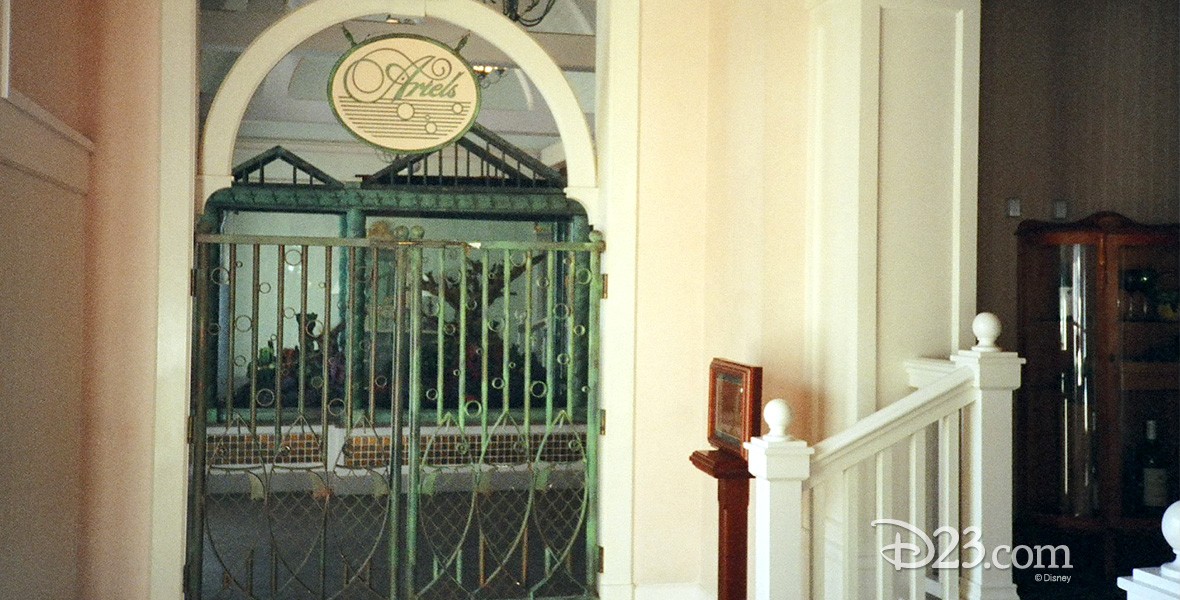 Ariel’s Seafood restaurant with a nautical motif at the Beach Club Resort at Walt Disney World. It opened on November 19, 1990 and closed on May 3, 1997. The restaurant was later used as a special event space. It reopened for several months in 2017 when Captain’s Grille closed for refurbishment.