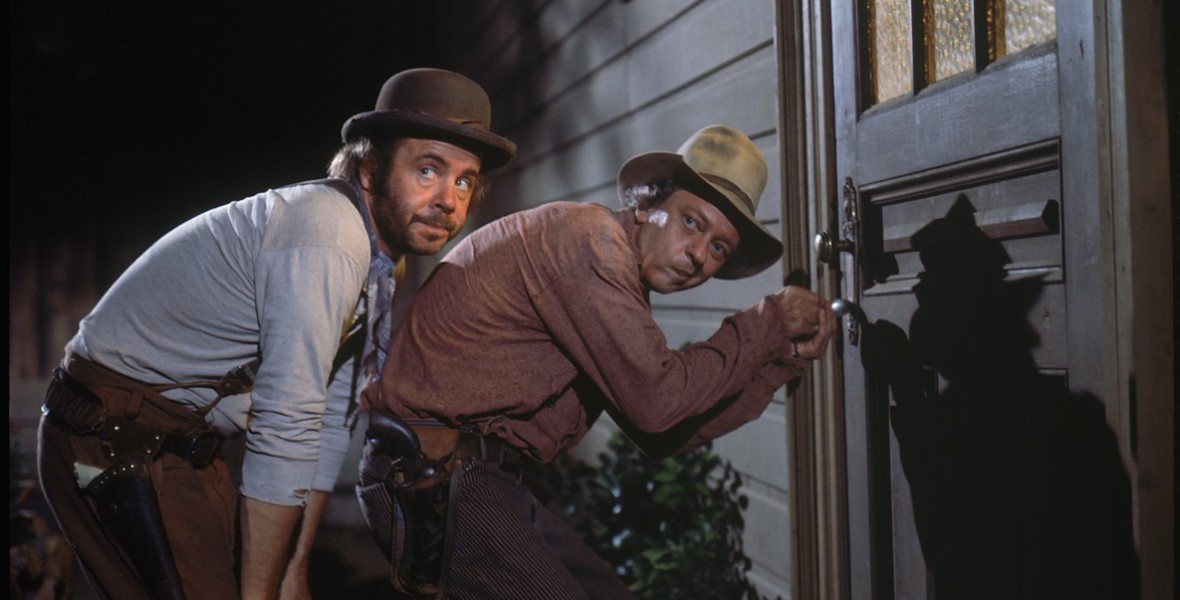 Apple Dumpling Gang, The (film) In 1879, gambler Russel Donavan arrives in Quake City, California, always looking for a profitable poker game.  But despite his frequent losses he ends up with a shipment of valuables consigned to a local ne’er-do-well who has lit out for San Francisco. The “valuables”—the Bradley orphans Bobby, 12, Clovis, 7, and Celia, 5—arrive aboard a stagecoach driven by pretty “Dusty” Clydesdale. Desperate, Russel tries to unload the brood, who discover a huge gold nugget in a nearby mine, causing unwelcome interest by the bumbling Hash Knife Outfit. As Russel rewards the now-famous orphans with their favorite meal of apple dumplings, the numbskull desperadoes try to steal the gold, but, as usual, are caught. However, the dangerous Stillwell gang also plans a bank heist, but are undone when the children and the Hash Knife Outfit, aided by Russel and Dusty, break into the holdup. Russel and Dusty marry, uniting the happy new family now known as “The Apple Dumpling Gang.” Released on July 4, 1975. Directed by Norman Tokar. 100 min. Stars Bill Bixby (Russel Donavan), Tim Conway (Amos), Don Knotts (Theodore), Susan Clark (Magnolia), David Wayne (Col. T. T. Clydesdale), Slim Pickens (Frank Stillwell), Harry Morgan (Homer McCoy), John McGiver (Leonard Sharpe), Don Knight (John Wintle), Clay O’Brien (Bobby Bradley), Brad Savage (Clovis Bradley), Stacy Manning (Celia Bradley). The story was based on the book by Jack M. Bickham. The song “The Apple Dumpling Gang,” was written by Shane Tatum and sung by Randy Sparks and The Back Porch Majority. While planning the sets for the film at the Disney Studio, the set designers decided that three copies of the bank had to be built. One was indoors on a sound stage (featuring exterior and interior sets), and two matching exteriors were built outdoors on the backlot, one of them roofless and with burned beams exposed, showing the aftermath of an explosion. Location filming took place at the Tropico gold mine in Rosamond, California, and in the Los Padres and Deschutes National Forests in Oregon. The pairing of Tim Conway and Don Knotts worked so well that they were teamed in several later Disney films. The great popularity of the film spawned a sequel in 1979, The Apple Dumpling Gang Rides Again. Released on video in 1980, 1985, and 1992. See Tales of the Apple Dumpling Gang for a television remake, along with the series Gun Shy.