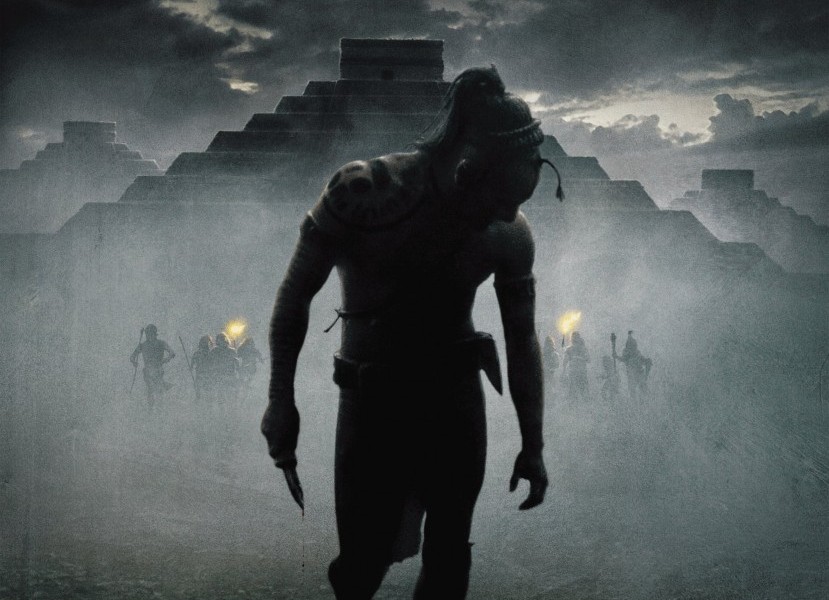 Apocalypto (film) The story is set in the times of the turbulent decline of the once great Mayan civilization. Jaguar Paw is a young father eking out a meager existence in the rain forest as a traditional hunter. His idyllic existence is brutally disrupted by a violent invading force, which captures him only after he manages to hide his pregnant wife and small son in a deep pit. Jaguar Paw is bound to a pole and taken on a perilous march through the forest to a great Mayan city, a city ruled by fear and oppression, where he is chosen to be sacrificed to the gods atop a mighty pyramid. Through a twist of fate and spurred by the power of his love for his woman and his family, he is able to make a desperate break for freedom, embarking on a long and harrowing foot chase, pursued by fierce warriors, to return home and attempt to save his way of life. A Touchstone Picture. Directed by Mel Gibson. Released on December 8, 2006. Stars Rudy Youngblood (Jaguar Paw), Dalia Hernandez (Seven), Jonathan Brewer (Blunted), Morris Birdyellowhead (Flint Sky), Carlos Emilio Baez (Turtles Run), Amilcar Ramirez (Curl Nose), Israel Contreras (Smoke Frog), Raoul Trujillo (Zero Wolf), Gerardo Terracena (Middle Eye). (138 min. Shot on location in Mexico’s Catemaco rain forest and in Veracruz, with a cast made up entirely of indigenous peoples from the Americas. The dialogue is entirely in the Yucatec language, the primary Mayan dialect spoken in the Yucatan peninsula today. Filmed in Super 35 Scope. Released on DVD in 2007.