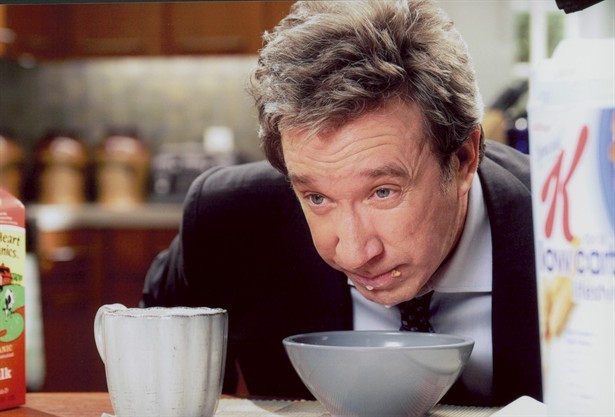 Allen, Tim Actor/comedian; starred in The Shaggy Dog (Dave Douglas), The Santa Clause (Scott Calvin), Jungle 2 Jungle (Michael Cromwell), Big Trouble (Eliot Arnold), The Santa Clause 2 and The Santa Clause 3: The Escape Clause (Scott Calvin), Wild Hogs (Doug Madden), and on television in Home Improvement. He also appeared in Disney’s Great American Celebration and The Dream Is Alive. He provided the voice of Buzz Lightyear in Toy Story, Toy Story 2, and Toy Story 3, and Toy Story 4, as well as in Ralph Breaks the Internet. He also provided the voice of Buzz again on television in Buzz Lightyear of Star Command. He narrated Chimpanzee. His book, Don’t Stand Too Close to a Naked Man, was published in 1994 by Hyperion. For a time in 1994, he had the honor of being in the number-one television series, the number-one motion picture, and having the number-one book on the best seller lists. He was named a Disney Legend in 1999.