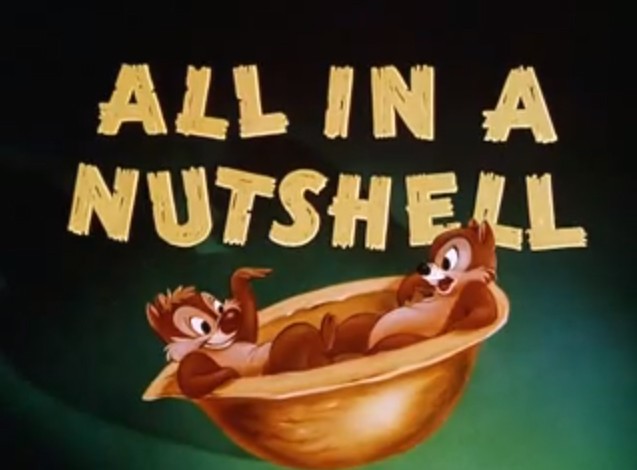 All in a Nutshell (film) Donald Duck cartoon. Donald steals Chip and Dale’s nuts for his nut-butter shop, which is shaped like a giant walnut. The chipmunks think the shop is a real nut. After they crack open the roof, they steal the nut butter, with Donald chasing after them. When Donald runs into a tree and knocks himself silly, Chip and Dale load him into a log like a cannonball and drop a hornets’ nest into the log to “shoot” Donald into a nearby lake. Released September 2, 1949, directed by Jack Hannah.

All Because Man Wanted to Fly (film) All New Adventure of Disney’s Sport Goofy, An; Featuring Sport Goofy in Soccermania (television)