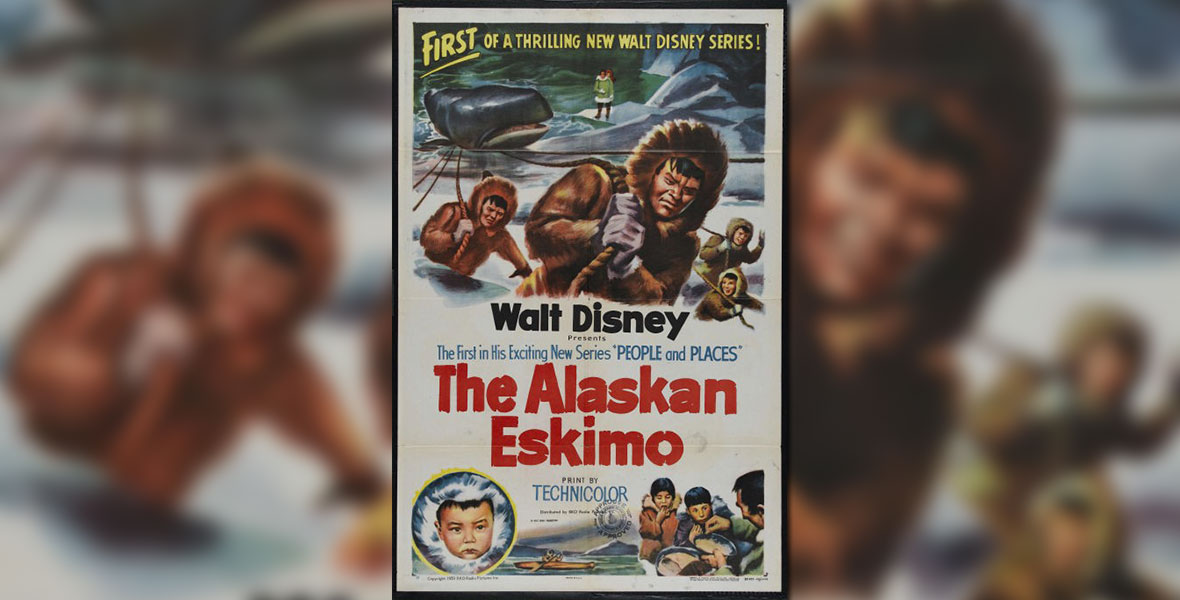 Alaskan Eskimo, The (film) People and Places featurette, released on February 18, 1953. Directed by James Algar. 27 min. Utilized footage shot in Alaska by the team of Alfred and Elma Milotte, depicting the everyday home life of the families in a typical Eskimo village. The building and hunting activities of the summer, the winter activities underground when the blizzards come, and the celebration of spring with the “mask dance” are all shown. Walt Disney originally sent the Milottes to Alaska to film anything they found of interest, but when he selected their footage of the seals (for Seal Island) and wanted to present it with no indication of man’s presence, there was no use for the rest of their film. So, some of the footage detailing the everyday home life of Eskimos in a typical village was edited together to become this first People and Places featurette, the forerunner of a number of such travelogues. The project was as successful as Seal Island had been, for The Alaskan Eskimo also won an Academy Award.