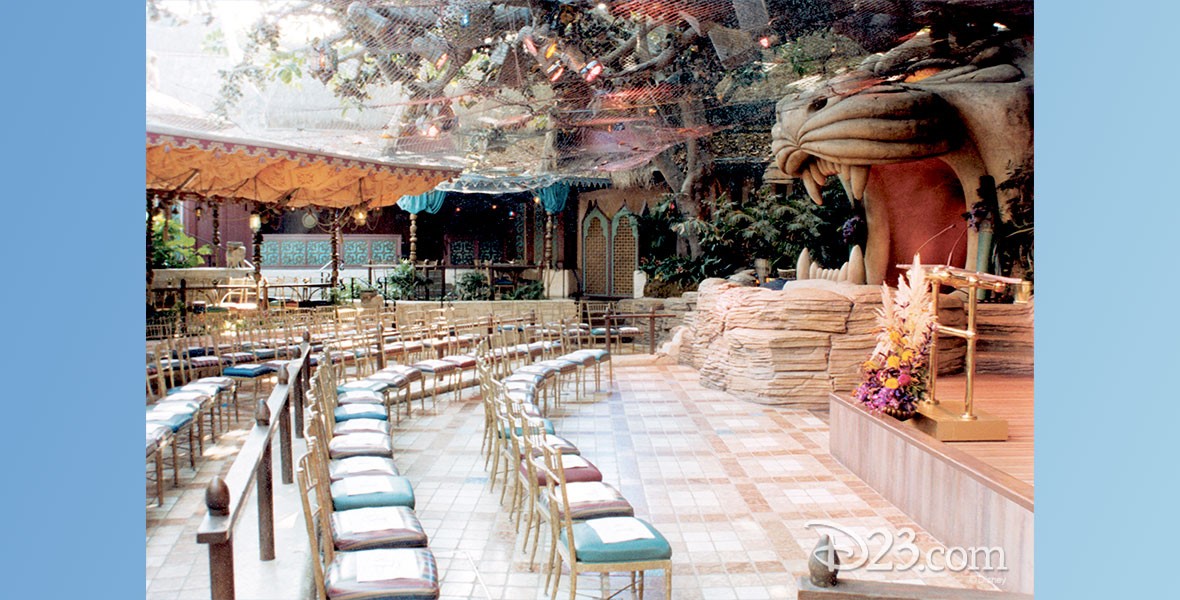 Aladdin’s Oasis Taking the place of the Tahitian Terrace at Disneyland on July 2, 1993, and tied in with the release of Aladdin, this dinner theater presented an Aladdin-themed show and featured “Americanized” Middle Eastern cuisine. The show was discontinued after a few years, but the restaurant opened during peak periods, and beginning in 1997, the venue was used for storytelling. In 2018, the venue was replaced by the Tropical Hideaway.