Home / Disney A to Z / A / Adventures of Bullwhip Griffin, The (film) 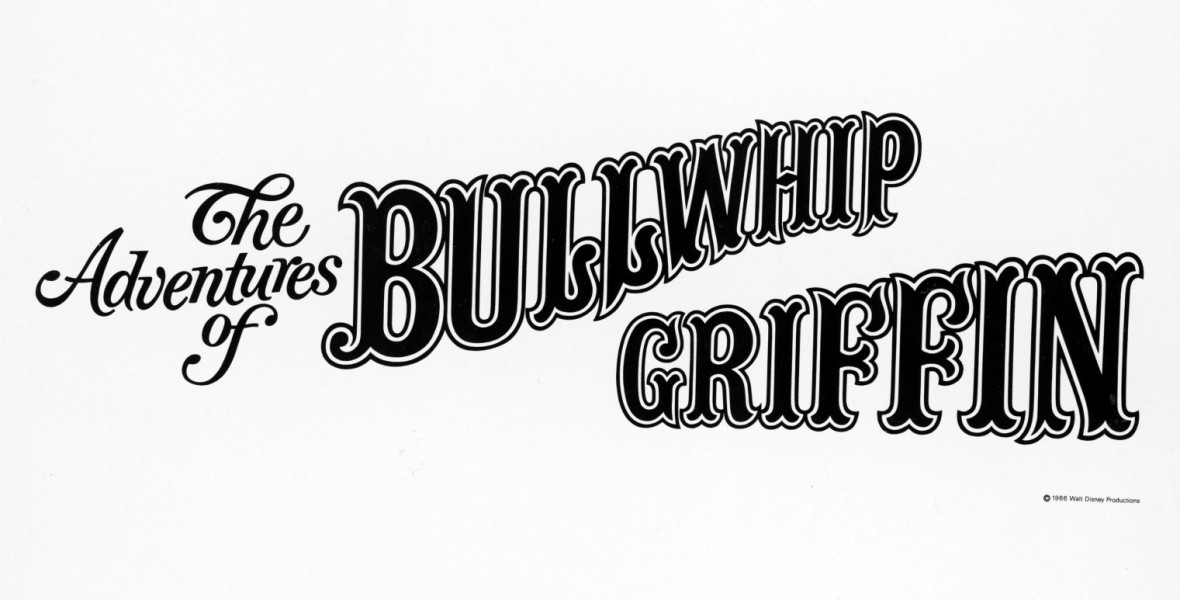 Adventures of Bullwhip Griffin, The (film) At the time of the California Gold Rush, a young boy from Boston runs away to California to try and restore his family’s fortune, pursued by the very proper family butler. The butler, Griffin, as the result of a lucky punch, becomes mistakenly renowned as a boxer. In a series of adventures, both boy and butler tangle with a crook who uses many disguises. But they find their fortune, and the staid butler becomes his own man and marries the boy’s attractive older sister. Released on March 3, 1967. Directed by James Neilson. 110 min. Stars Bryan Russell (Jack Flagg), Roddy McDowall (Bullwhip Griffin), Suzanne Pleshette (Arabella Flagg), Karl Malden (Judge Higgins), Harry Guardino (Sam Trimble), Richard Haydn (Quentin Bartlett), Hermione Baddeley (Irene Chesney). Haydn had 16 years earlier voiced the Caterpillar in Alice in Wonderland. Released on video in 1986. Based on the book, By the Great Horn Spoon, by Sid Fleischman. Ward Kimball was credited with “titles and things,” which included some inventive animation tidbits.

Adventures in Wonderland Adventures of Chip ‘n Dale, The (television)