In Marvel Studios’ Eternals, 10 new Super Heroes from the cosmos become part of the Marvel Cinematic Universe (MCU). Opening exclusively in theaters Friday, the highly anticipated film hails from Oscar®-winning filmmaker Chloé Zhao, a lifelong Marvel fan. “The MCU is full of heart—a world filled with great characters and epic adventures. It’s made by people who truly love storytelling and have immense respect for their fans,” says Zhao. “I came into the process as a filmmaker and also as a fan. To be able to make a standalone movie, but also to celebrate what came before us, to expand the mythology and to shape the future of the MCU, was an exciting challenge and an honor to be a part of.”

Drawing inspiration from Disney Legend Jack Kirby’s original comics, Eternals paints an epic picture that spans 7,000 years. What else should you know before seeing it? Read on… 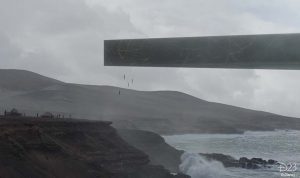 1. Who are the Eternals?

The Eternals are a race of immortal aliens from the distant planet Olympia who arrived on Earth thousands of years ago to protect humanity from a race of alien predators called the Deviants. The Eternals were alerted to the Deviant threat by the Celestials, a race of cosmic builders first seen in Marvel Studios’ Guardians of the Galaxy (2014). The Eternals are led by Ajak (Salma Hayek), the only member with a direct connection to the Celestials. The other Eternals are Sersi (Gemma Chan), Ikaris (Richard Madden), Thena (Angelina Jolie), Kingo (Kumail Nanjiani), Sprite (Lia McHugh), Phastos (Brian Tyree Henry), Makkari (Lauren Ridloff), Druig (Barry Keoghan), and Gilgamesh (Don Lee). The Eternals are a diverse and powerful group, consisting of both thinkers and fighters. They share the same cosmic energy, which manifests itself in different powers within each individual, and when they work together, their powers complement each other. (ICYMI, meet the Eternals here.) 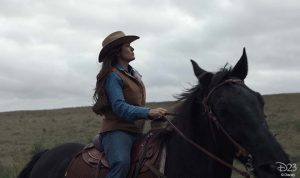 2. Why have the Eternals remained in the shadows?

In theory, the Eternals could have intervened when Thanos (Josh Brolin) acquired the six Infinity Stones required to eradicate half of all life in the universe with the snap of a finger. They could have stopped Ultron (James Spader) from destroying the capital city of Sokovia. And surely, the Eternals could have prevented Loki (Tom Hiddleston) from invading New York City with the Chitauri army. So, why didn’t they? Quite simply, it goes against their mission. Their job is to protect humanity from the Deviants—nothing more, nothing less. But after the Deviants mysteriously return, they can no longer sit on the sidelines. As Ajak says in the film, “We have watched and guided. We have helped them progress and seen them accomplish wonders. Throughout the years, we have never interfered… until now.” 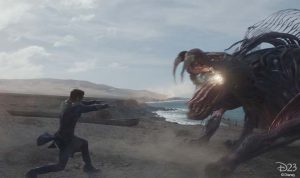 3. What brings the Deviants back?

As Ajak explains in the final trailer, “Five years ago, Thanos erased half of the population of the universe. But the people of this planet brought everyone back with the snap of a finger. The sudden return of the population provided the necessary energy for the Emergence to begin.” Now, the Eternals have just seven days to reunite and prevent a global catastrophe. 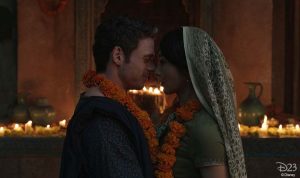 4. When does Eternals take place?

The story takes place across two time periods. One storyline is set in the past when the Eternals operated as a formidable team and a close family unit. The second storyline is set in the present, when the group has broken up and lives among humans, hiding in plain sight. As time passed, the Eternals’ personalities evolved, as did their dynamics. The Eternals’ secret presence within society over thousands of years led to some of them, like Sersi, to become attached to the human race. Equally, some of the Eternals have become frustrated and would like to head off on a different mission or return to their home planet. But the reemergence of the Deviants means the Eternals will need to put their differences aside…

“For me, each of these Eternals and the emotional journey and transformation they go through in this film represent an aspect of human nature that we like to explore,” Zhao explains. “They represent an exploration of the duality in each of us. So, in a way, the 10 of them have lived for 7,000 years, but what they picked up from us that they love or hate says a lot about who they are, but also says a lot about who we are.” 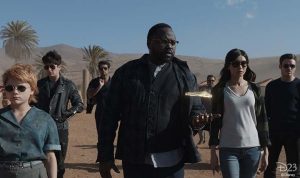 5. Where can I purchase tickets to see Eternals in theaters?

Visit Fandango or other retailers for showtimes and tickets.