We’re only a few days away from getting to experience Marvel Studios’ Eternals, the 25th film in the Marvel Cinematic Universe (MCU)! Opening in theaters November 5, Eternals introduces 10 Super Heroes from beyond the stars who had protected the Earth since the dawn of man. When monstrous creatures called the Deviants, long thought lost to history, mysteriously return, the Eternals are forced to reunite so they can defend humanity once again. D23 recently attended a virtual press conference with the cast and crew, where they discussed bringing Disney Legend Jack Kirby’s characters to life for the first time onscreen.

Eternals producer Kevin Feige, president of Marvel Studios, said, “In a post-Infinity Saga world, we wanted to take a bold new step and say, ‘You don’t know everything about the universe yet. There are 10 spectacular Heroes you haven’t met who have been here the whole time.” In her pitch, Academy Award®-winning filmmaker Chloé Zhao showed Feige and his team a photo of sand, then quoted a poem from William Blake. “I was still allowed to stay in the room, so that was really nice!” Zhao said with a laugh. “In the poem, Blake was trying to convey that you can see the endless beauty and the meanings of the cosmos within the smallest things you can find on Earth. The vision of the film was to capture that scale—something as large as the creation of the sun and as intimate as whispers of lovers.”

Before Eternals opens in theaters, enjoy nine highlights from the press conference: 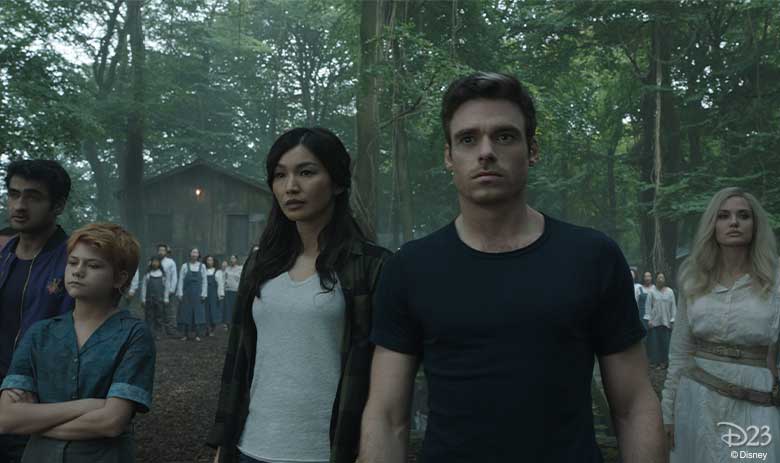 1. The characters mirror aspects of the actors who play them.
“I was attracted to this project for many reasons. I am a fan of the MCU, and I was a big fan of Chloé’s,” said Angelina Jolie, who plays the warrior Thena. The Oscar®-winning actress said she was sold on “the idea of what this family would be,” explaining, “I just wanted to be a part of this family before I even knew very much about who I was going to play.” Zhao’s work had always been rooted in reality, Jolie added, and Eternals is no exception. “A lot of us were cast to bring out something from our own lives—something within ourselves that maybe we weren’t even aware of—and then let it live and let it grow within the film,” Jolie said. Mission accomplished: “My children said it was the most like me they’ve seen.” 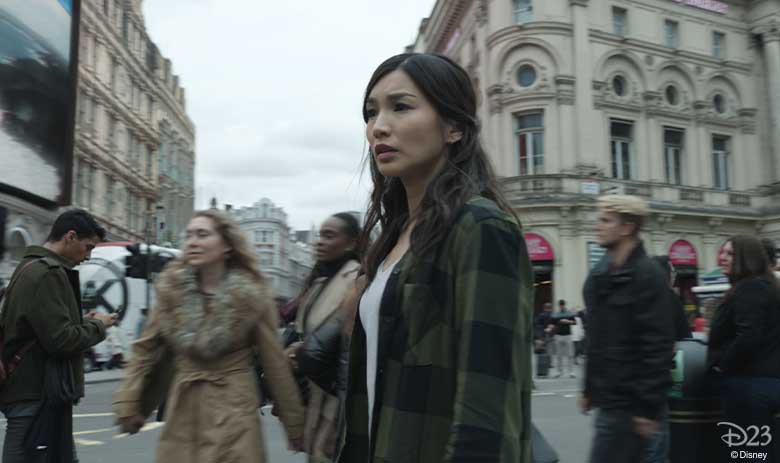 2. The Eternals fall into one of two categories: Thinkers or fighters.
“Sersi is a superhero, but her powers are not the most obvious or the flashiest,” Gemma Chan said of her character. “She’s not the best fighter, but what she does have is empathy and a real affinity for humankind and Earth. And she’s a free spirit. I loved that. One of the most enjoyable things about the film was going on that journey with this character; it’s kind of her coming-of-age, even though she’s probably thousands of years old. She learns to trust herself and to grow into her own power. It was a really interesting thing to explore.” 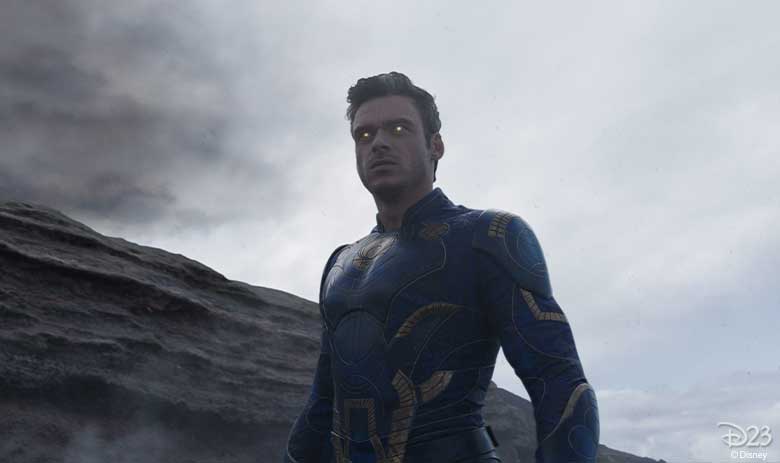 3. Lovers or fighters? In Eternals, they’re often one and the same.
Richard Madden—who stars as Ikaris, the moral center of the group—said he was excited “to play someone who’s such a soldier but is completely driven by love.” Ikaris doesn’t necessarily see that as a good thing, though. “He’s trying to bury that love because it gets in the way of his duty,” Madden explained. “And so, he’s constantly wrestling with the two.” 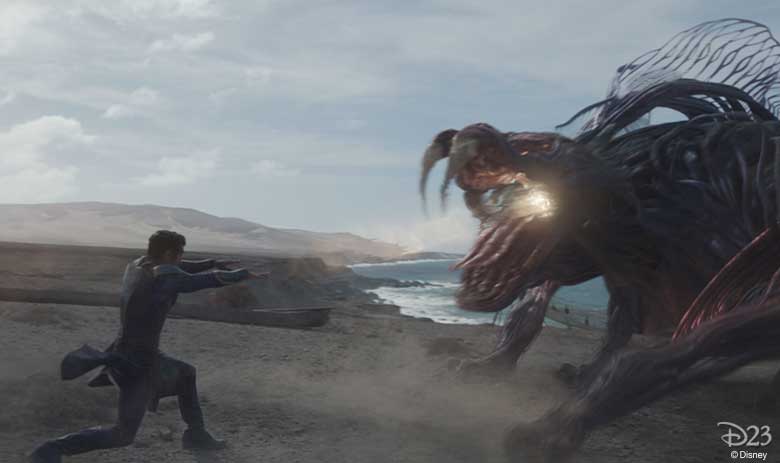 4. The Eternals have forged their own identities over time.
After the Eternals went their separate ways thousands of years ago, they were meant to keep a low profile. Kingo, played by Kumail Nanjiani, instead decided to become a Bollywood movie star—something he did for generations by creating an acting dynasty (if you can call it that). “Oh, by far the hardest thing was the dancing,” Nanjiani admitted. “I’m going to put Chloé on the spot: She lied to me! When we first talked about the movie, she was like, ‘There’s a Bollywood dance sequence,’ and I said, ‘Chloé, I don’t think I can do that.’ She said, ‘OK, we’ll make it a Bollywood action scene.’ And then soon as I got to set in London, she said, ‘It’s a dance sequence.’ I was like, ‘Get me a dance teacher right now then!’” Choreographer Nileeka Bose “was wonderful,” Nanjiani said, and worked with him for months since “it was so outside my comfort zone.” Even though he joked that Zhao lied to him, he always knew he was in good hands. “Even in meeting her, I was like, ‘Oh, she’s not going to let me suck in this thing. If she wants me to do something, I’m going to do it,’” Nanjiani said. “I completely trusted her. She had this whole movie, this whole universe, in her head. I didn’t understand it until I watched the movie—but I knew enough to trust her.” 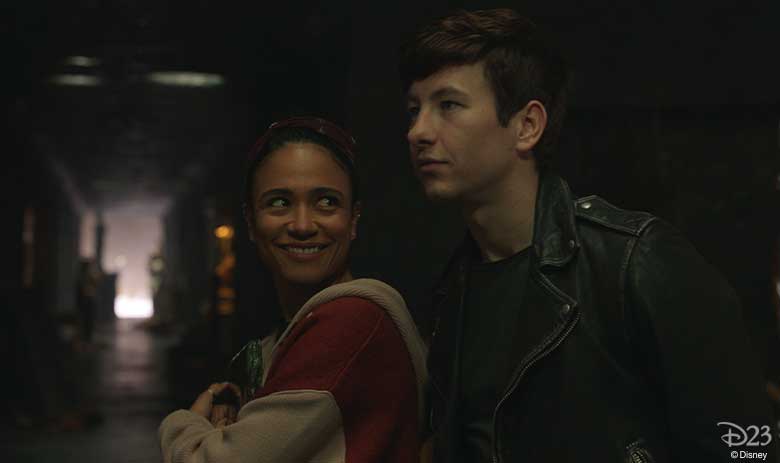 5. The actors weren’t limited to what was on the page.
The natural chemistry between Barry Keoghan, who plays Druig, and Lauren Ridloff, who plays Makkari, bled into the relationship between their characters. Zhao noticed them improvise with such ease that it would be impossible not to explore that onscreen. “I went, ‘Whoa! What’s happening?’” Zhao recalled. “Sparks everywhere! Initially, that was not the intention, but it was because of that meeting that we said, ‘Maybe we should play into it.’”

Speaking through her American Sign Language (ASL) interpreter, Ridloff said, “I think the relationship between Makkari and Druig really came as a surprise for several people here onstage. Within the script, it wasn’t really so apparent. Chloé, under her brilliant direction, wanted us to imply there was a lot more to Druig and Makkari. What actually brought them together is that they’re both very impatient and they have a lot of power, but they’re told to hold themselves back. Druig and Makkari are mischievous, and they also have fun.” 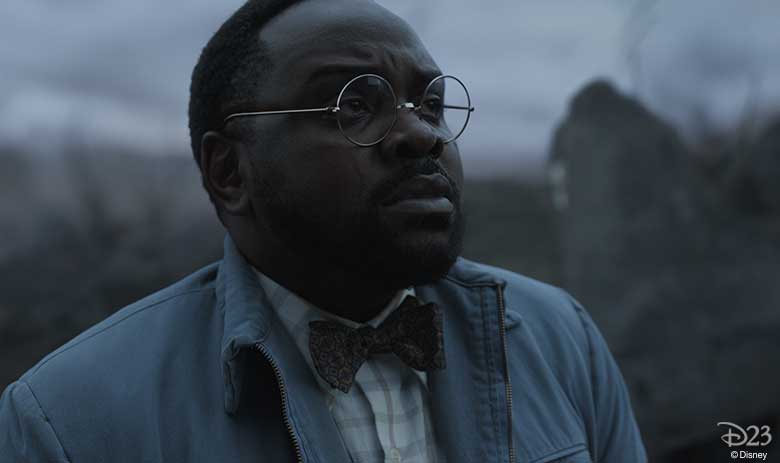 6. Eternals represents the most international and diverse cast to date in the MCU.
Brian Tyree Henry plays Phastos, whose cosmic energy gives him the power to help advance mankind. Admittedly, he was surprised when Zhao and producer Nate Moore called to offer him the role. “They said, “So, we want you to be a Super Hero.’ I was like, ‘Cool. How much weight do I have to lose?’ Chloé was like, ‘What are you talking about? We want you exactly as you are.’ To be a Black man, to have someone look at you and say, ‘We want you exactly the way you are,’ is unlike anything I’ve ever felt.” Henry was excited to work with a “beautiful palette of people” to bring Eternals to life. “This is what families look like; this is what they are. And if not, this is what they should be. What Eternals really brings to the surface is that this is a family, this is who we are, and this is what we look like.” Don Lee, who stars as Gilgamesh, added, “I was so impressed by the great, diverse cast from all over the world.” Agreeing, Nanjiani elaborated, “The diversity of the cast is something we talked about a lot, but the way Chloé approached it was so interesting. It wasn’t as if to make a point; it was as if to say, ‘This is how things should’ve always been.’” 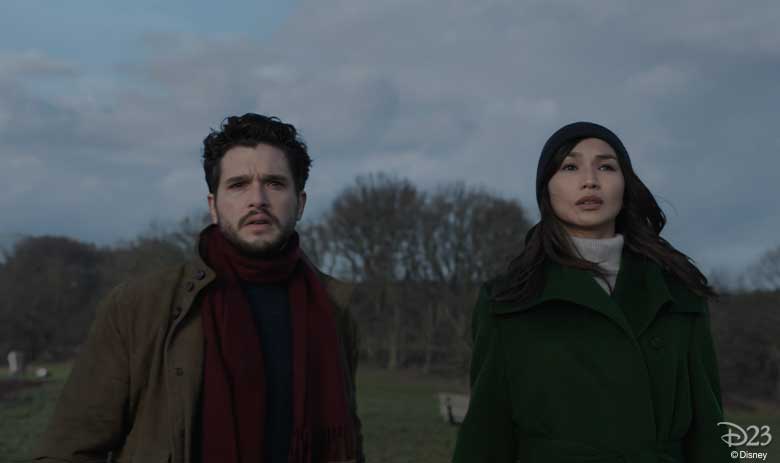 7. Not everyone in the film answers to a Celestial.
Kit Harington plays Dane Whitman, a non-Eternal who works at the Natural History Museum in London and has a special connection with Sersi. “It’s me and Phastos’ husband and kid who are representing humanity,” Harington said. “I felt that from the beginning, I had to represent something that was worth saving, maybe. I hope Dane comes across as a nice, standup guy. One thing I really respect him for is that a man flies out of the sky, shoots lasers out of his eyes, and steals his girlfriend—and he’s cool with it! That’s Dane.” 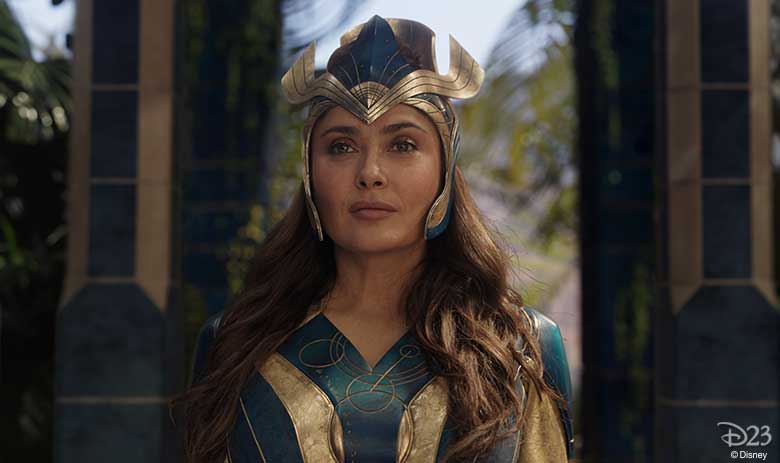 8. Eternals proves the so-called rules were made to be broken.
Salma Hayek stars as Ajak, the only Eternal with a direct connection to the Celestials, a race of cosmic builders who were first seen in Marvel Studios’ Guardians of the Galaxy. The role came as a surprise to Hayek—and not just because her character was male in the comics. “I dream big, and if I hadn’t, I wouldn’t have gotten here at all,” Hayek said. “In my big dreams, I always wanted to be a Super Hero.” Hayek worried she may have missed the chance to realize that dream… until Zhao came calling with an offer she couldn’t refuse. “It’s very humbling when, in the middle of your 50s, a brilliant director gives you the opportunity to do something that comes from a deep place and is also a big action movie.” 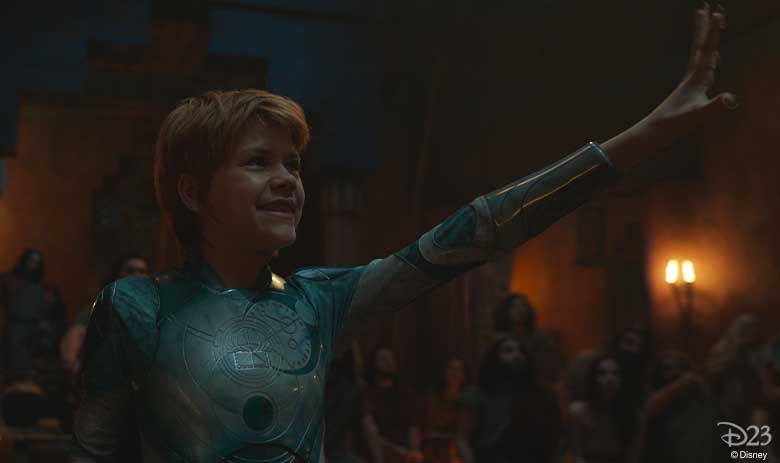 9. Despite appearances, the Eternals have a long history.
Sprite, played by Lia McHugh, may be 7,000 years old—but she exists in the body of a 12-year-old girl. It’s understandably frustrating for Sprite, as she does not want to be treated like a child. “I’ve always looked younger than I actually am, and people always assume that I’m younger than I am, so I really related to Sprite in that way,” McHugh said. “There are a lot of layers to Sprite. In every scene, she goes through a lot of emotions, but she expresses them in a sort of sassy, temperamental way—like an old lady would.” Zhao wanted her to channel actress Maggie Smith, McHugh added, but still retain “the wonderment of a child.”