During the Disney+ First Look Showcase at D23 Expo 2019 Friday, attendees were the first to see trailers for original movies and series premiering on Disney+, the ultimate streaming destination for films and shows from Disney, Pixar, Marvel, Star Wars, and National Geographic. Disney+ will launch in the U.S. November 12, available for $6.99 per month. D23 Members can take advantage of a special “Founders Circle” offer, priced at $23 less per year with a three-year commitment—or 33 percent off the standard annual price. This limited-time offer is open to D23 Members until September 2, 2019.

Encore!
Executive producer Kristen Bell brings together former high school musical castmates, tasking them with re-creating their original performance in a reunion unlike any other. Emotions run high as the former students face faded friendships, former flames, self-doubt, and killer choreography. Through it all, each unlikely group of friends—with the help of Broadway’s biggest and brightest stars—just might pull off a standing-ovation-worthy performance of musicals like The Sound of Music and Beauty and the Beast.

High School Musical: The Musical: The Series
The 10-episode scripted series, set at the real-life East High, where the Disney Channel Original Movie and its sequels were filmed, follows a group of students as they count down to opening night of their school’s first-ever production of High School Musical. With meta references and some docu-style elements, it’s a modern take on the “classic” from 15 years ago. Show-mances blossom; friendships are tested, while new ones are made; rivalries flare; songs are sung; and lives are changed forever as these young people discover the transformative power only high school theater can provide. Joshua Bassett, Olivia Rodrigo, Kate Reinders, Sofia Wylie, Matt Cornett, Dara Reneé, Julia Lester, Frankie A. Rodriguez, Larry Saperstein and Mark St. Cyr star in the fresh take.

Lady and the Tramp
This is a timeless re-telling of the 1955 animated classic about a prim and proper house dog and a tough, but lovable stray. Despite their different upbringings, they grow closer and come to understand the true meaning of “home.” Directed by Charlie Bean, from a screenplay by Andrew Bujalski, it stars Tessa Thompson (voice of Lady) and Justin Theroux (voice of Tramp), Kiersey Clemons (Darling), Thomas Mann (Jim Dear), Janelle Monáe (voice of Peg), Yvette Nicole Brown (Aunt Sarah), and Sam Elliot (voice of Trusty).

The Mandalorian
Written and executive-produced by Emmy®-nominated producer, actor and Disney Legend Jon Favreau, The Mandalorian is the first ever live-action Star Wars series. Set after the fall of the Empire and before the emergence of the First Order, the series follows a lone gunfighter in the outer reaches of the galaxy far from the authority of the New Republic. The cast includes Pedro Pascal, Gina Carano, Carl Weathers, Giancarlo Esposito, Emily Swallow, Omid Abtahi, Werner Herzog, and Nick Nolte. Executive producer Dave Filoni directed the first episode, with Deborah Chow, Rick Famuyiwa, Bryce Dallas Howard and Taika Waititi directing subsequent episodes. Kathleen Kennedy and Colin Wilson are producers and Karen Gilchrest is co-executive producer.

Noelle
Nick Kringle (Bill Hader) may be first in line to become Santa Claus, but he struggles every step of the way. His little sister, Noelle (Anna Kendrick), enjoys all the perks of being a Kringle without any of the expectations or responsibility. As Christmas draws near, Nick caves to the pressure and disappears just weeks before the big day. Now it’s up to Noelle to scour the globe to find him, bring him home, and save the holiday. Kingsley Ben-Adir, Billy Eichner, Julie Hagerty, and Shirley MacLaine round out the cast.

The World According to Jeff Goldblum
Through the prism of Jeff Goldblum’s inquisitive and highly entertaining mind, nothing is as it seems in this new series. Each episode is centered around something everyone loves—like sneakers or ice cream—as the actor pulls the thread on these deceptively familiar objects and unravels a wonderful world of astonishing connections, fascinating science and history, amazing people, and countless surprising big ideas and insights.

One Day at Disney
On February 21, 2019, more than 70 unique photo shoots took place around the world, as Disney dispatched photographers to capture images of the employees and cast members who drive creativity and innovation at The Walt Disney Company. From Shanghai Disneyland and ESPN to Pixar and the set of Modern Family, these spectacular photographs—and the stories behind them—will be featured in the hardbound, collectible book by Bruce Steele, out December 3 (available for pre-order).

The magical trailer was unveiled during a media preview Thursday night. The same day the book hits shelves, the feature-length documentary will debut on Disney+, followed by a new, 52-episode short-form series, with episodes ranging in length between four and seven minutes. Debuting weekly, each will profile a single remarkable person and their unique job at The Walt Disney Company—including new Disney Legend Robin Roberts! 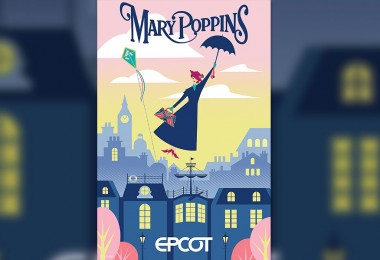 Every Incredible Announcement from Disney Parks, Experiences and Products at D23 Expo 2019 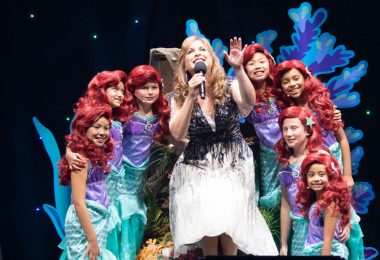 D23 Expo Goes Under the Sea with “The Little Mermaid: The 30th Anniversary Celebration!”