Ward Kimball, a Disney Legend and one of Walt Disney’s esteemed “Nine Old Men,” was born in Minneapolis, Minnesota on this day in 1914. Joining Disney in 1934 at age 20, Ward progressed from apprentice animator to supervising animator to director and producer, working on most of Walt Disney’s animated films, many Disney television features and even Disney theme park attractions. Ward’s zany sense of humor is still evident to visitors at the Walt Disney Studios in Burbank, California, where his handprints are immortalized in the Legends Plaza. After placing his handprints in the cement, he decided to place a single finger between two of his fingerprints to be the only eleven-fingered handprint on the lot. In 2006, Disneyland Park officially introduced the fifth steam engine on the Disneyland Railroad… the Ward Kimball, as a tribute to the man who had a passion for trains. In addition to his name, which appears on the side of the engine, the locomotive can be recognized by the silhouette of Jiminy Cricket on the smokestack, perhaps one of his most-beloved animated creations. 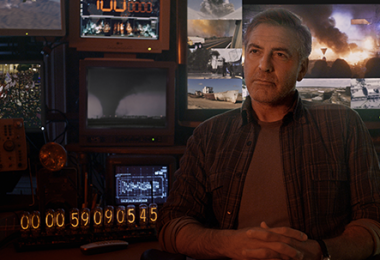 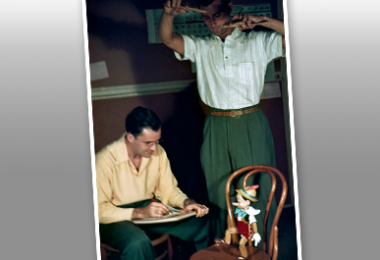