Home / Walt Disney Archives / This Day In Disney / Bela Lugosi Spends the Day at the ...

What do Dracula and the demon character Chernabog from Fantasia have in common? Hollywood legend Bela Lugosi first portrayed the most famous Count on Broadway and later starred in the title role of the 1931 classic horror film Dracula. Although he went on to appear in more than 100 other films, including The Raven and Son of Frankenstein, it was his role as Dracula for which he is best remembered and which helped shape the legend of the famous Count as we recognize him today. On this day in 1939, Bela Lugosi spent the day at the Disney Studios, posing for animators and being filmed as live-action reference, posing for the devilish Chernabog in the “Night on Bald Mountain” segment of the film Fantasia. Ultimately, it was not Lugosi’s likeness that appeared in the character, as animator Bill Tytla was not satisfied with the footage and shot other reference materials. 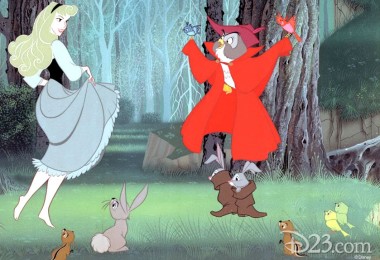