D23 didn’t need to travel to Agrabah to learn all about The Walt Disney Studios’ live-action adventure Aladdin. In fact, the cast and crew rolled out the magic carpet here in Los Angeles Sunday, where co-stars Will Smith, Mena Massoud, Naomi Scott, Nasim Pedrad, and Navid Negahban joined director Guy Ritchie, composer and Disney Legend Alan Menken, and production designer Gemma Jackson for a Q&A before the movie flies into theaters May 24, 2019.

Prior to the global press conference, Menken delighted the audience with a marvelous musical medley featuring songs from Beauty and the Beast, Enchanted, Hercules, The Hunchback of Notre Dame, The Little Mermaid, Pocahontas, Tangled, and, of course, Aladdin.

Everyone who spoke mentioned how enchanting the experience was. “Disney magic is real,” Smith said. “This is my first Disney movie… and at the core of these stories is something that shocks the inner child in you. It forces it to come alive and smile and appreciate the moment.”

Here are nine things we learned from the Aladdin press conference: 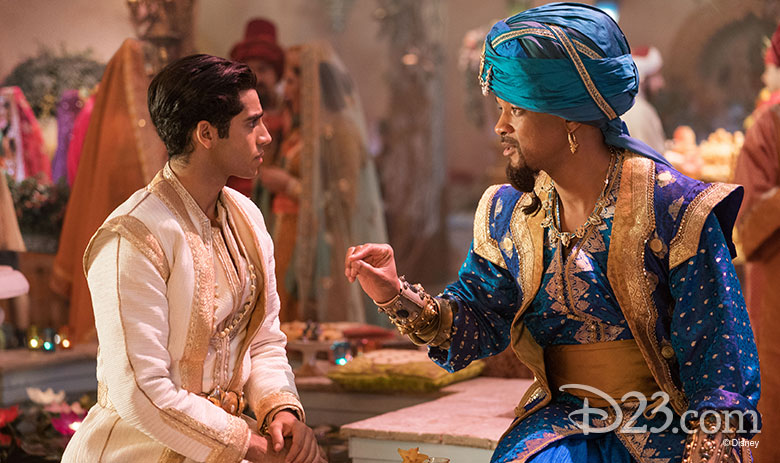 1. Will Smith was nervous about playing such an iconic role.
The late Robin Williams, who originated Smith’s role in the 1992 animated film, “didn’t leave a lot of room to add to the Genie,” the actor explained. “So, I started off fearful. But then when I got with the music, it started waking up that fun, childlike, silly part of me.” Everything clicked after Smith began retooling “Friend Like Me,” layering it over samples of The Honeydrippers’ “Impeach the President” and Erik B. & Rakim’s “I Know You Got Soul,” among other songs. “I started playing with the hip-hop flavor. The Genie was really born, in my mind, from the music.”

Menken was impressed. “I liken myself to an architect; I design a house that others are going to live in—and Will, man, you threw a heck of a party in that house!” he said with a laugh. “I just loved it! Once he did that, I went, ‘Back off and let him do what he does, because it’s so good!’”

2. Guy Ritchie made the movie for his children.
Considering his oeuvre, Ritchie was an unlikely—if not inspired—choice to direct. “You’ll be surprised how familiar I am in this territory, considering I’ve got five kids, and the oldest one is 18,” he said. “By family demand, it was about time I made a movie that we could all watch together. Aladdin ticked the box in that he was a street hustler, and I was a familiar with that territory. And my wife is a big Disneyphile, so anything to do with Disney Princesses is high on her list. And frankly, I was just ready to do something in this world.” Massoud, who plays the titular street rat, is grateful Ritchie was leading the charge. “The beautiful thing Guy does on set is he creates a sense of family and community,” the actor said. “Everybody feels free to create… He allows us to play, and I think that’s something no one else could have done as well as Guy.”

Pedrad, who plays Dalia, agreed. “Guy is truly the least rigid filmmaker,” she added. “When I watch the film, so much of the joy onscreen came from his spontaneity and his comfort in finding something on the day, which I would imagine was a challenge for a movie of this scale.”

3. Diversity was at the forefront of the studio’s, cast and filmmakers’ minds.
“I’m especially proud of the representation and the ethnically diverse casting that was put together for this. It’s not often you can go to a movie theater and see all people of color represented like this. It’s certainly something that I was missing in my childhood,” Massoud said. “I’m proud of the cast and the casting that Guy and Disney put together. I’m excited for little boys and girls to see people that look like them onscreen, man. That’s what I’m proud of.”

“I’m a ‘90s kid, so for me, Aladdin was like golden age Disney,” said Pedrad, echoing the sentiments of Massoud and the others onstage. “That film resonated with me as a child, because it was the first time I saw a Middle Eastern protagonist in a major motion picture.” 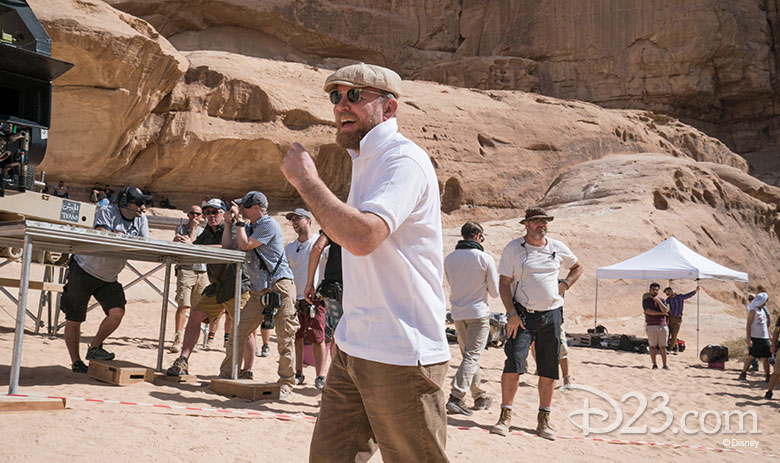 4. Guy Ritchie can’t mask his emotions.
Smith joked that the director was always the first to burst into tears on set—prompting a slightly embarrassed Ritchie to say, “I have no idea where I got this reputation from!” Without missing a beat, Smith shot back, “You got it from crying on the set every time you saw a good performance!” Scott and Smith then revealed the cast even gave him a nickname: “Cry Ritchie.” 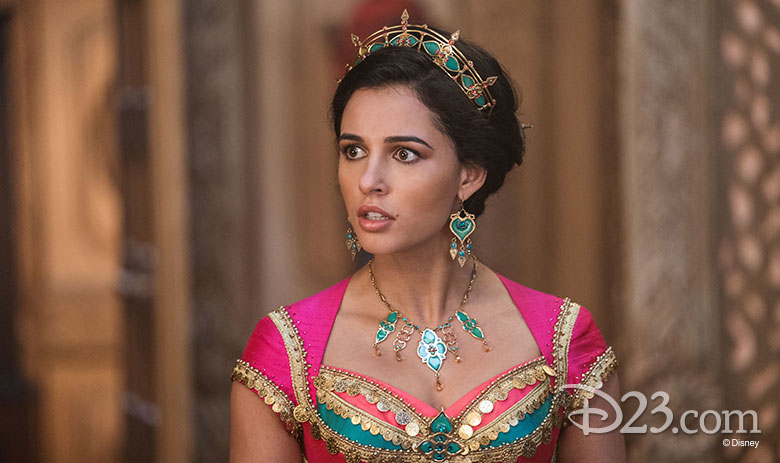 5. Princess Jasmine gets a new motivation.
Suitors from all over the world have tried and failed to woo Princess Jasmine (Scott)—because, as everyone knows, she’s not a prize to be won. As a matter of fact, Jasmine believes she could reign over Agrabah by herself—if only her father would allow it. “It was a natural progression,” Scott said of giving Jasmine more agency. “The fact that she wants to become the leader, I just want people to walk out and go, ‘Oh, yeah! That makes sense, right? She should be the leader.’”

“It’s not this thing that’s been shoehorned in,” Scott added. “It just makes sense.” 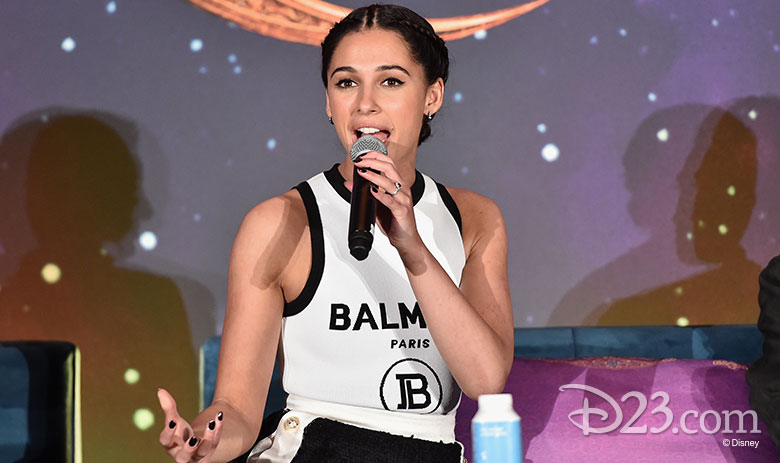 Jasmine makes her point loud and clear through “Speechless,” a new tune from Menken and lyricists Benj Pasek and Justin Paul. Ritchie called it “the best song” in the movie and joked that directing that particular scene is how he earned his new nickname. The reason? Scott delivered a “spectacular” performance and earns her right to the throne. “It’s not really about gender as much as it is about an individual standing up for themselves during a pertinent time.” 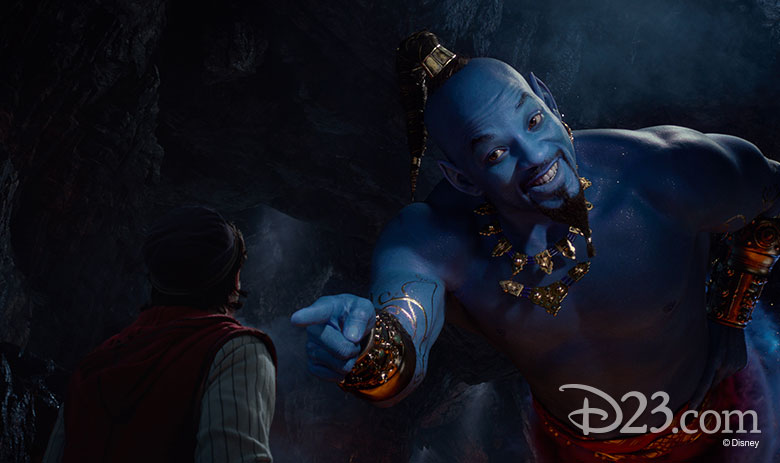 6. Genie isn’t exactly what he seems.
In certain scenes, Smith’s Genie appears in human form, so as not to raise any eyebrows in Agrabah. But when Genie appears in all his blue glory, audiences aren’t actually seeing Smith. “A lot of people don’t even recognize this, but the Genie is 100 percent CGI,” Smith revealed. “People look at it and they think it’s my face and my body blue. The Genie is 100 percent CGI! There is none of me in the Genie, right? The work was so good they don’t even get credit for it.” 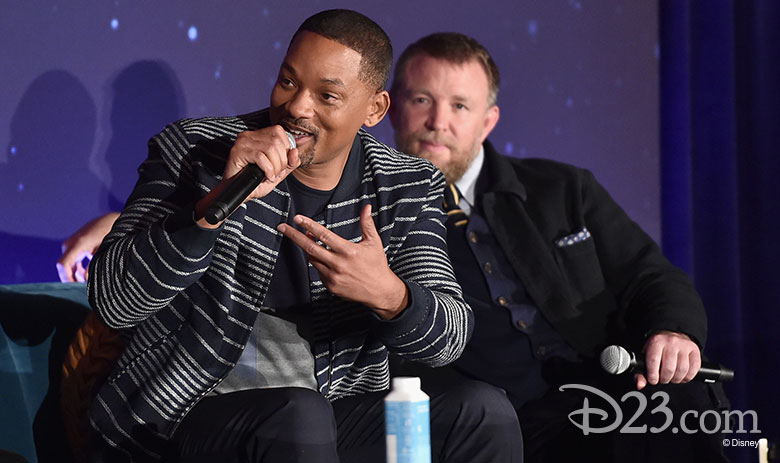 That gave Smith freedom to try play around. “I could improv on set because I knew it wouldn’t be necessarily in the movie,” he explained. “We would do the first round of CGI work and then we could go again and re-work it.” After Ritchie finished his first cut of the film, they were able to make additional adjustments. “We got to the point where Guy was open and anybody could throw something in,” Smith said. “It became a fun thing on set to try to find that No. 1 answer.” 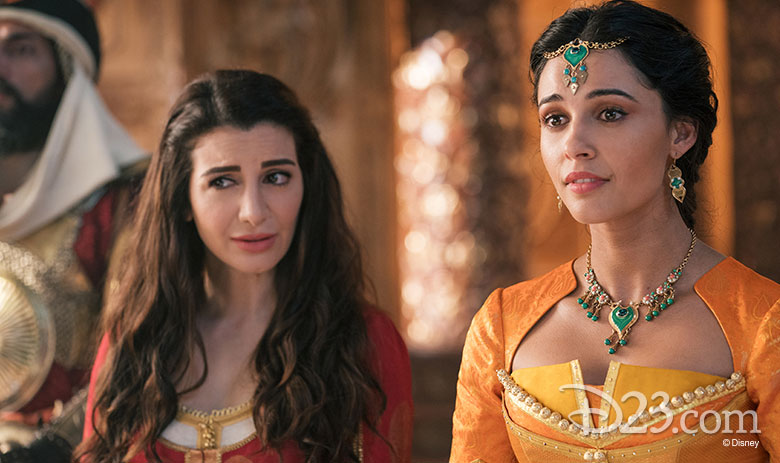 7. Nasim Pedrad and Naomi Scott became confidantes in real life.
Whether they were holding each other’s hands or whispering jokes during the lively press conference, it was evident the actresses had forged a strong bond on the set of Aladdin. “We got to spend time together before we started filming, and there was an instant camaraderie and friendship,” Pedrad explained. “Hopefully, it translates into the dynamic of the characters.”

“She kills it in this movie,” Scott added. “I was laughing the whole time. I couldn’t keep it together! I think she brought more to the character than anyone could’ve imagined for this role.”

8. The dance numbers will light up the screen.
Choreographer Jamal Sims and assistant choreographer Nicky Andersen were “incredible” teachers, the cast said. “Jamal is one of the best in the business,” Massoud said. “I grew up watching Step Up, which was the dance film of my generation, and Jamal choreographed that!”

One of Massoud’s favorite scenes occurs early in the movie, when Genie forces him to dance in an attempt to impress Jasmine. (Spoiler: It doesn’t work.) “Me and Guy had a fun time during that, because I had to learn that choreography in the beginning but then pretend like the Genie was manipulating me. We tried doing it with mime. Then Guy had this brilliant idea to actually attach these long puppeteering arms onto me and physically manipulate me,” Massoud recalled. “We had a lot of fun with that piece. It was definitely a fun part of the whole process.” 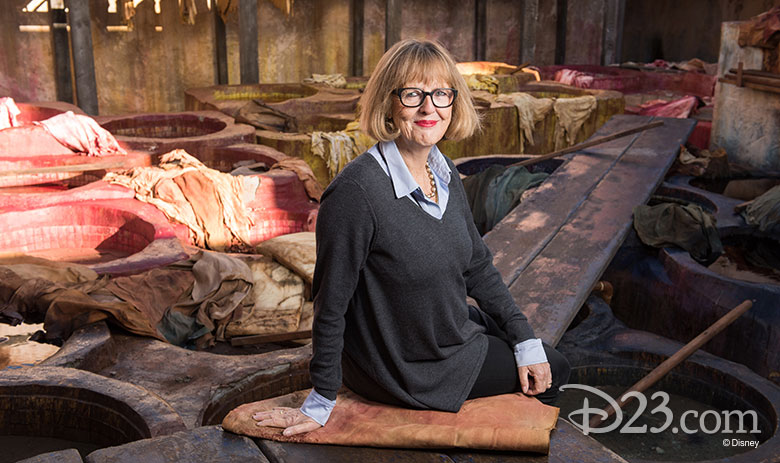 9. Gemma Jackson created a whole new world—literally—for the movie.
“The most fun part of researching was just throwing up everything in the air, letting it settle, and thinking about the part of the world we wanted to explore for our kingdom and our land, and letting it all kind of gradually come together,” Jackson said. “And as the different demands of the film grew, the different parts of the set grew.” She couldn’t have done a better job, the cast said. “The ultimate compliment, from the actors’ point of view, is [to be] transported to the time and place,” Smith explained, “and that’s what happened when we walked on that set.”