The biggest surprise would come later, as Abrams was explaining how he integrated unused footage of late Disney Legend Carrie Fisher (General Leia Organa) into the film. “There was no way we were going to do a digital Leia, and there was no way we would ever recast her, but we couldn’t do it without her. When we went back to look at the scenes we hadn’t used in The Force Awakens, we realized we had an opportunity. We could use the footage, use the lines she was saying, literally use the lighting—” Before he could finish his sentence, the lights suddenly turned off. “That’s amazing,” a smiling Abrams marveled. “That is creepy. Hi, Carrie! That is so Carrie, by the way, to do that!”

Tran said her scenes with Fisher are some of her favorite in the entire film. “There is sort of this idea that J.J. has talked about of ending nine films. Carrie was such a big part of all of that,” she said. “I think for me, personally, there was a lot of wanting to honor this thing and do right by this thing. I think she’s pretty incredible in this movie.”

Suotamo felt similarly about honoring the late Peter Mayhew. “When Peter passed, I was heartbroken,” the actor said. “I tried to do him justice in this film. I’m really proud, with this incredible cast, that we’re a part of something so much bigger than ourselves.”

Tran, Suotamo, and their co-stars hadn’t seen the finished film until a day earlier—but Grant, who makes his villainous Star Wars debut in The Rise of Skywalker, wasted no time posting a glowing review online. “I didn’t tweet any spoilers about it at all,” the actor clarified. “Having seen the first one as a theater student when I was 20 years old, before any of the younger cast were even born, it was an extraordinarily emotional thing to see the passing of time that goes through all of these movies. It felt really like a combination of everything I read in the Bible, Greek mythology, and The Wizard of Oz all rolled into one—into this extraordinary summation of the whole story. It delivers an emotional wallop at the end that I was totally unprepared for; I was wiped out, and I barely slept!”

Before the film debuts, we’re sharing seven standout stories from the press conference:

1. As Rey Has Grown in Her Power, So Has Kylo Ren.
“Being called The Force Awakens was intentional in that it was the force awakening for both sides of the light and the dark,” Driver explained. Over the course of three films, Kylo Ren has become the person he’s always wanted to be. “JJ, even in those first meetings, talked about someone who is unformed and not quintessentially in control of his faculties. He knows where he fits in—which is helpful for me as an actor, because we were figuring out the same thing—and it totally echoes what’s going on in the story.”

2. Poe Dameron Is No Longer Flying Solo.
“I remember JJ being excited about dirtying up the squeaky flyboy image and revealing a little bit more of his personality,” Isaac said. “And I’ve been taken away from my little box in space! I get to join my friends this time!” Teasing that Poe’s “relentless, almost aggressive optimism” will be tested, he said fans will see “how he tries to be there for his friends,” as well as how he “tries to push them along when it seems quite hopeless.”

3. C-3PO and Anthony Daniels Are One and the Same.
After playing one of only two characters to appear in all nine episodes of the Skywalker Saga, Daniels admitted he barely remembers a time before Star Wars was part of his life. “It’s rather like having your nose up against the planet: You can’t see how big that planet is. Now I’m beginning to a have a perspective on it, and that comes from talking to fans, to people who say what Star Wars has meant to them over the years,” he said. “It’s meant something completely different to me. It’s a job. It’s kind of fun. It’s kind of a ball.” Now, he added, “I’m getting to see it from the other perspective of the audience.”

4. Like The Mandalorian, Zorii Bliss Never Removes Her Helmet.
Russell was pleasantly surprised when Abrams reached out with an offer to join the cast. After collaborating for over 20 years, she was even more excited when he told her she’d be wearing a mask. “Keri loved the mask so much that the first two days she worked as Zorii, I never saw her face!” Abrams said. When she’s in character, Russell explained, “I can see everyone as this super tough version of myself in costume—and no one can see me. That’s my dream! It’s a real power play, in a way, because no one can really see what you’re thinking, but you can see everyone else.” Russell added that it was a thrill to work with Abrams again, and said she’s proud to see him finish what Disney Legend George Lucas started in 1977 with Star Wars: A New Hope. “I feel like we have a shorthand. We just speak the same language, in a way,” the actress said. “I feel like JJ got to finish a piece of history by getting to do this. He did such a great job.”

5. Jannah Is a Force to Be Reckoned With.
Resistance ally Jannah is a formidable warrior, so Ackie did pull-ups and took up horseback riding to look and feel the part. “With that came a confidence I hadn’t previously experienced,” the Star Wars newbie admitted. “I felt like Jannah’s strength was in her body.” To ensure Jannah was a multidimensional character, Ackie worked with Abrams to explore the freedom fighter’s softer side. “We don’t always have to be strong and fierce,” the actress said. “Sometimes vulnerability is strength at the same time. Finding that balance was really interesting, and I feel like we found it by the end.”

6. Lando Calrissian Is Back—and Better Than Ever.
Although Donald Glover played a younger version of the smooth-talking smuggler in 2018’s Solo: A Star Wars Story, Williams hadn’t appeared onscreen as the character since 1983’s Star Wars: Return of the Jedi. “I didn’t think that it would happen,” he said. “I just wrote it off.” So, when he got the call from Abrams, he just laughed. “I thought it was just a wonderful gift,” he added, “so I’m a very, very happy human being right now.”

7. JJ Abrams Believes in the Power of the Force.
“The truth is that there’s the movie that you know you’re presenting to the world, and then there’s the thing that you’re doing not necessarily secretly, but meaningfully,” he said. “We live in a crazy world. We live in a crazy time. Star Wars, for me, was about hope, and it was about community and the underdog, and it was about bringing people together and seeing all oddballs represented and the most unlikely friends in the most unlikely places. And the family that you make is really your family.” Without spoiling the final film, Abrams added, “It really is about hope. It’s about coming back to a sense of possibility. It’s about unity. And if Star Wars can’t do that for us, I don’t know what can.” 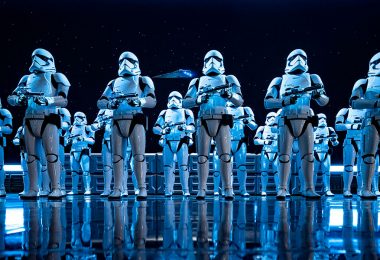 7 Out-of-this-World Facts about Star Wars: Rise of the Resistance 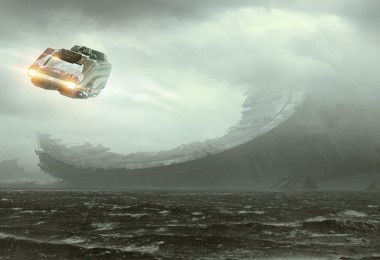