Ron may be wrong. But in the end, it’s all right.

Ron’s Gone Wrong, a new animated feature coming out this October from 20th Century Studios and Locksmith Animation, explores what happens when every kid in the country gets a B-Bot—a walking, talking, digitally connected device that is supposed to be their “Best Friend Out of the Box.” But when awkward middle-schooler Barney gets a broken B-Bot named Ron, he has to move past his own insecurities and try to teach it what true friendship is… before it ruins his social life forever.

The specter of over-reaching technology and what it means to our culture is central to the story of Ron’s Gone Wrong. People are connected to their phones, their social media, and their technology in ways we never dreamed a generation ago. It’s into this setting that the creators of Ron’s Gone Wrong have cast their net, telling the story of Barney and Ron, two very different “people” (Ron’s a B-Bot) who crush through their barriers to explore true friendship. Who are our true friends? Can technology substitute for actual relationships? And what does it all mean in today’s society?

The creative team behind Ron’s Gone Wrong recently gathered to talk about their film and how its themes of relationships, technology, and the intersection of the two are so timely with what’s going on in our world today. We heard from writer/director of Ron’s Gone Wong and co-founder of Locksmith Animation, Sarah Smith; director Jean-Philippe Vine; producer and co-founder of Locksmith Animation Julie Lockhart; co-director Octavio Rodriguez; and scriptwriter Peter Baynhamn. 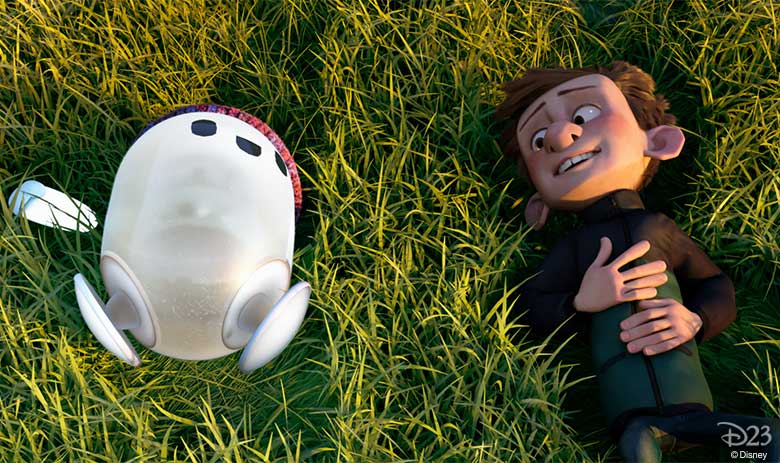 PETER BAYNHAM: “The frustration with technology is that on an hourly basis I want to smash something up! You just get things that make your life better and I become instantly dependent on them and then I’m furious when they won’t work. So, it’ll be terrifying to depend on a device for friendship, because I know, just at the moment it doesn’t work, I would be melting down in a small corner somewhere.”

JEAN-PHILIPPE VINE: “Our movie really talks about friendship and what is a good healthy friendship and how messy that can be. I really connected to it, especially as a parent because my oldest son was really struggling with friendships in his pre-teen period and kind of really struggling with which group he belonged to. And it helped me as we worked with Barney, the main character, and just thematically—this idea that a good friendship has conflict and that’s okay. And that’s a good thing; that’s a healthy friendship. I think that’s a beautiful idea, so I connect with that.”

SARAH SMITH: “My passion as a movie-maker is wanting to do movies that actually talk to stuff that really matters to kids. And I was very aware of my own daughter, as every parent is. At some point your kid comes home and says, ‘They all had someone to play with at recess except me.’ You feel like ‘Oh my God,’ and then you remember having that experience yourself. It’s like the universal problem we all have of feeling like everyone else has it down except us, and at the same time being super aware of how technology made all that really even more complicated for kids. I literally remember sitting on a sofa with a glass of wine watching her, thinking, ‘We have to make that movie for kids, because kids don’t understand that maybe what their experience is online, maybe there’s different.’ Then it became a kind of journey to try and find how could you put the idea of our online relationships into a fun, animated format. And the answer is, the idea that there’s a device out there that replaces your phone and your iPad, but it runs around and talks to you.”

SARAH SMITH: “We watched all of the robot movies. And all of those movies have one thing in common—they’re either the evil baddy or they’re the goodie. And in a way this movie’s not really so much about the robot A.I. idea, it’s not about that kind of Artificial Intelligence. It’s actually about something which kids have in their homes. It’s about the way their iPad talks to them. It’s really about social media and the online experience.”

PETER BAYNHAM: “Ron just wants to help you and wants to learn. And that, therefore, then teaches Barney about friendship. So, Barney sets out to teach Ron friendship, and in the end Barney’s the one who gets the real lesson, and Ron’s the one who teaches him.”

SARAH SMITH: “The movie is the not saying that technology’s bad or even good. The thing is, it’s here to stay, and there was a time at the beginning when I thought I wanted the end of the movie to be that all the B-Bots were gone, and the kids were back in the playground looking at each other and relating again. And then eventually someone said to me, ‘You know that’s not going to happen, right?’ And we realized we needed to make a more challenging movie, which is about how do we—as parents, as children, as kids growing up in a world in which this is all they’ve ever known—how do we learn to live with the tech?” 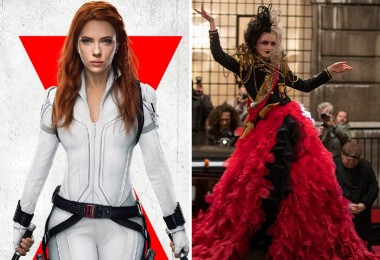