The Rocketeer stars Campbell as Cliff Secord, a daring young racing pilot in the late 1930s who happens upon the prototype of a jetpack that, thanks to a few alterations by his mechanic, Peevy (Arkin), turns him into aerodynamic super hero. But the unearthing of the jetpack attracts some unwanted attention for Secord, since the device is wanted by everyone from the FBI to the mob and the Nazis.

D23.com contributor Tim Lammers talked with Campbell in 2011 about the film, which was directed by Joe Johnston (who went on to direct another WWII era film with Captain America: The First Avenger). Here are a few recollections from the actor about the high-flying role. 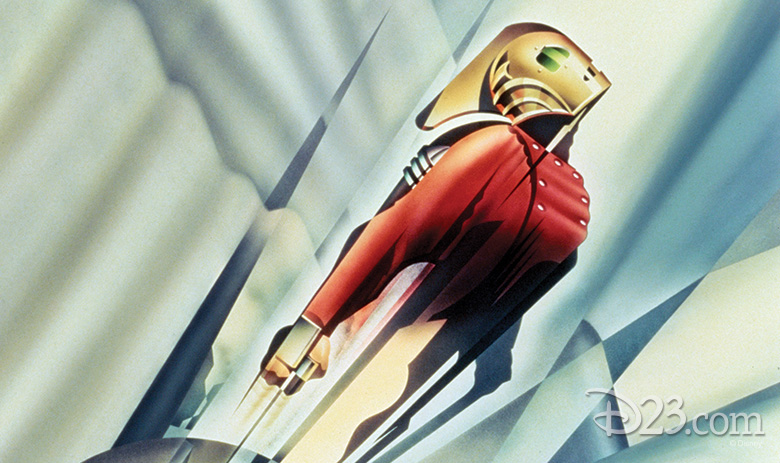 Campbell says he had an odd fear of flying when he took on the role:

“Joe Johnston came to me after I was cast in the film and said, ‘We have this crazy idea. We actually want to do the scenes at the beginning in an old plane’ and asked me if I’d be willing to go up in one of them. But my fear of flying is strange. I don’t like flying in planes that have engines—especially commercial flights—but I also own and fly a hang-glider, which I love doing. So it’s not like I don’t like flying and don’t like the thought of being in the air; I just don’t like being in the air and strapped to an engine.” 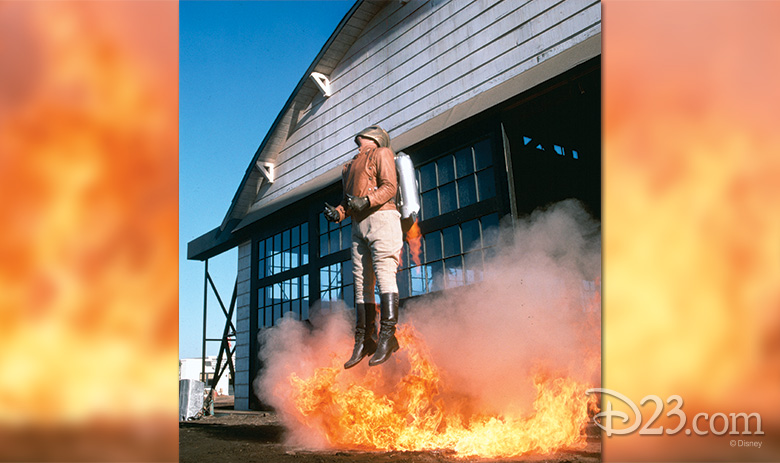 The actor says Johnston tried to put him at ease by hiring a seasoned stunt pilot for the racing plane scenes, but it didn’t help much:

“Craig Hoskings, who is one of the best stunt pilots in the world, flew me around—but it was still pretty hairy [laughs]. There were things that I had to control from the second cockpit in the plane, like the tail-wheel lock and the oil [which splashes in his face during the scene] and some other things. When we rehearsed the scene on the ground, Craig had this microphone that he’d speak instructions into, and I could hear him (in headphones) under my hat. But when we went up to shoot, the engine was drowning the sound out entirely, so I just sort of faked doing the things I was supposed to do when I was supposed to do them—but it all went OK.” 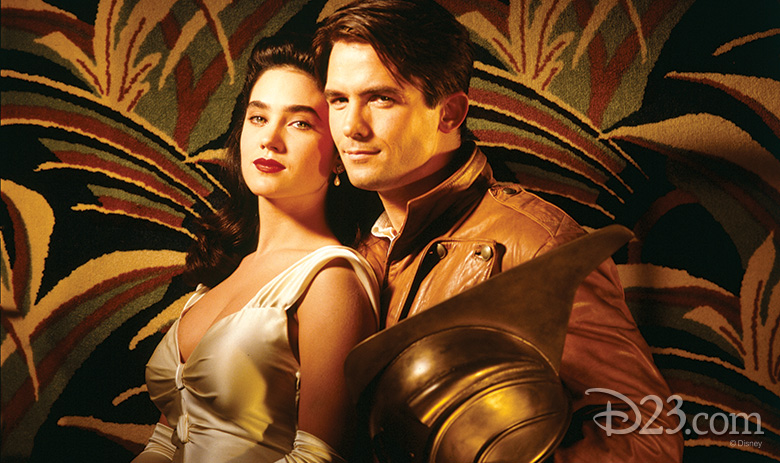 Campbell says he loved how The Rocketeer—based on Dave Stevens’ acclaimed graphic novel—weaved in real historical figures and events into the film’s fantasy narrative:

“I hadn’t been familiar with the comic book, so I remember reading the script and thinking, ‘This is pretty terrific how Hollywood history was woven into the story.’ Since it was such of a long audition process, I went out and bought the comic book in the middle of it all, and I was blown away. It really threw my appreciation for the script into hyper-drive.” 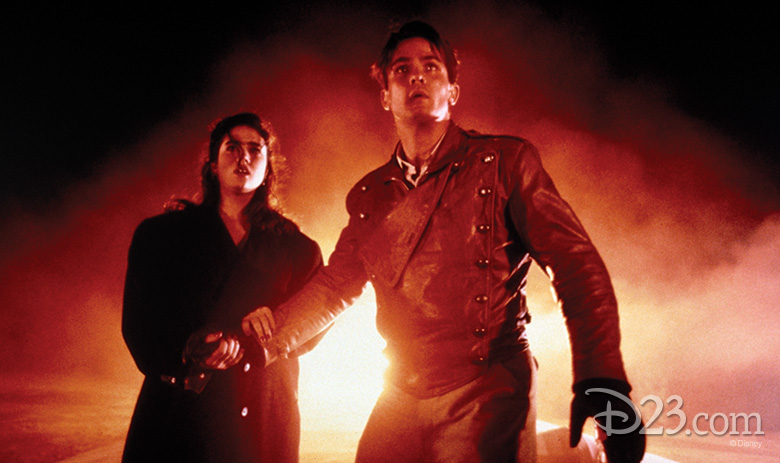 Campbell says he has never has grown tired talking about The Rocketeer because it was a breakthrough role for him:

“It has plenty of personal meaning to me, not the least of which it was my very first film, so it was terribly exciting in that respect. It just did so many things for me. I was just in awe that my first film was something of such quality. I was overwhelmed with gratitude and energy, and to have it turn out so well—not that I expected that it wouldn’t—was just icing on the cake.” 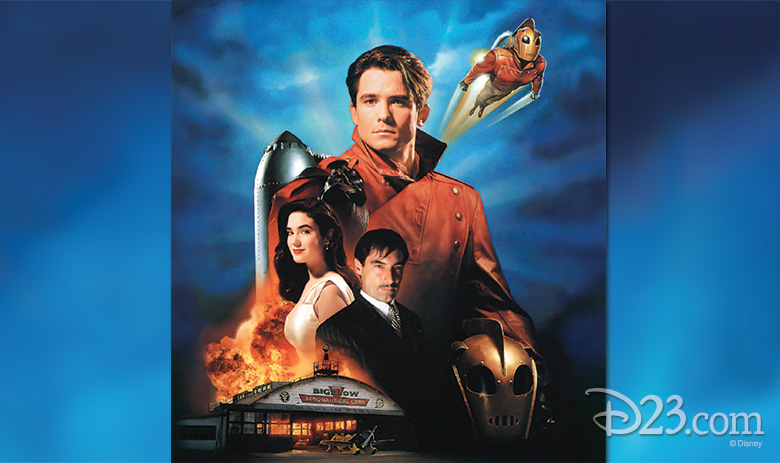 While Campbell went on to carve out a successful career in both film and TV, he’s still caught up in somewhat of an identity crisis. Seems a mistake on the Internet Movie Database to this day has him listed as the second cousin of acclaimed character actor Bruce Campbell (of Evil Dead fame). Billy Campbell says they’re not related.

“We actually worked for 15 minutes together on a film once. Bruce is a great guy and really funny. Years later somebody asked him, ‘Are you related to Billy Campbell?’ and he said, ‘No, no, I’m the Campbell who can act.’”