“The sky’s the limit for season two.”

Dressed in a deep purple blazer over a Star Wars: The Empire Strikes Back shirt, Suzie McGrath, the voice of Tam Ryvora, beams with excitement as she talks to us about the upcoming final season of Star Wars Resistance, including what lies ahead for Tam and the rest of Team Fireball after the rousing season one finale.

From the destruction of Hosnian Prime—Kaz’s home planet and a major plot point from Star Wars: The Force Awakens—to the harrowing escape from the clutches of the First Order, one of the finale’s more shocking moments involved the fate of McGrath’s character, as she’s coaxed to join the First Order by the manipulative Agent Tierny (voiced by Sumalee Montano). 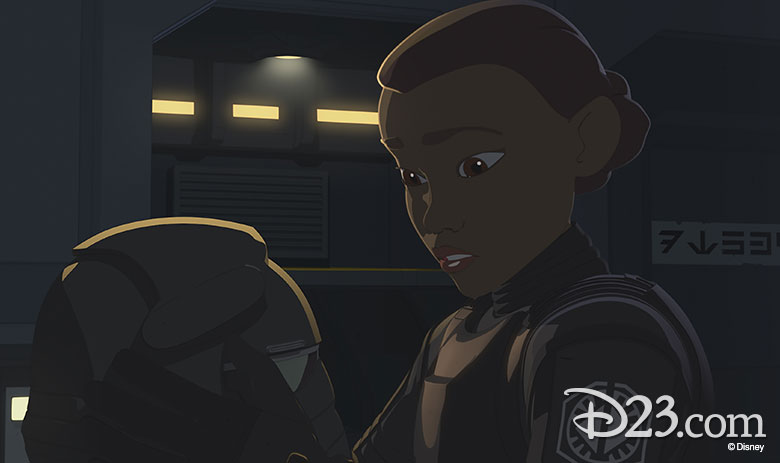 “For Tam, we’re definitely seeing the character at her most vulnerable… we meet her at one place in season one and by season two, she’s kind of a completely different person,” McGrath said.

Christopher Sean (voice of Kazuda Xiono) adds to the sentiment, saying season two finds Kaz wrestling with himself over his broken relationship with Tam. “Kaz doesn’t want to believe that Tam is choosing the dark side, however, the wonderful thing about Star Wars Resistance is getting to watch both these stories evolve,” he said. 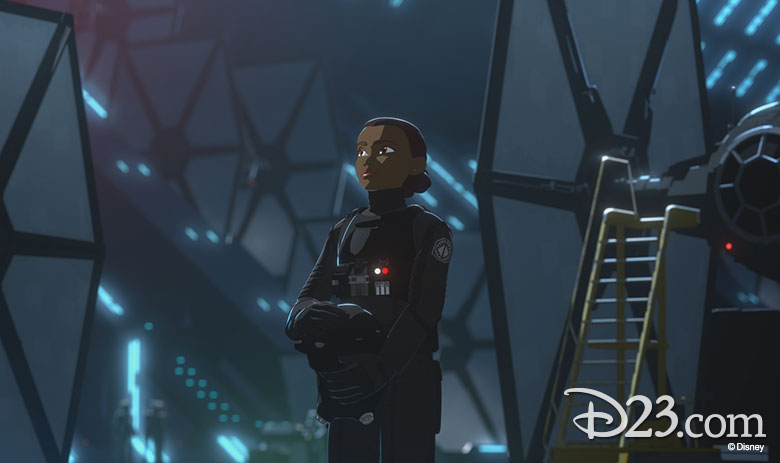 Through Finn’s journey in Star Wars: The Force Awakens, we’ve seen a character leave the First Order, but Star Wars Resistance features the first on-screen recruitment to the First Order. “It’s awesome to see the flip side of the story, what life is like with the First Order and on the Star Destroyer,” executive producer Athena Portillo said. 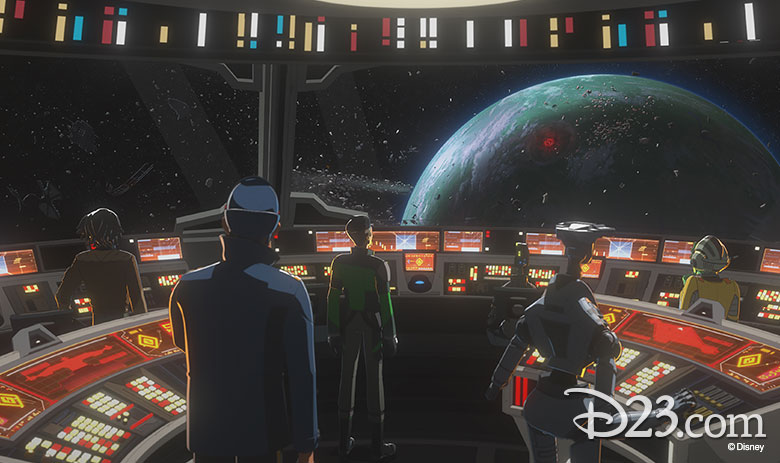 Set during the events of the sequel trilogy, Star Wars Resistance dives into an often-untold story within the Star Wars universe: how the conflicts between the dark side and the light side impact the regular, everyday people of a galaxy far, far away. And, telling that story was always what appealed to the series’ three executive producers Justin Ridge, Brandon Auman, and Portillo, who Sean likes to call the “Jedi Masters” to their cast of Padawans.

“Having the chance to tell a new story within the Star Wars sandbox, creating new characters that don’t deal with the force, and being able to explore their slice of life is such a cool opportunity,” Ridge said.

Now, in season two, the sandbox gets even larger for all our favorite characters, as the Colossus leaves the vast waters of the planet Castilon and ventures into the unknown. “It creates this major conflict with the characters. They were always so used to seeing the sky above them, and now, they don’t have that,” Portillo said. “So, they’re trying to find another home planet throughout the series.” 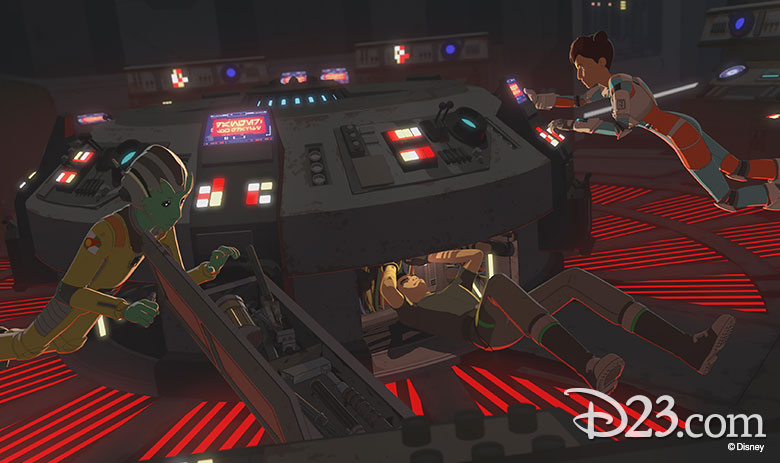 Though, that causes problems for Team Fireball and the residents of the Colossus, which hasn’t flown in years. Auman even compares the old ship to the likes of the Millennium Falcon, the fastest hunk of junk in the galaxy. “In some ways, the Colossus is in even worse shape than the Falcon,” Auman jokes. “This thing is barely staying together, but it opens up so many opportunities for more adventures.”

With an incredible roster of diverse characters and voices, the impact of Star Wars Resistance isn’t lost to the cast and crew. “We try to make them as genuine as possible,” Ridge said. “And, from the get-go, that’s one thing we really wanted to try and do for the show.” 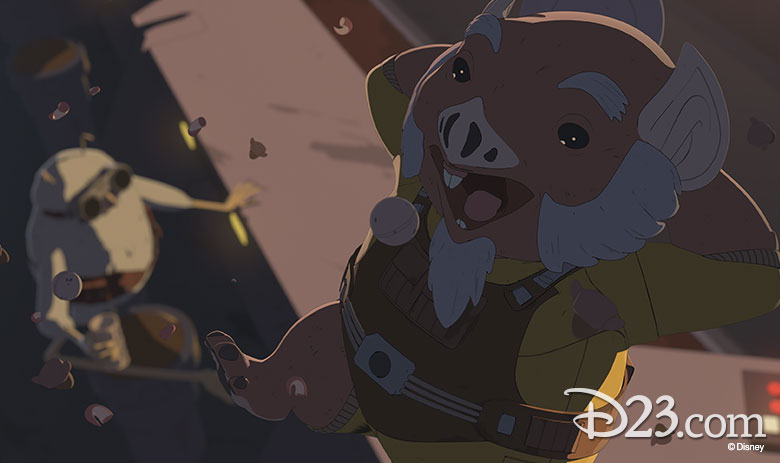 The fan-favorite shopkeepers Flix (voiced by Jim Rash) and Orka (voiced by Bobby Moynihan) even get their own, fun arc this season, Moynihan said. “Anytime Jim Rash and I are allowed to expand upon the relationship of Orka and Flix is my favorite thing in the world,” he said. “The best part of Star Wars is the minutia, the escape part of it, and being able to play in this universe for a little bit is exciting, so the Office of Acquisitions, with Orka and Flix, is a whole world that I love.”

With its tales of high-flying adventures, tense conflicts, and impressive characters moments—such as Kaz’s growth from awkward yet great pilot to a leader of Team Fireball—the prospect of ending of the show is bittersweet, for the creative team and fans alike. But leading up to the events of Star Wars: The Rise of Skywalker is no small feat—it’s an opportunity that Star Wars Resistance takes on with open arms.

With designs starting as far back as 2015, the animated show was always meant to align with the current Star Wars trilogy. “We planned to wrap it up so it could roll into Star Wars: The Rise of Skywalker, so it could feel like its own thing within the sequel trilogy,” Auman said. “Star Wars Resistance is happening in real time with these movies, unlike The Clone Wars or Star Wars Rebels, so it feels like a neat little package.”

The first episode of season two, “Into the Unknown,” premieres Sunday, October 6, at 6 p.m. on Disney XD and 10 p.m. EDT on Disney Channel. Star Wars Resistance’s second season will feature 19 episodes that Sean describes as “action-packed and humorous, while also exploring the idea of broken family… There are great things that could potentially unfold this season.” 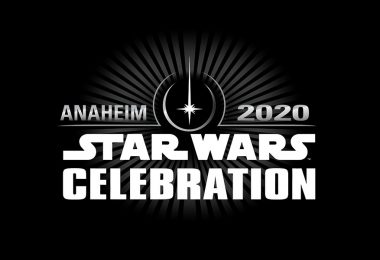 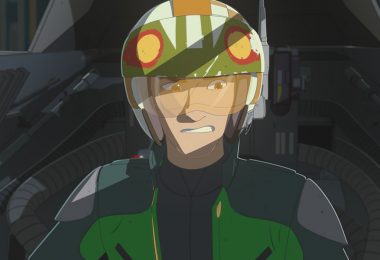