Some kids want to grow up to be princesses, Super Heroes, Jedi, or other famous do-gooders from the world of Disney. But for every kid with a pair of glass slippers or a lightsaber, there are those of us who prefer black capes, evil laughter, and creeping in the shadows. If you’d rather be cursing princesses than dressing up as them, you’re gonna need to meet Shelley Marie.

Designed by Disney animator Eric Goldberg (Pocahontas), Shelley is the young star of the newest World of Color show created exclusively for Oogie Boogie Bash. Villainous! follows her journey as she meets the who’s-who of Disney villains—all given spectacular animation treatment by Goldberg. At a recent Halloween press event, Goldberg shared more devious behind-the-scenes details from this new spectacular and how Shelley Marie was created. 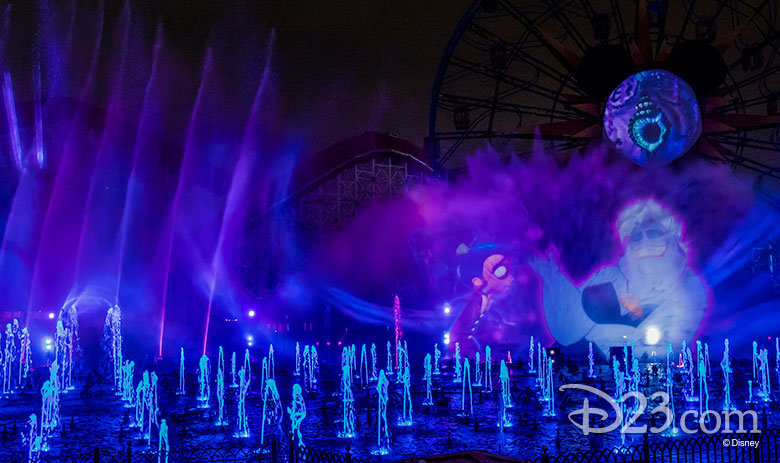 1. Shelley Marie’s name is a pretty nerdy pun
If you’re a literary nerd or a fan of classic horror, the name of our new leading lady might bring a smile to your face. “I’m sure you’re all rolling on the floor,” Goldberg joked, before explaining, “Shelley Marie is named after Mary Shelley, who wrote Frankenstein.” Could there be a more perfect namesake than the iconic gothic novelist? 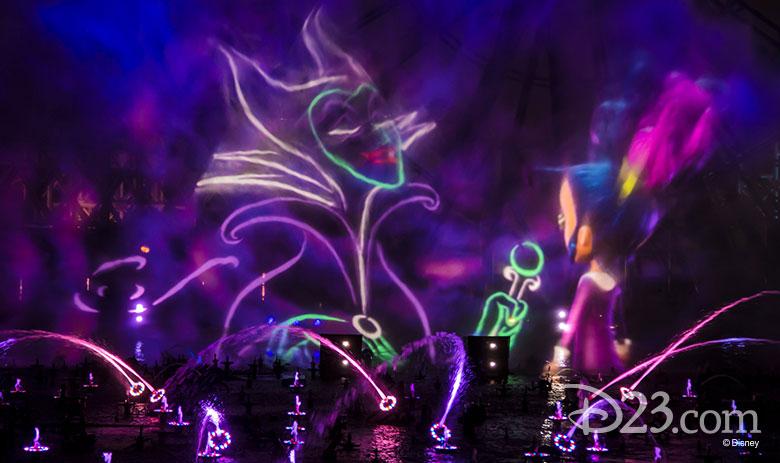 2. Villainous! features new hand-drawn animation by Goldberg
“It was our pleasure to provide a lot of new animation for this spectacular,” Goldberg recalls, showing us artwork of Maleficent drawn in a “very wispy, smoky way,” as Goldberg described it. While Shelley Marie appears as a three-dimensional, CGI character, these unique designs of iconic Disney villains in this smoky, stylized manner appear as two-dimensional in the show. “It’s all traditionally hand-drawn,” Goldberg explains. 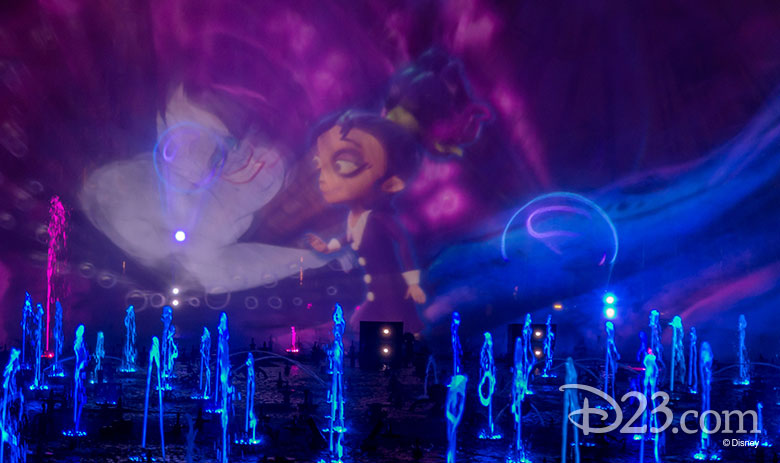 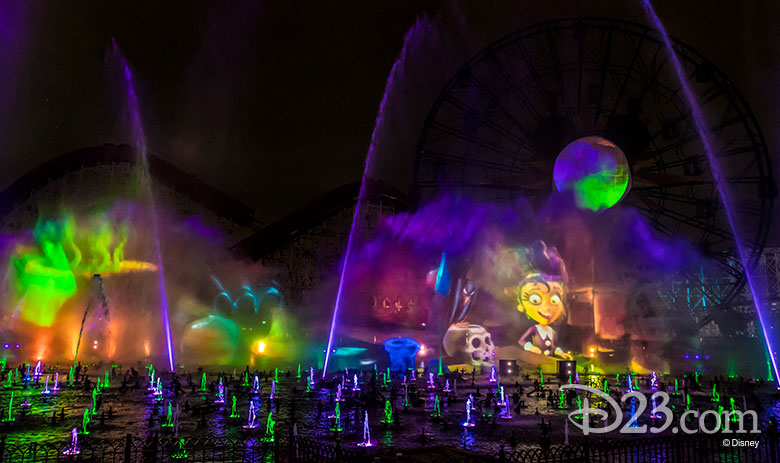 4. Villainous! requires some serious emoting from Shelley Marie
Since only the Disney villains speak (or sing!) in this new spectacular, Goldberg had to get creative when it came to designing Shelley Marie. “How do you get a pantomime character to emote? Well, she uses body language,” he explains. Goldberg was tasked with creating a range of expressions for Shelley Marie that animators could use to transform her into a 3-D rendered character.  During the show, you’ll notice Shelley Marie being especially expressive, “geeking out,” as Goldberg calls it, over Disney villains, or “boogying down with Oogie Boogie.” Goldberg also created an eye-rolling emotion for Shelley Maire that he describes as something he “recognized from my kids.” 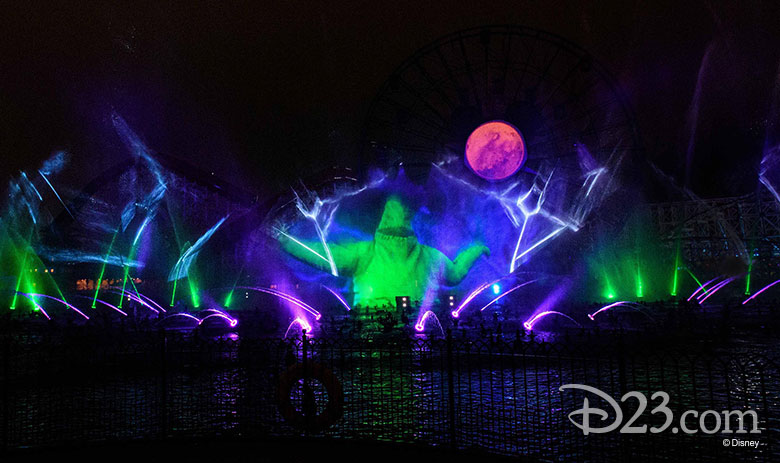 5. This unforgettable journey is full of special effects
The Disney villains are known for their love of spectacle, so expect nothing less from Villainous! Throughout the show, the twisted tale is illustrated through fountains, lights, lasers, projections, and more–so that you can join in Shelley Marie’s journey yourself. After all, deep down, there’s a little villain in all of us.