Before a spirited princess is captured. Before a smuggler shoots 1st or 2nd (still up for debate). Before a young farm boy would take to the stars. And before a war hero and mentor is lost. Some unlikely heroes embark on what would be a one-way mission that could decide the outcome of a pending Galactic Civil War.

It was five years ago that Rogue One: A Star Wars Story was released in the United States on December 16, 2016. Directed by Gareth Edwards with a screenplay written by Chris Weitz and Tony Gilroy, Rogue One is a story by John Knoll and Gary Whitta a direct prequel that is set before the events of Star Wars: A New Hope (1977).

The film grossed over $1 billion worldwide, making it the second highest grossing film of 2016 during its theatrical run. The Rogue One crew from Skywalker Sound and Industrial Light & Magic (ILM) also received two Oscar nominations for Best Sound Mixing and Best Visual Effects.

Rogue One took viewers to both new and some familiar places within the galaxy far, far away. Principal photography began in 2015, at Pinewood Studios in the United Kingdom. Filming took place in multiple locations around the world as ILM led the creation visual effects, including state-of-the-art motion-capture techniques for K-2SO.

Lah’mu
Iceland was used to represent the outer rim planet of Lah’mu. With most of the planets ravaged by the Clone Wars or industrialized by the Empire, Lah’mu is seemingly untouched by the Empire, more serene. This is where the film opens with Director Krennic and his squad of black-armored death troopers who have come to bring Galen Erso back to complete work on the Death Star by any means necessary. In the process, Erso’s wife Lyra (Valene Kane) is killed, sending a young Jyn Erso (Beau Gadsdon) into hiding until later rescued and raised by an ally of the Rebellion. The opening scenes were shot at Reynisfjara beach known for its black sands formed from lava, Mýrdalssandur an outwash plain at the southernmost point of the island of Iceland, and also around the mountains of Hjörleifshöfði and Hafursey.

Jedha
The film crew would travel to Wadi Rum, Jordan to film the action sequences within the holy, but war-torn, Jedha City on the moon of Jedha. Home to an ancient temple where the Empire is extracting precious kyber crystals once used to power Jedi lightsabers but are now being used to harness the destructive power of the Death Star. After being freed from captivity on Wobani at the Imperial Detention Center & Labor Camp, an adult Jyn and Cassian, along with K-2SO, travel here in search of pilot and Imperial defector, Bodhi Rook (Riz Ahmed) who has information on Erso’s father and the Death Star plans. But they are soon caught up in a battle between Saw Gerrera’s (Forest Whitaker) partisan militia and the Empire. After being captured by the partisans along with Chirrut Îmwe (Donnie Yen) and Baze Malbus (Jiang Wen), they witness the first test of the Death Star. Unlike A New Hope’s space view of the complete destruction of the planet Alderaan, here we see the destruction on a smaller scale from ground level. As ILM visual effects supervisor Mohen Leo describes, “the look of this sequence was inspired by one key piece of artwork by an artist in the art department that shows a tiny ship desperately trying to escape an enormous breaking wave of the planet’s debris.” This display of force (no pun intended) by the Empire would be followed by the Rebel assault on Eadu.

Eadu
The mountains of Hjörleifshöfði and Hafursey in Iceland were also used for the planet Eadu a storm-stricken planet where Director Krennic would confront Galen Erso and execute his team of scientists just before the Rebel assault on Eadu’s top-secret laboratory. The mountains and the ongoing storm make a perfect cover for a hidden Imperial lab.

Scarif
The final battle where the heroes make their ultimate sacrifice and secure the Death Star plans takes place on and above the planet Scarif. This heavily fortified sub-tropical planet that is covered by a deflector shield and gate is home to the Imperial Security Complex where, according to cargo pilot Bodhi Rook, “all Imperial records are kept.” Production for the Scarif battle was made up of three main filming locations: the Maldives in the Indian Ocean along with Elstree Studios and RAF Bovingdon Airfield in Hertfordshire, England.

Director Gareth Edwards chose Canary Wharf Station in London, England to make up the interior of the Imperial Base. Normally packed with commuters it was transformed into the Scarif base and packed with stormtroopers and droids. The scenes were filmed in the middle of the night when the station was closed to the public. To shoot cockpit scenes for the aerial battle, ILM developed a virtual camera system that allowed Edwards to select camera angles with a handheld remote camera.

Yavin IV
Seeing that the events of this film takes place just prior to those in A New Hope, it’s only right that we return to the jungles of Yavin IV. The hidden Rebel base was shot at Cardington Airship Sheds in the United Kingdom which were first used to film the exterior of the Rebel base for the original movie.

The Death Star
“That’s no moon,” as Obi-Wan Kenobi said, but some do consider it the star of the film. As Tarkin and Krennic fight for control of the battle station, our heroes only objective is to retrieve the plans, determine the flaw in the station’s design, and destroy it.

Some familiar characters return to the franchise as well.

Like Onderonian resistance fighter and Clone Wars vet Saw Gerrera who rescues and raises Jyn as a young girl. On the run, he resides in Jedha as leader of the partisans. Though not new to the franchise, the character first appeared in the animated television series Star Wars: The Clone Wars (2008) voiced by Andrew Kishino. Rogue One would be the first live action appearance of the character played by veteran actor Forrest Whitaker, who also voiced the character for the animated series Star Wars Rebels (2014).

Senator Bail Organa (Jimmy Smits) and Mon Mothma (Genevieve O’Reilly) make their return as part of the Rebel Alliance leadership. Along with our two favorite droids C-3PO and R2-D2, who have each appeared in nearly every Star Wars film and animated series.

Through the creativity of motion-capture computer graphics, Grand Moff Wilhuff Tarkin, played and voiced by Guy Henry, makes his triumphant return after being played by the late Peter Cushing in A New Hope. That same technology was used to realize a young Princess Leia Organa (Ingvild Deila), first played by Carrie Fisher in A New Hope. Both Rogue One actors wore identical recreations of their character’s original costume and motion-capture tracking dots were placed on their faces. Cushing and Fisher’s likeness were then superimposed over Henry and Delia to complete the process. While permission was granted from the Cushing estate to re-create the character, Carrie Fisher personally gave the brief cameo with the message of “Hope” at the films finale her blessing before sadly passing on December 27, 2016.

Of course, you can’t have a prequel to A New Hope without one of the most iconic villains in cinema history, the Dark Lord of the Sith, Darth Vader. We come upon Vader midway through the film, when Director Krennic is summoned by the dark lord to his castle on the planet Mustafar. But it is during the film’s dramatic climax that we see Vader’s brutal display of the dark side and his iconic red lightsaber as he cuts through many Rebel troopers in an attempt to retrieve the stolen Death Star plans before they are delivered to Princess Leia.

Though Rogue One is the title of the film and military callsign of the secret Rebel infiltrators, this film sets itself apart from the Star Wars saga with its lack of the traditional opening crawl, transitional screen wipes, and familiar musical score courtesy of John Williams. Instead, the soundtrack was composed by Michael Giacchino, who artfully captures the emotion and grittiness of each scene, especially the edge-of-your-seat action on Scarif and Darth Vader’s terrifying rampage.

Having an overall darker tone than other Star Wars films, director Gareth Edwards has described Rogue One as “a grounded, war-based movie, one in which normal people have to come together to fight the Empire as opposed to relying on the Jedi or the Force,” making this film the “Rogue One” of the Star Wars franchise.

Coming next year in 2022 we get to experience the building of a revolution as we explore the events that led us to Rogue One through one man’s eyes, as Diego Luna reprises his role as Cassian Andor in the Disney + exclusive original series Andor.

Jump to lightspeed and experience Rogue One: A Star Wars Story and other Star Wars films and extras streaming now on Disney +! 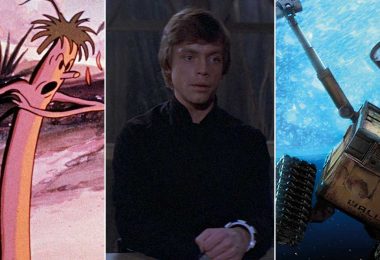 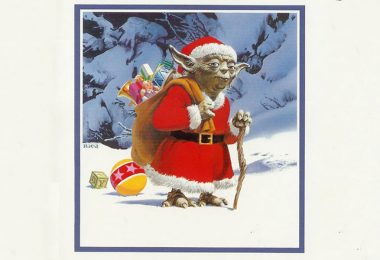