This month, we celebrate the 10th anniversary release of Prometheus, originally released in the U.S. on June 8, 2012. Ridley Scott returned to the Alien universe to direct the fifth film in the franchise; this time, however, the story takes place in the sci-fi world before the events of his famed Alien (1979). Noomi Rapace stars as Doctor Elizabeth Shaw—alongside Logan Marshall-Green, Michael Fassbender, Charlize Theron, Idris Elba, and Guy Pearce—who is on a quest to discover the origins of mankind. Benedict Wong, who costars in the recent Marvel Studios release Doctor Strange in the Multiverse of Madness, also has a role in the film.

Prometheus was Scott’s first film shot digitally using 3D cameras, and features almost entirely practical sets created by Arthur Max, who has also partnered with Scott on other films including Kingdom of Heaven, The Martian, and most recently, The Last Duel. Practical effects were also used for the creatures created by Neal Scanlan and Conor O’Sullivan—examples of which now reside in the Walt Disney Archives collection. Filmed at Pinewood Studios in the United Kingdom, and in Iceland for the prologue and several climatic sequences, the film was nominated for an Academy Award® for Best Visual Effects.

Please enjoy an inside look at concept art from Prometheus (2012). 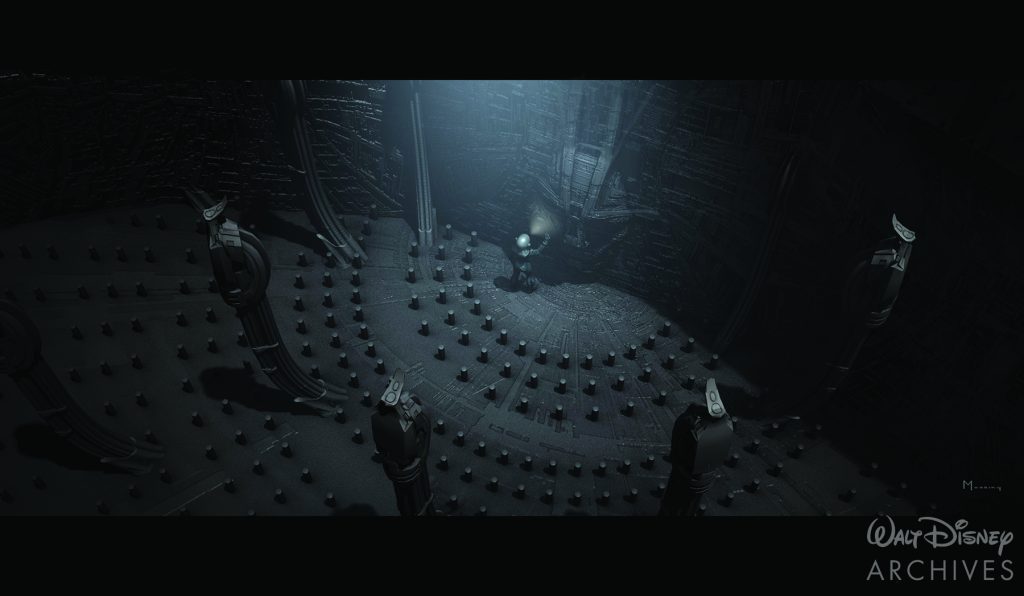 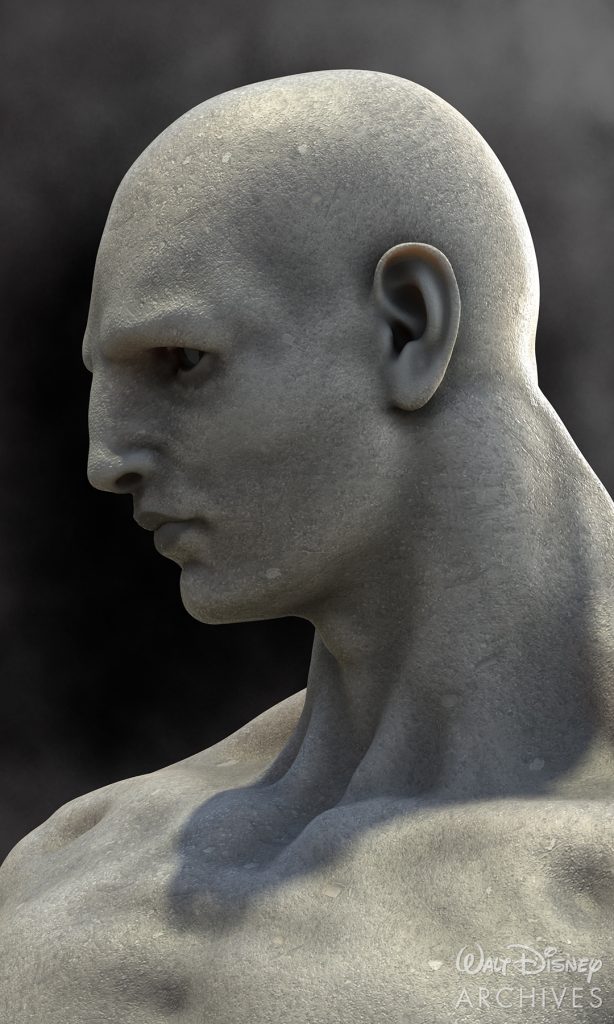 Concept art for the look of the Engineers. 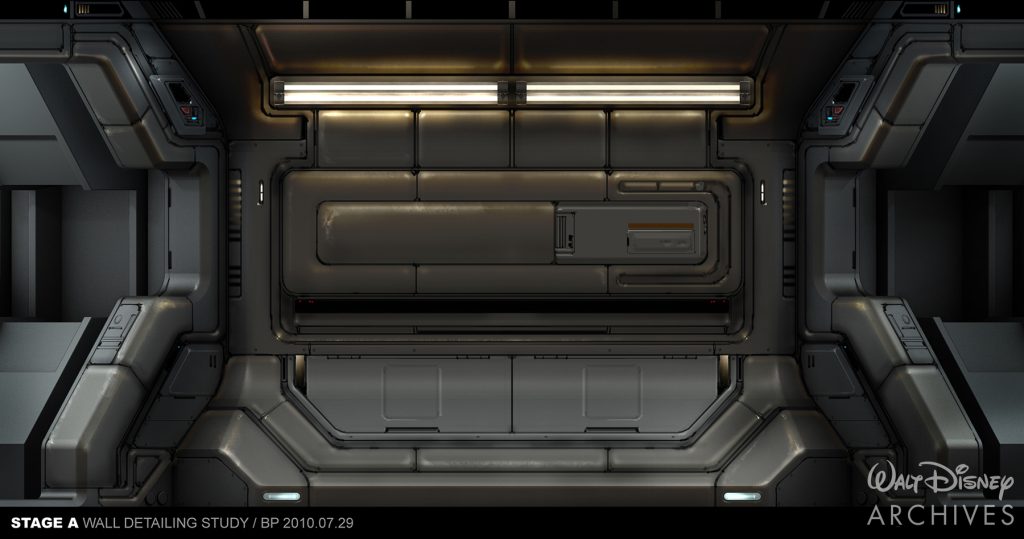 Art Department interior wall study of the Prometheus. Inspired by the walls of the Nostromo from Alien (1979). 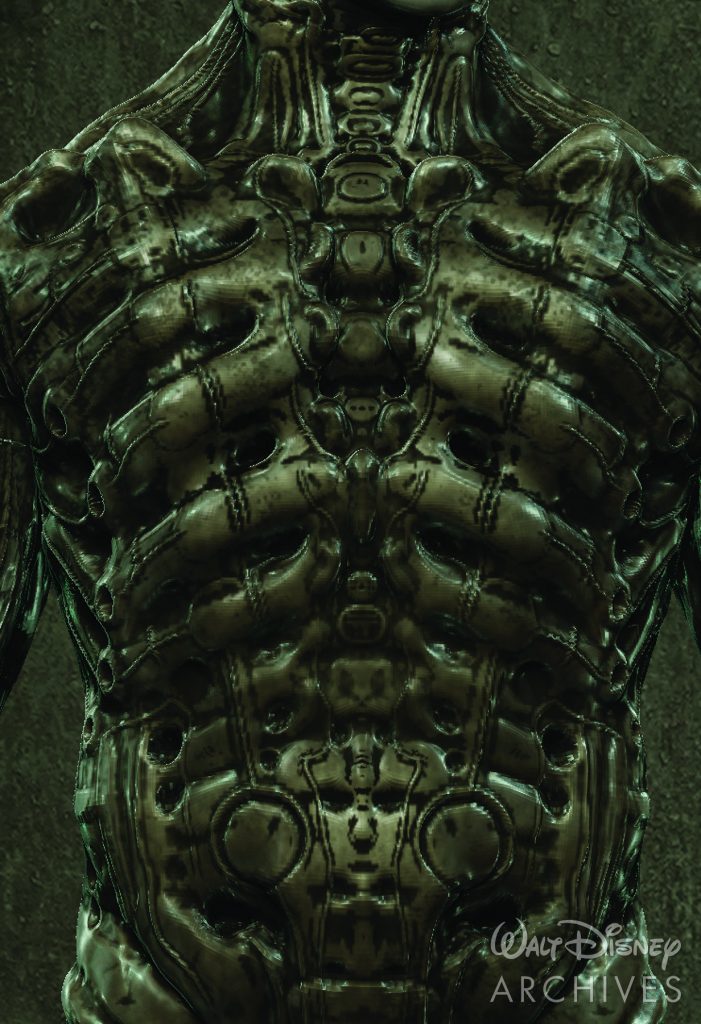 Torso detail of the Engineer’s spacesuit.