That haunted time of year is approaching us yet again, and we’re calling all evildoers, scoundrels, rogues, and villain fanatics alike to rise up to the challenge and defeat this Disney villains trivia quiz. It only gets more wicked as the questions go on—how far can you last? Make sure you scroll down for the answers, and to see whether wicked is in your blood!

3. Which landmark did Cate Blanchett’s Hela achieve in Thor: Ragnarok?
A) First Marvel female anti-hero
B) First female villain in a live action Disney film
C) First female character in a Marvel film with no specific love interest
D) She was the first lead female villain in the Marvel Cinematic Universe
E) She was the first villain who was once a superhero

6. Which villain appears the most in the Star Wars universe (films and TV)?
A) Count Dooku
B) Darth Vader
C) Jabba the Hutt
D) Boba Fett
E) Darth Sidious

0-2/8
Hmm..Maybe you’re not so villainous after all! That’s okay, there’s never enough reasons to go back and revisit some of your evil Disney favorites, and this is definitely a sign! It’s time to plot, devise, and come back again to defeat the quiz!

3-5/8
Well… you’re certainly not all good, but you’re also not all bad. Your Disney villain knowledge could use a little bit of a refresh, but you’re on the right (or is that wrong?) track!

5-6/8
You’re almost at the top! But, as most of us know, that just won’t cut it when you’re trying to be the baddest bad around. If there’s one thing we love about our villains, they don’t stop after just one try, so try, try again!

7/8
There’s no need to ask the Magic Mirror on the wall who is the evilest of them all, because we already know it’s you! You’re certainly up to par with your Disney villain trivia knowledge, and we’re not surprised! Who doesn’t love those malicious evildoers? 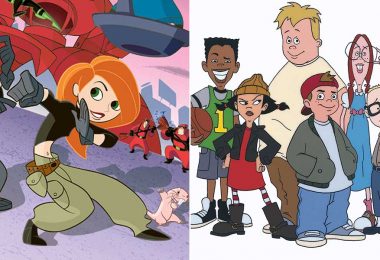 Only Saturday Morning Cartoon Aficionados Will Beat This Quiz