The Television Critics Association’s Winter Press Tour continued today with exciting announcements and presentations from National Geographic. To kick things off, Courteney Monroe, president, National Geographic Content, announced that 13 new original projects are being produced exclusively for Disney+ in partnership with visionary filmmakers, passionate conservationists, and marquee talent. “At National Geographic, our strategy is to tell bold, best-in-class stories that ignite curiosity and inspire people to explore and care about our world,” Monroe said. “With premium, creatively ambitious shows from the very best storytellers in the world, we are bringing awe and wonder to the lives of global Disney+ subscribers with wildly entertaining National Geographic documentary series, feature documentary films, epic natural history, and fact-based scripted drama.”

Today’s announcements expand upon the previously announced slate of Disney+ Originals from National Geographic, which include this year’s Limitless with Chris Hemsworth and America the Beautiful, and future series A Real Bug’s Life, Queens, and Oceanxplorers. Monroe also announced Michael B. Jordan will narrate America the Beautiful, and Benedict Cumberbatch will narrate Super/Natural. Finally, Monroe announced that the next documentary from the award-winning National Geographic Documentary Films banner will be Ron Howard’s We Feed People. Following a festival run, starting with its world premiere at SXSW, the film will launch on Disney+ this Memorial Day weekend on Friday, May 27.

Read on for more detailed descriptions of each project...

Pole to Pole (National Geographic/Disney+)
In his third epic project for National Geographic, Will Smith will lead viewers on an astounding journey from the bottom of the planet to its top—covering more than 12,000 miles from the South Pole to the North Pole—to unlock the mystery of Earth’s astonishing diversity and alchemy. Filming for more than 100 days, the series documents Smith’s trip across all of Earth’s biomes: polar ice, desert, jungle, mountain, savannah, and swamp. In each location, Smith and his film crew embed with local communities and experience firsthand what it is like to live in some of the most amazing and extreme landscapes on the planet. 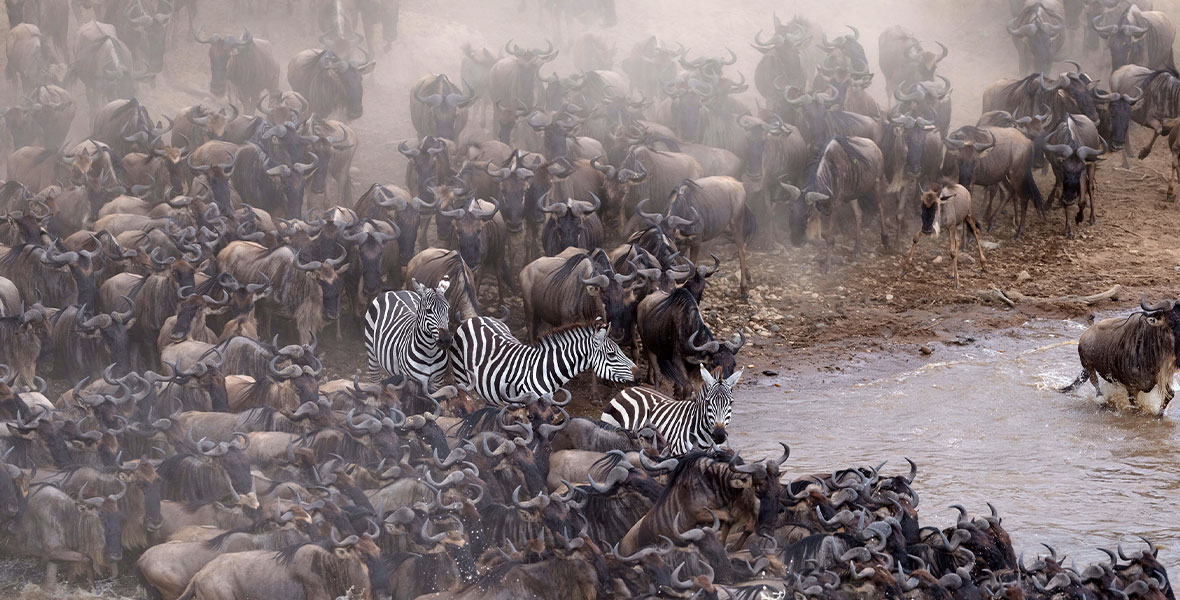 Great Migrations (National Geographic/Disney+)
Our planet is on the move. Animals across every landscape embark on epic migrations in search of food, shelter, and safe breeding grounds. Whether by land, sea, or air, all of these journeys are full of obstacles and dangers—but only those with the strength, determination, and persistence go the distance. Now, using the state-of-the-art remote cameras and drones and the latest tracking technology that can break down animal behavior by the hour, we can follow the drama, jeopardy, and courage every step of the way. Inspiring animal stories of endeavor and emotion are set against a backdrop of sweeping wildlife spectacles and epic landscapes. 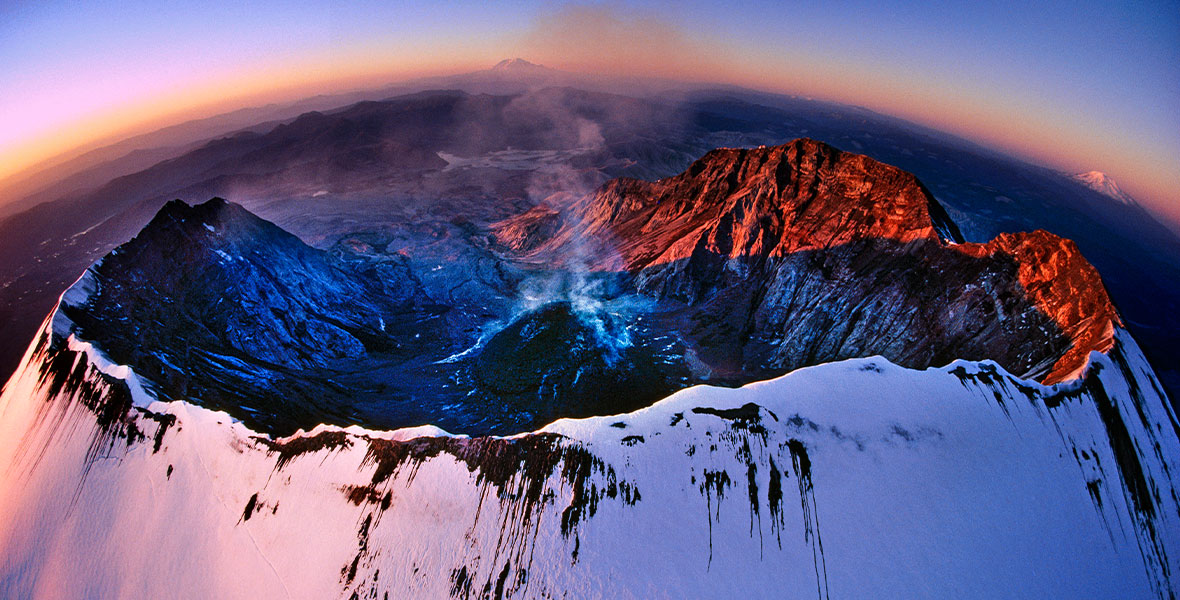 Home (National Geographic/Disney+)
Filmed over an unprecedented decade and running an exceptional nine seasons, National Geographic and BBC Studios Natural History Unit embark on Home, the most ambitious and definitive portrait of life on Earth ever attempted. Production is underway on the first three seasons, with development committed to six more seasons of what will be a cinematic spectacle of natural history across the planet, created by an award-winning team. Homewill journey through five oceans and seven continents to reveal the deeply symbiotic relationships between all living things. 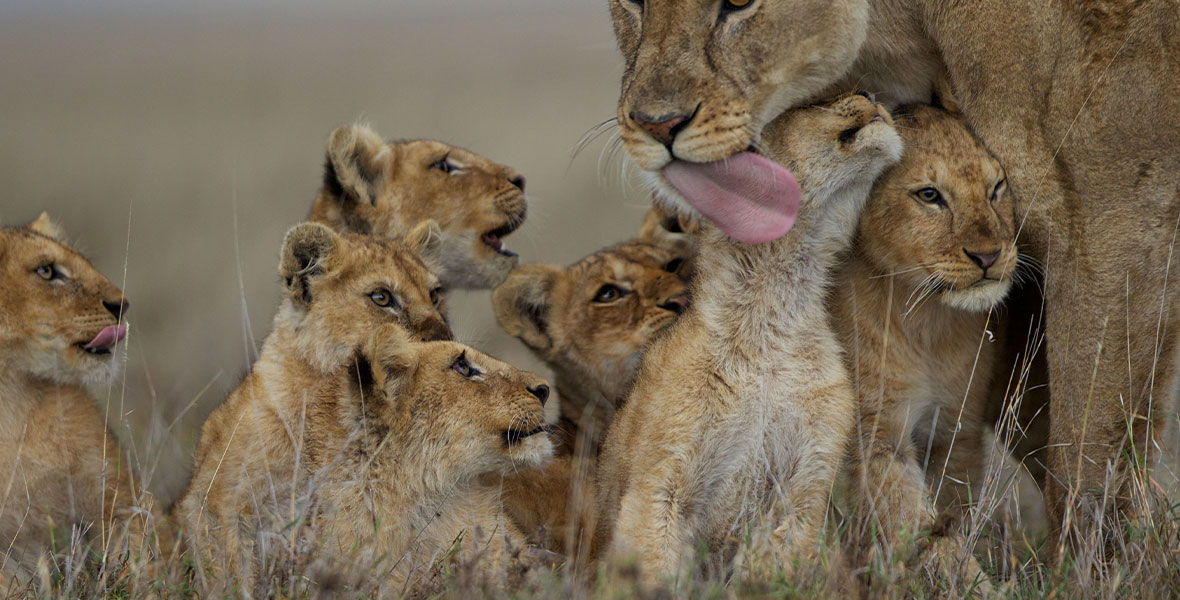 Lion (National Geographic/Disney+)
Disney Legend Jon Favreau, the world’s foremost natural history producer, Mike Gunton, and the BBC Studios Natural History Unit have joined forces in a formidable creative partnership to present a landmark series, now in preproduction, about one the world’s most majestic creatures: lions. When principal photography begins, Lion will follow a single pride for an unprecedented four years. In this intimate and emotional series, the filmmakers will use cutting-edge technology to explore the heart-stopping challenges facing an entire species, all told through a compelling, serialized dramatic story of a single group of characters. 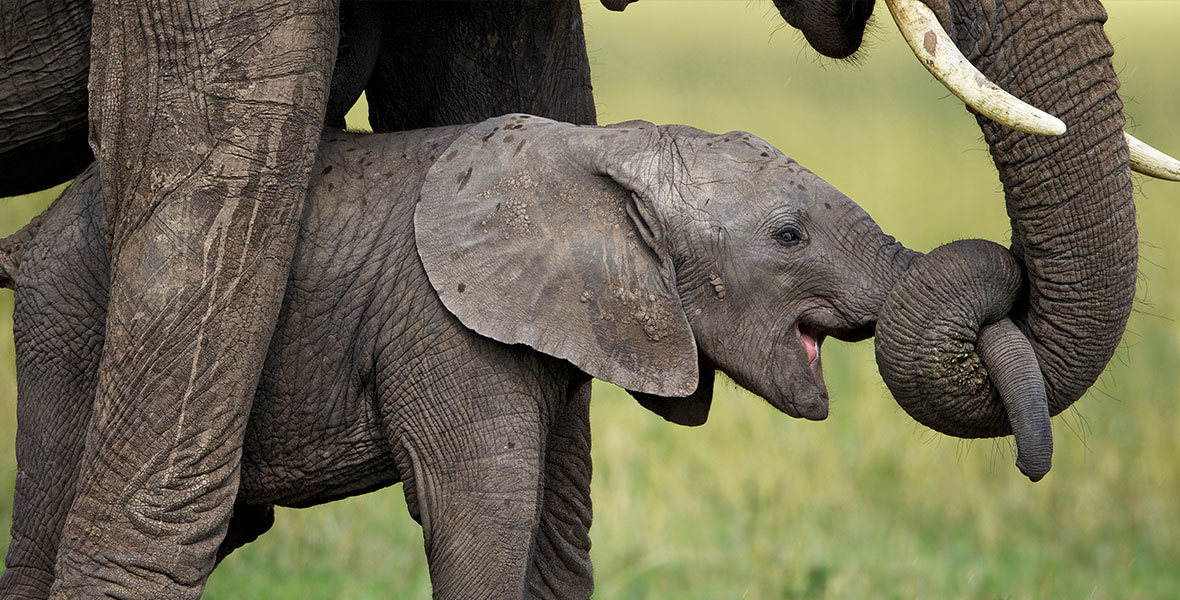 Secrets of the Elephants and Secrets of the Octopus (National Geographic/Disney+)
National Geographic is turning its Emmy® Award–winning Secrets of the Whales into a new annual multipart franchise to coincide with Earth Day each year, with James Cameron returning as executive producer. Each year will focus on one species to fully explore its unique traits and culture. In 2023, the franchise will present Secrets of the Elephants with conservationist Dr. Paula Kahumbu. Elephants have long been a source of wonder and mystery with their rich emotional lives and almost supernatural ways of navigating the world. Secrets of the Elephantstravels the globe to meet different families of elephants, each with their own set of remarkable cultural behaviors which they’ve adapted to suit the environment in which they live. This series deploys the latest science and brand-new camera technology to reveal the elephant’s secret world, revealing not just how truly extraordinary they are in their own right but also how similar they are to humans. Secrets of the Octopus, meanwhile, will be presented by wildlife scientist Dr. Alexandra Schnell. 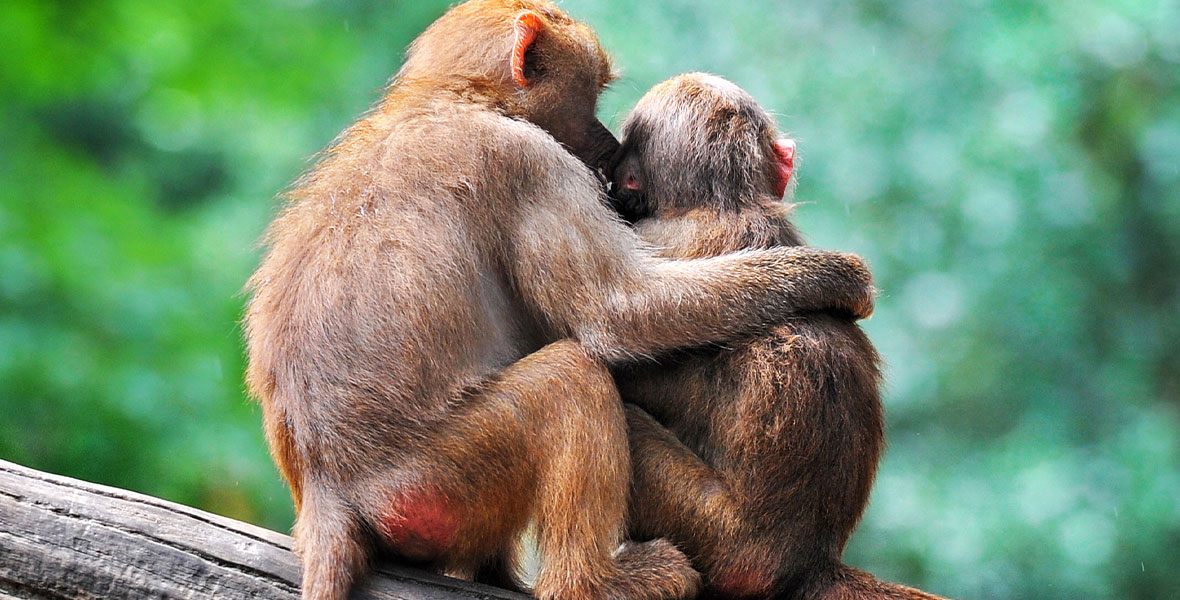 Sentient (National Geographic/Disney+)
If monkeys do math, whales mourn their dead, bees draw maps, and the largest communication network on Earth is run by mushrooms... how special are we? For centuries, we’ve set ourselves apart from nature because of the way we think, feel, and learn, but the latest revelations from the fields of animal behavior, cognition, and psychology reveal some astonishing truths about the other minds with which we share our planet. Sentient will show that life at all scales—plants, animals, and arguably, entire ecosystems—has aspects of sentience and will ask us to rethink our place in nature. 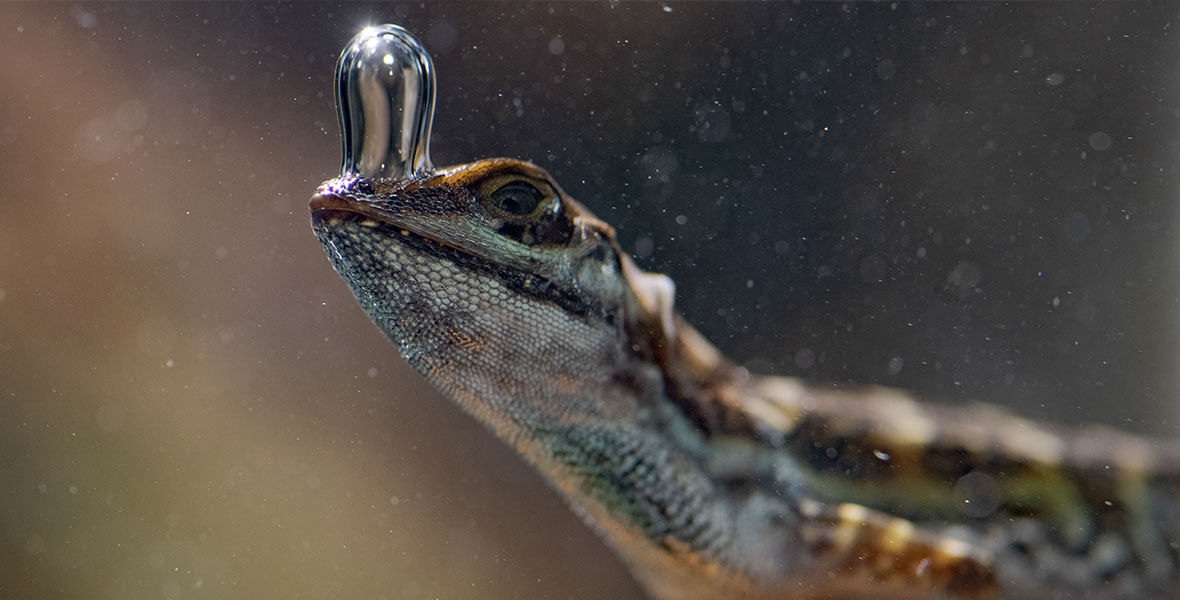 Super/Natural (National Geographic/Disney+)
Executive produced by James Cameron and narrated by Benedict Cumberbatch, this new series—set to premiere later this year—utilizes the latest scientific innovations and leading-edge filmmaking technology to reveal the secret powers and super-senses of the world’s most extraordinary animals. Viewers will get to see and hear beyond normal human perception and experience the natural world as a specific species does—from seeing flowers in bee-vision, to eavesdropping on a conversation between elephant seals, to soaring the length of a football field with glow-in-the-dark squirrels. 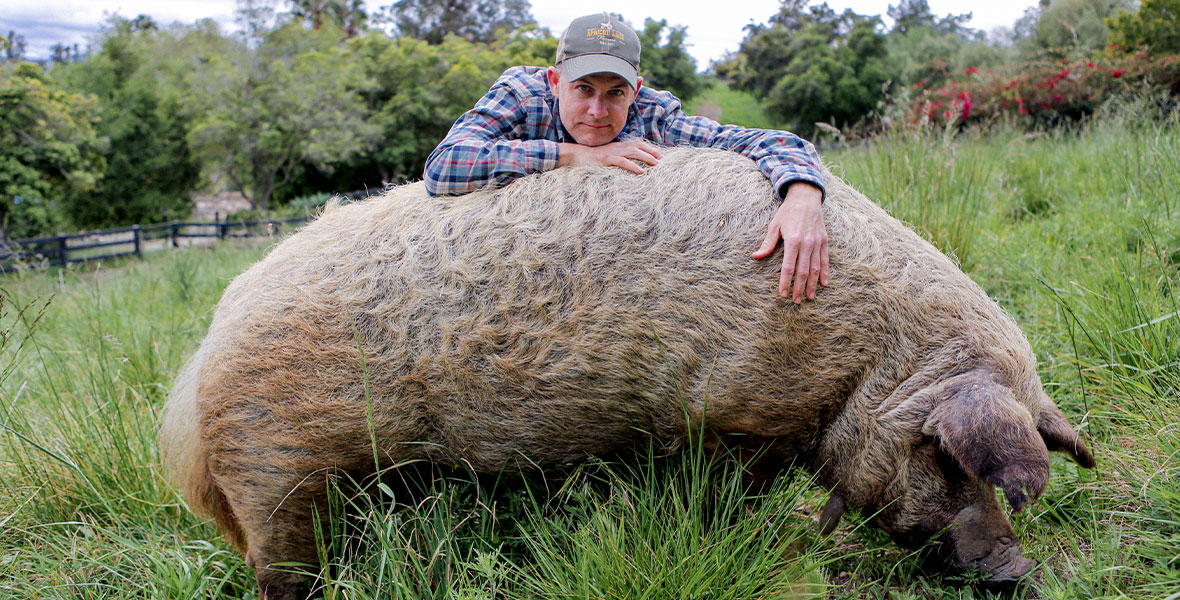 The Biggest Little Farm (National Geographic/Disney+)
After previously announcing an Earth Day special for Disney+, based on the award-winning feature documentary about John and Molly Chester, who abandoned urban Los Angeles to live on a dried-up farm in Ventura County, National Geographic will expand their story in a series for Disney+. Over the course of 14 years, the Chesters transformed that farm into Apricot Lane Farms, which reflects the biodiversity of our planet. The new, heartwarming series is akin to a real-life Charlotte’s Web, as it will soon introduce audiences to the animals on the farm, including Georgie, the gopher-eating egret; Walter, the rooster who protects injured chickens; and Moe, an adorable lamb who befriends the family. 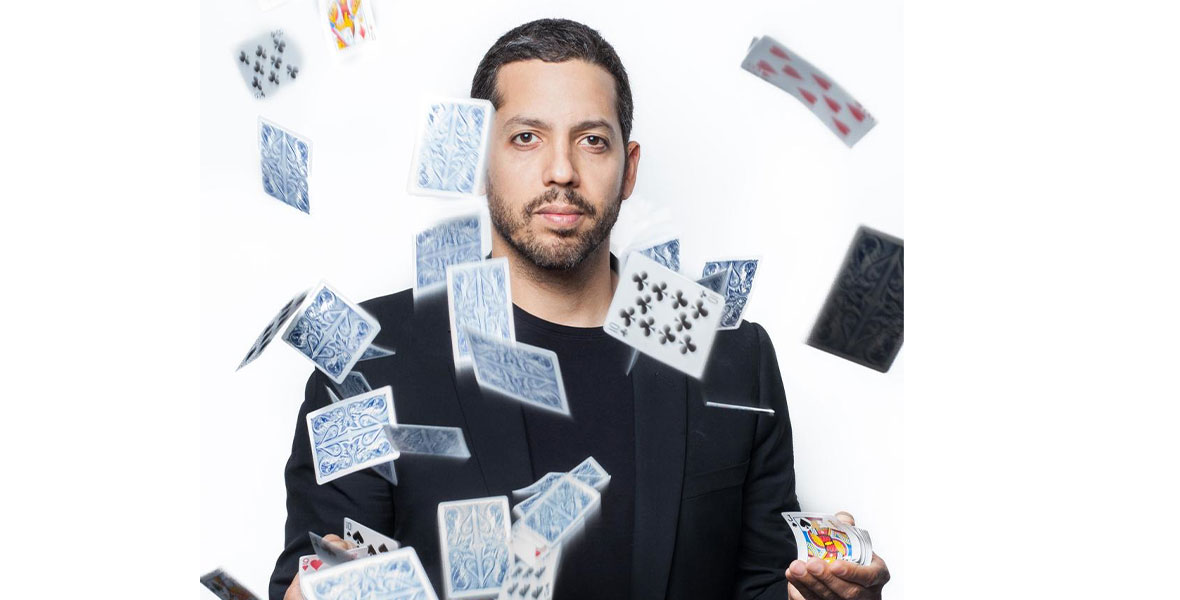 Beyond Belief with David Blaine (National Geographic/Disney+)
Beyond Belief with David Blaine presents a rarely seen side of magician and endurance artist David Blaine. This new documentary adventure series brings viewers along as Blaine goes on a global odyssey across remote cultures, each embedded with unique histories and practices. He will hunt for extraordinary people—including shamans, fakirs, and magicians who perform magic that defies what doctors and scientists think is possible—and convince them to share their secrets. 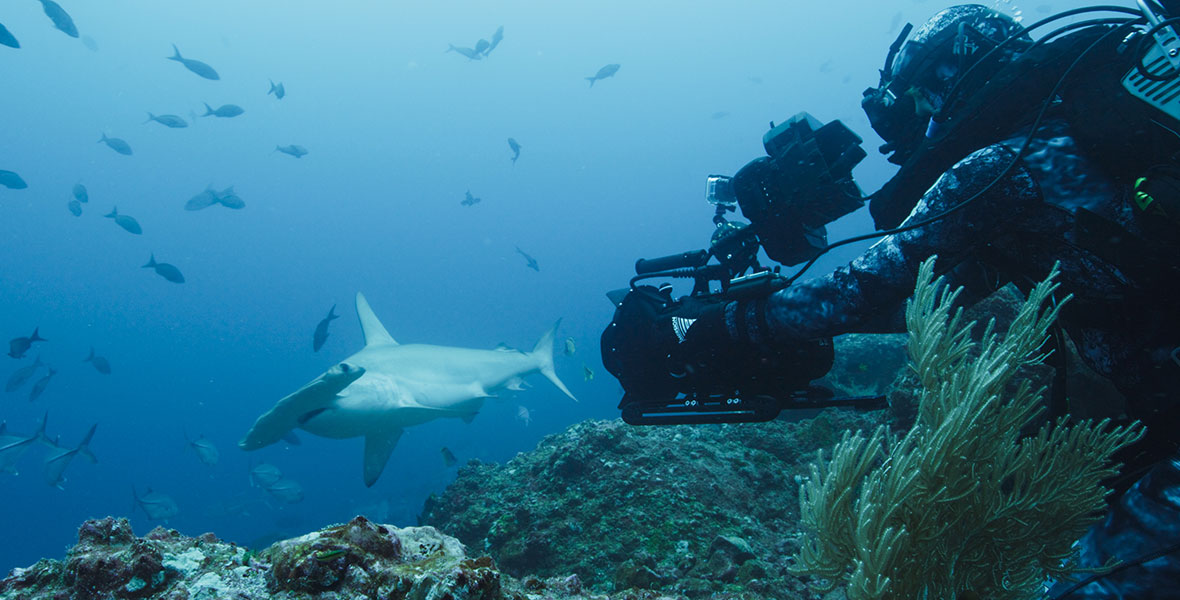 The Epic Adventures of Bertie Gregory (National Geographic/Disney+)
The face of a new generation of aspirational adventurers and natural history filmmakers, 27-year-old Bertie Gregory takes viewers on a nail-biting journey that pushes into the most spectacular and secretive corners of our wild world. Armed with leading-edge film technology, The Epic Adventures of Bertie Gregory breaks the mold of the traditional natural history program by telling extraordinary, real-life animal stories and taking viewers with him for every beat of the action. For weeks at a time, the charismatic, award-winning cinematographer immerses himself into the animals’ lives to capture the untold stories of iconic creatures living in some of the harshest environments on our planet. This season finds Gregory braving the icy worlds of Antarctica in search of the biggest gathering of whales ever filmed and coming face-to-face with specialist buffalo-hunting lions in Zambia. In this multipart adventure series, he takes audiences on an ambitious odyssey across the globe, showcasing the natural world at a time when it faces its greatest challenges. Set to premiere this year, the series has been picked up for a second season, which is filming now.

Photographer (National Geographic/Disney+)
A stunning and intimate documentary series from Academy Award® and Emmy Award-winners E. Chai Vasarhelyi and Jimmy Chin, Photographer tells the intensely personal stories of the world’s greatest visual storytellers and artists. Spanning diverse genres of photography, each episode profiles an extraordinary talent, taking viewers on a journey to discover exactly what is required to produce the world’s most iconic images and offering immersive insights into what it feels like to be the person behind the lens capturing extraordinary moments. Each episode is directed by a different filmmaker, who partners with a photographer to tell the story of his or her life. Vasarhelyi and Chin direct the first episode, which profiles conservation photographers Paul Nicklen and Cristina Mittermeier.

A Small Light (National Geographic/Disney+)
As previously announced, this powerful limited scripted series tells the remarkable story of twentysomething Miep Gies. After her boss, Otto Frank, came to her and asked her to hide his family from the Nazis during World War II, she didn’t hesitate. For the next two years, Miep, her husband, and the other helpers watched over the eight souls in hiding in the Secret Annex. And it was Miep who found Anne’s Diary and preserved it so that she and Otto could later share it with the world. Gies, who passed away in 2010 at the age of 100, was an amazing and unlikely heroine whose story is both inspiring and deeply humanistic. 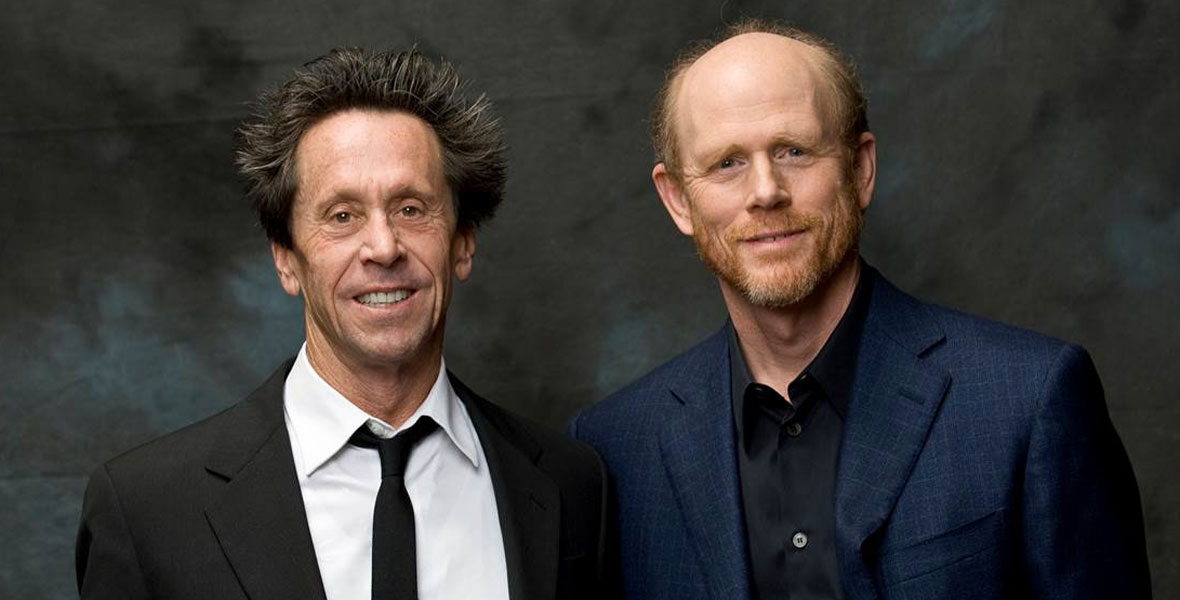 We Feed People (National Geographic Documentary Films/Disney+)
From Director Ron Howard and producers Brian Grazer and Imagine Documentaries, We Feed People spotlights chef José Andrés and his nonprofit World Central Kitchen’s incredible mission and evolution over 12 years, from being a scrappy group of grassroots volunteers to becoming one of the most highly regarded humanitarian aid organizations in the disaster relief sector. As the world’s most prominent food-focused first responders, Andrés and the World Central Kitchen team have snapped into action, combating hunger in the wake of crisis by serving over 60 million meals to date. Featuring exclusive access to World Central Kitchen’s initiatives and archives, the documentary follows Andrés and his team around the globe as they address the increasing environmental and humanitarian crises that devastate our world the best way they know how: through food. The film takes an in-depth look at World Central Kitchen’s collaborations with local chefs to feed affected people and first responders, which has instilled an extraordinary sense of hope in these communities. From the frontlines of a crisis to the backrooms of the kitchen, the film examines the restoration of community and the activation of change—one meal at a time.