On November 8, 1973, Robin Hood premiered, capturing the hearts of audiences all over the world. To celebrate 45 years of this classic film, Disney’s Animation Research Library has opened its vaults, sharing some incredible artwork and stories behind the making of the film. Please enjoy as we take a trip back to Nottingham to celebrate this positively medieval anniversary!

1. Allan-A-Dale
The catchy tune “Ooh-De-Lally” was composed by Roger Miller, who was one of the most popular country-western composer/singers of the late 1960s. Production documents show Miller, voicing the minstrel rooster Allan-A-Dale, recorded the demo to “Oh-De-Lally” on October 13, 1969. Though a number of other renditions were recorded, including a more “countrified” version, in addition to another version recorded by Miller in June of 1970, the filmmakers eventually chose the original demo recording in the final tracks of the movie and on the film’s soundtrack.

2. Early thoughts about a story for a fox
In the late 1930s, Walt Disney was intrigued by the possibilities of adapting into animation the 12th Century tale of Reynard the Fox, but was concerned “the central character is a crook.” The project was subsequently shelved. It was revived in the mid-1950s and again in 1960. Marc Davis and Ken Anderson created many lavish and lush concept pieces and story sketches for the latter effort until that, too, was shelved. The character of Reynard was simply a scoundrel. Anderson would continue, in the late 1960s, to help develop what would eventually be a successful animated film featuring an appealing fox of derring-do, Robin Hood (1973).

3. Live-action or animated?
Concept art is created to develop the characters, moods, and moments in a film. In the creative process, artists will often experiment with different ideas as they arise. During the production of Robin Hood (1973), one artist created ink and marker renditions of Robin and Marian as foxes and as humans.

4. The voice of Robin Hood
Though the voices of Little John, the Sherriff of Nottingham, and Prince John may be familiar, the casting for the voice of the title character of Robin Hood was not an easy task. British pop star and Disney veteran of The Happiest Millionaire (1967) Tommy Steele was initially thought to be an ideal voice. However, filmmakers felt his performance too exuberant and lacking in the leadership qualities for the character of Robin they conceived. Other actors who tested included former Monkee Davy Jones, Bill Bixby, Rob Reiner, Richard Dawson, Ken Berry, and Dean Jones. However, after Disney personnel saw Tony Award winner Brian Bedford onstage in Los Angeles, they brought him in to test in May 1971. Bedford’s voice conveyed the charm, heroism, and romance the filmmaker’s hoped for—all with a dash of self-mocking humor. They knew they had their Robin Hood at last.

5. One of the inspirations on the take of Robin Hood
According to Ken Anderson, who was key in helping bring the characters and the story for Robin Hood to life, one of the main influences in the late 1960s—when the film was being developed—was the critical and popular success of the live-action film Butch Cassidy and the Sundance Kid (1969). The filmmakers envisioned Robin and Little John as animated counterparts to the characters of Butch and Sundance respectively. Robbing (or should we say “borrowing”) from the rich and giving to the poor, Robin and Little John would be outlaws with hearts of gold…mostly Prince John’s gold. 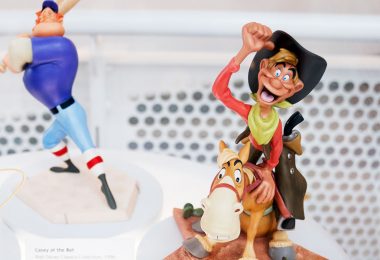 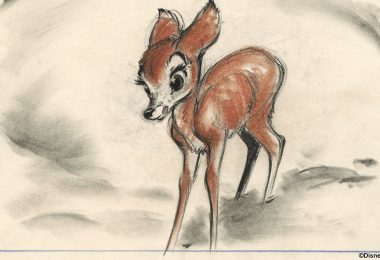 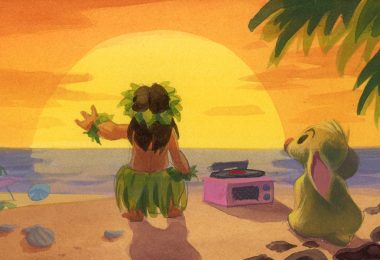