The Disney+ Original series National Treasure: Edge of History premieres Wednesday, December 14, with two episodes. An expansion of the National Treasure film franchise, the story centers on Jess Valenzuela (Lisette Olivera), whose life is turned upside down after a mysterious stranger gives her a clue to a centuries-old treasure that might be connected to her long-dead father. Jess has a knack for solving puzzles, and her skills are put to the test as she and her friends follow a series of clues hidden in American artifacts and landmarks. But can Jess outsmart a black-market antiquities dealer in a race to find history’s greatest lost treasure and unbury the truth about her family’s past?

Before the series debuts, allow the cast to introduce their characters: 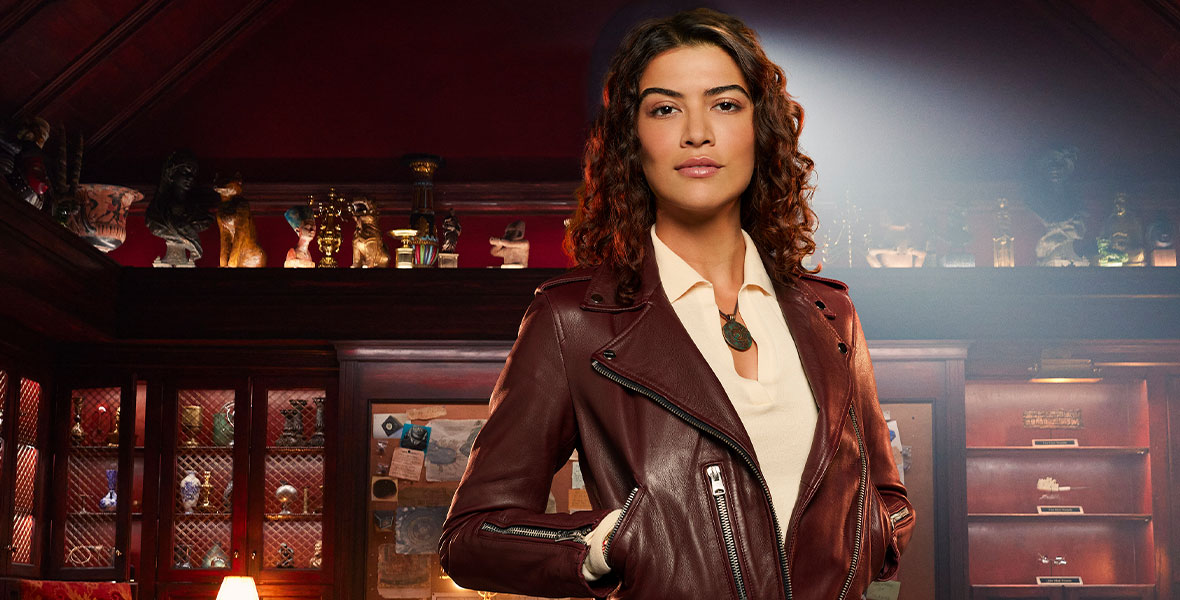 Jess (Lisette Olivera)
Jess is a resourceful DREAMer who embarks on the adventure of a lifetime to uncover the truth about her family’s past and save a lost Pan-American treasure. “Jess is a bright young woman who’s living in Baton Rouge and at a standstill in her life after her mother passes away,” Olivera tells D23 of her “ambitious” character. “She discovers that her father has something to do with Pan-American treasure, so she decides to go on this treasure hunt, despite all the adversity and fear—and she rises to the occasion.” 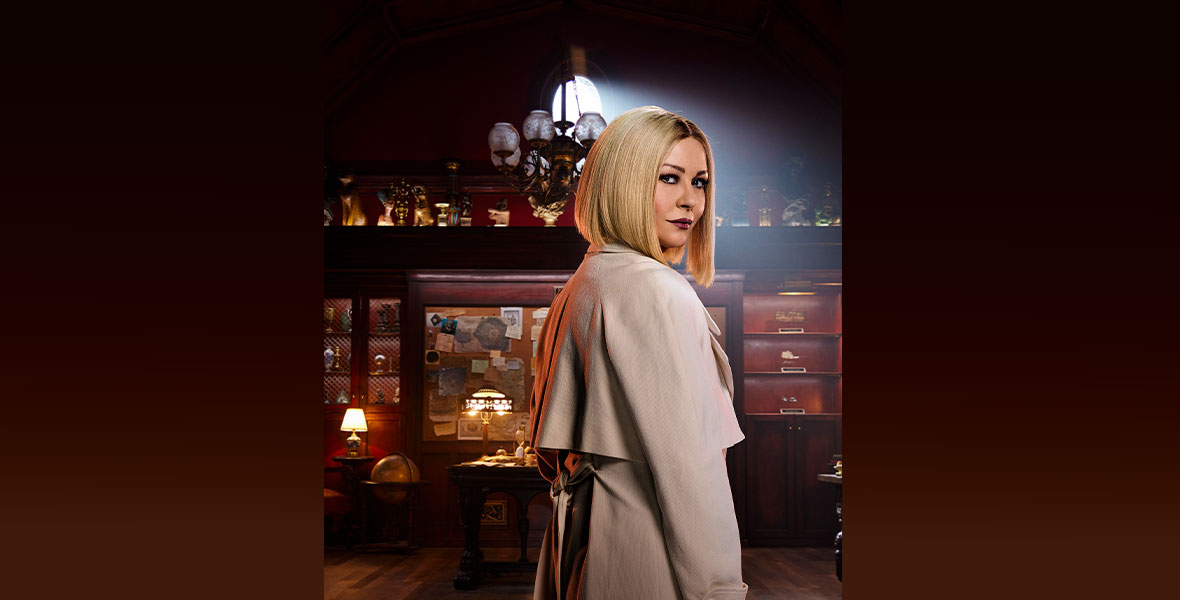 Billie (Catherine Zeta-Jones)
“I play a semi-shady antiques dealer/black market trader who’s in search of a particular treasure and gets thrown into Jess’ world,” Zeta-Jones tells D23. “They have this kind of cat and mouse relationship. Who’s going to get this treasure first? Is the treasure real? Who’s good? Who’s bad? It’s a real romp.” And no one is having more fun than her: “When you play a so-called ‘baddie,’ it gives you the leeway to push it a bit more.” 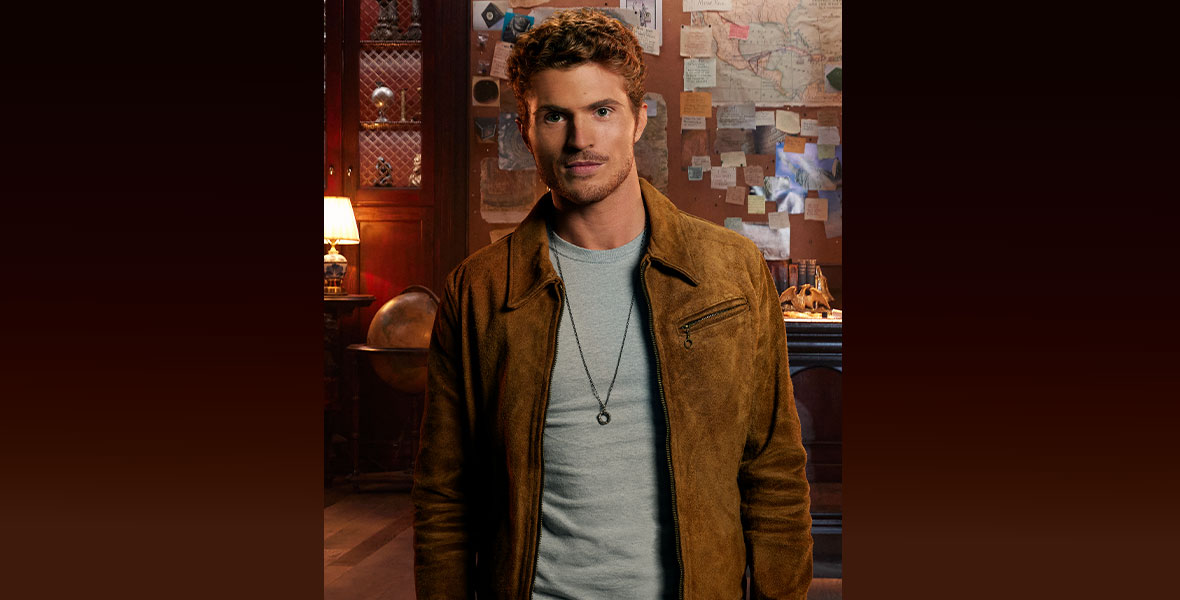 Liam (Jake Austin Walker)
The estranged grandson of former FBI Agent Peter Sadusky (Harvey Keitel), Liam is a struggling musician who wants to forge his own path. “Liam comes from a very long line of treasure hunters. He knows firsthand the damages that can come from that life,” Walker tells D23. “He wants nothing to do with it—until Jess convinces him otherwise.” 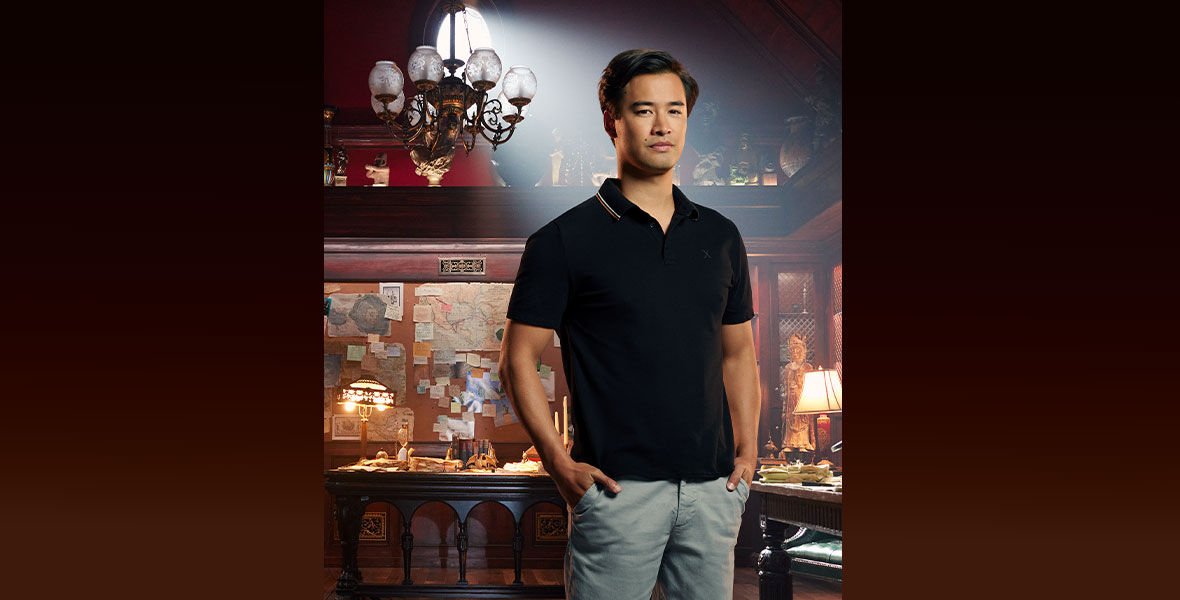 Ethan (Jordan Rodrigues)
“My character is the rule follower,” Rodrigues tells D23. “He is Jess’s best friend, so he’s very protective over her and doesn’t want her to get in trouble with the law. His objective, basically, is to keep her safe and protected at all times.” Ethan pines for Jess... but are his feelings unrequited? “There was an attraction from the beginning, a strong bond,” he says. “But they’re hesitant to see where things could potentially go.” 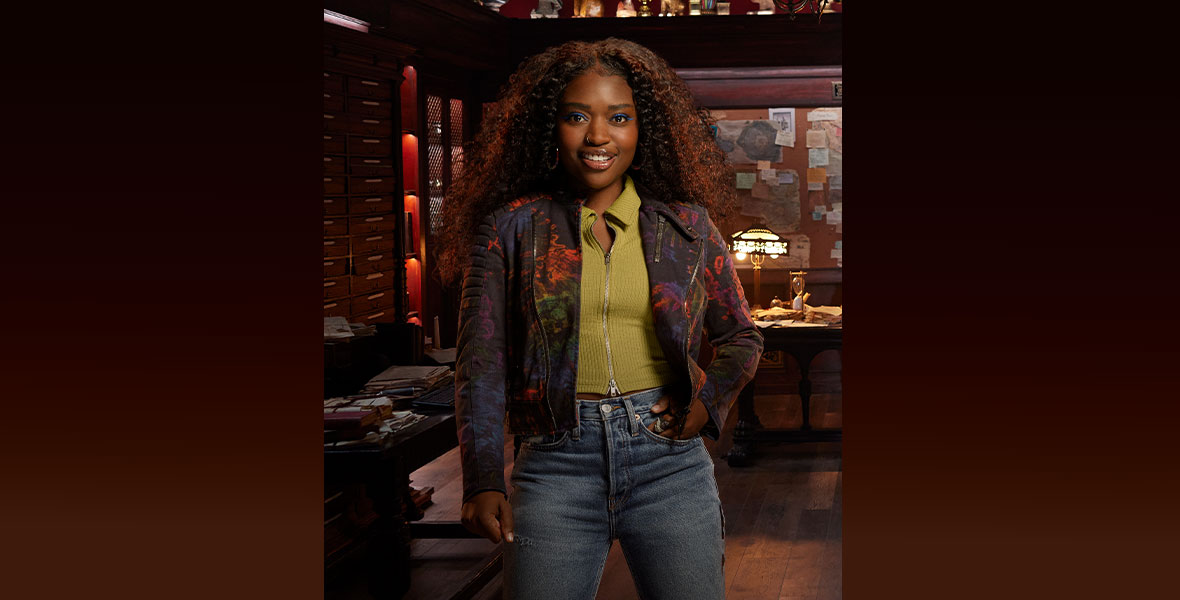 Tasha (Zuri Reed)
“Tasha is a social media star!” Reed tells D23. “She runs a platform where she schools her audience on internet privacy and what it takes to keep the government out of your business. She thinks somebody is always listening. Because of that, she’s super anti-government, super anti-FBI. But it turns out she needs to tap into that to get to where they need to go. She’s forced to reevaluate some of her beliefs for the bigger picture, which is to help her best friend, Jess, and their other friends during this crazy journey.” 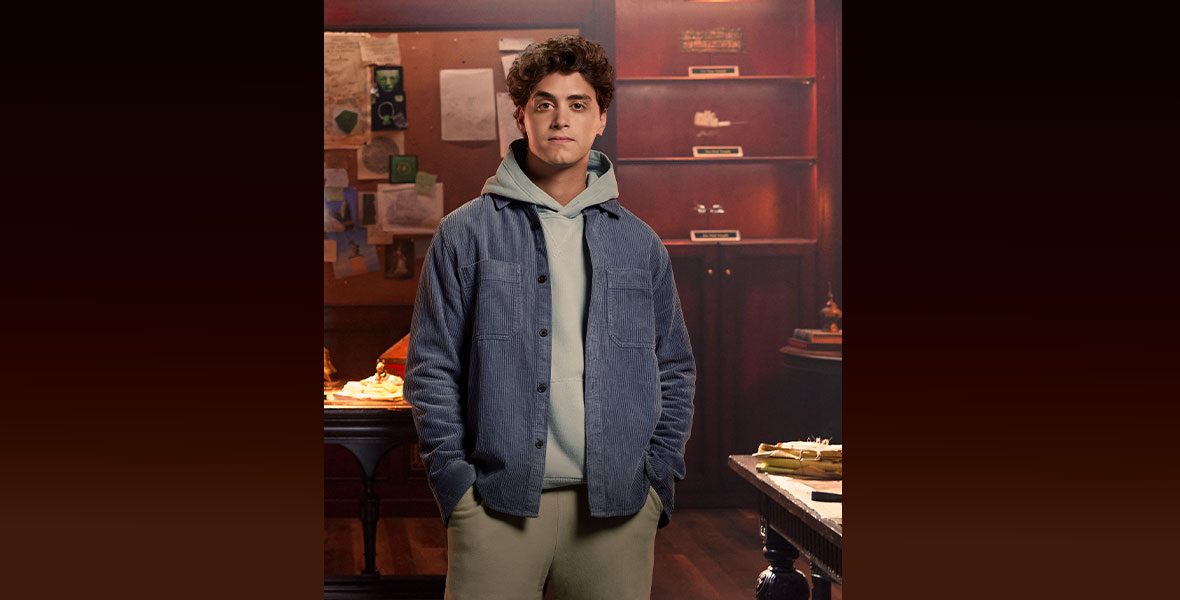 A sneakerhead and childhood friend of Jess, Ethan, and Tasha, Oren has a lot of energy. “Oren’s the cheerleader of the group,” Cipriano says. “He gets Jess excited after going through a traumatic experience, and he comes out the other side ready to go.” Audiences will also see Oren’s rollercoaster romance with Tasha play out. “They start off in rough waters, but throughout the show, Oren really tries to prove himself, and he does mature,” he tells D23. “They go through so much as a group and they get really close. There may be some rekindling, or there may not be. You’ll have to watch!” 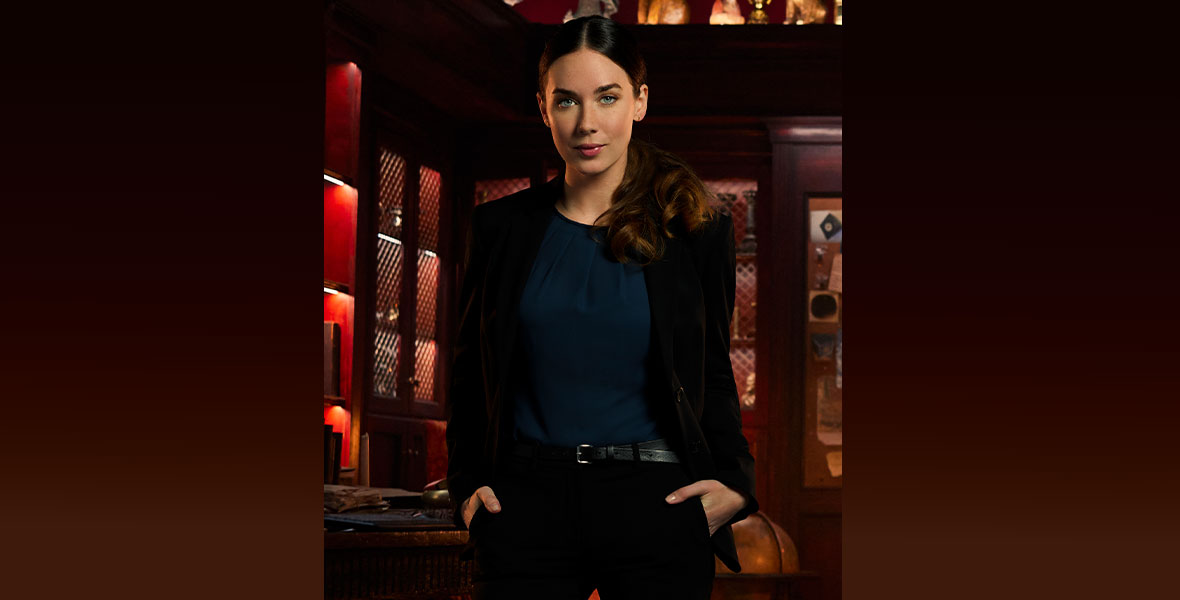 Agent Ross (Lyndon Smith)
Smith describes her character as a “brilliant, brilliant FBI agent,” telling D23, “She was top of her class at Quantico, but she made a career mistake on her first big job and got kicked down to the Baton Rouge field office. She has to rebuild her professional reputation at the beginning of this season. And then in waltzes Jess and Tasha with this weird story about a treasure and a kidnaping, and she swats them out of there. What I find to be so interesting about her is that she has the emotional intelligence to take a step back and go, ‘I think I was wrong about this. I’m going to go on an adventure of my own to figure out what’s actually happening. Who’s friend? Who’s foe? Is there a treasure?’ She’s one step behind the gang and, eventually, turns into an ally for them.”