The 72nd Emmy® Awards will be hosted by Jimmy Kimmel, who returns for the third time. He will also be serving as executive producer for television’s biggest night. The show will be broadcast on Sunday, September 20, from 8-11 p.m. ET/5-8 p.m. PT, on ABC. Previously, Kimmel hosted both the 64th and 68th Emmy Awards. Additional details regarding the show’s production will be announced soon, and nominations will be announced on July 28.

“We know Jimmy Kimmel will deliver a uniquely entertaining, funny and moving Primetime Emmys show,” said Karey Burke, president, ABC Entertainment. “He’s a true master of ceremonies who reveres this industry and its people; and just as Jimmy has done with his own show over the past few months, he will tackle this momentous event with heart and humor, and bring some much-needed joy and optimism to our television colleagues and viewers at home.”

Kimmel currently serves as host and executive producer of the eight-time Emmy Award-nominated Jimmy Kimmel Live!, ABC’s longest-running late-night talk show. Now in its 18th season, it produces some of the most popular comedy bits in late-night television and features a diverse lineup of guests including actors, musicians, athletes, comedians, authors, politicians, and newsmakers. Jimmy Kimmel Live! airs weeknights at 11:35 p.m. ET. Outside of his late-night duties, Kimmel has also hosted some of the biggest events in pop culture. He was the host of the Academy Awards® for two years in a row, in 2017 and 2018, as well as the host of the 2012 White House Correspondents’ Association Dinner in Washington, D.C. Kimmel recently hosted and was an executive producer of Who Wants to Be a Millionaire’s prime-time return to ABC, featuring celebrity contestants playing for charity, 20 years after its series debut starring Regis Philbin. It was recently picked up for another season by ABC. 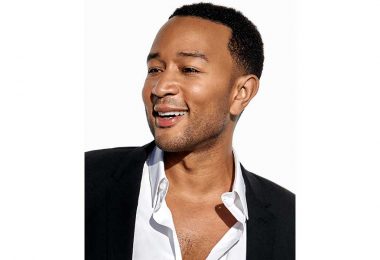