Ever since the Haunted Mansion first opened its creaking doors at Disneyland park on August 9, 1969, guys and ghouls of all ages have been bewildered by the mysterious manor and its 999 happy haunts. In celebration of the attraction’s 50th anniversary, we’ve uncovered a few Easter eggs we’ve been just dying to crack open for Disney fans! 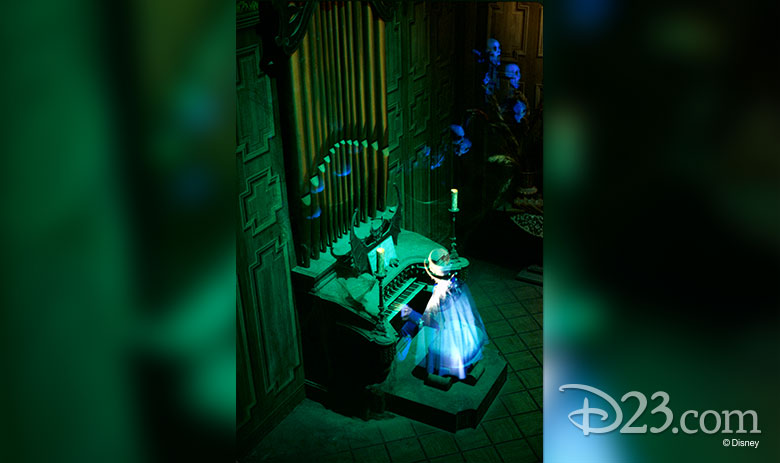 1. Like a Bat Out of Hell
The organ in the ballroom scene is actually Captain Nemo’s pipe organ—minus the pipes!—from the 1954 classic 20,000 Leagues Under the Sea. The instrument was repainted and refitted with a bat-shaped music stand and other ghostly details. The organs in the other Haunted Mansions are exact replicas of the Disneyland original. 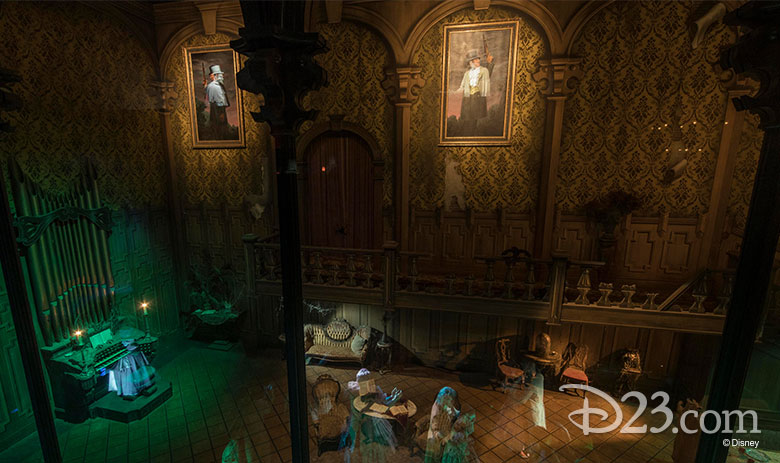 2. Dead Men Tell No Tales
The pistol-carrying duelists emerging from their portraits in the ballroom scene are just two of the Audio-Animatronics® face sculpts recycled from the Pirates of the Caribbean attraction. Designed by Blaine Gibson, one of the duelists was actually the famous Auctioneer himself! 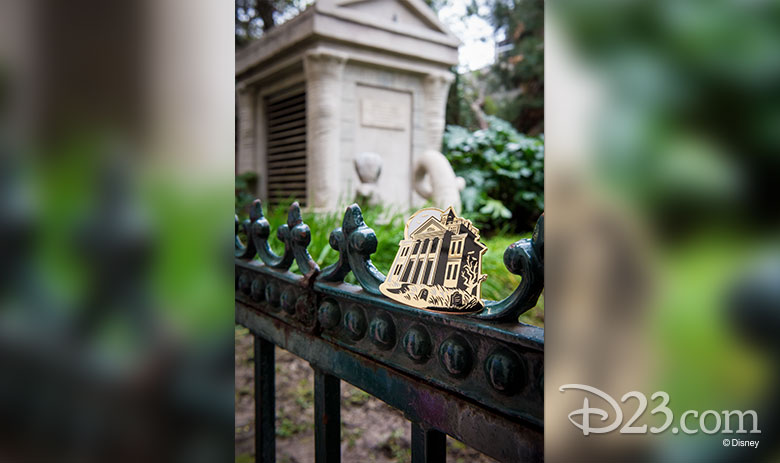 3. Fraidy-Cats, Beware!
In the early 1980s, Kim Irvine—Walt Disney Imagineering’s senior concept designer for Disneyland and the daughter of Madam Leota herself, Leota Toombs—bought pieces of statuary from local nurseries, then asked show writer Chris Goosman to compose humorous epitaphs for dead pets. The original pet cemetery was located on the right side, near what is now Splash Mountain. This hidden spot proved to be such a hit that Imagineers made it official, creating a permanent pet cemetery along the attraction’s queue in 1993. 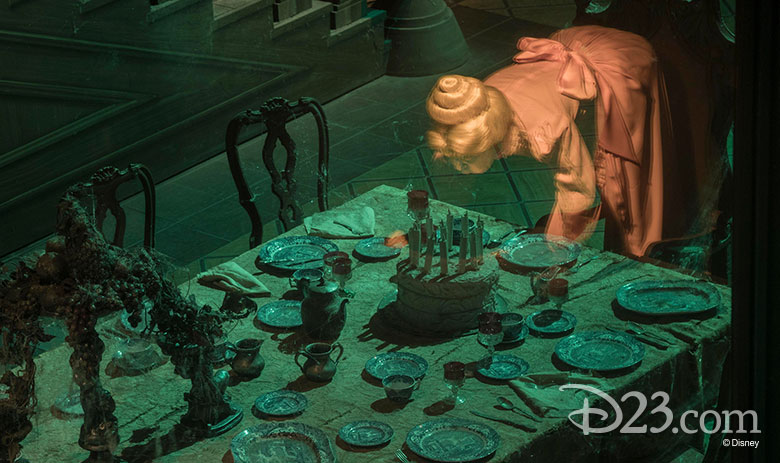 4. Take a Number
The unlucky number 13 is a recurring design element. For example, the 13 tombstone epitaphs are tributes to Disney Imagineers, including Disney Legends X Atencio, Claude Coats, Rolly Crump, Marc Davis, and Yale Gracey. In the Grand Hall, 13 candles sit on top of the birthday cake. The spell book in Séance Circle, titled Necronomicon—Book of the Dead, is opened to pages 1312 and 1313. Also, the anthropomorphized Grandfather Clock found in the Corridor of Doors is shaped like a demon’s head, with the crooked hands moving backwards past the number 13—not 12. 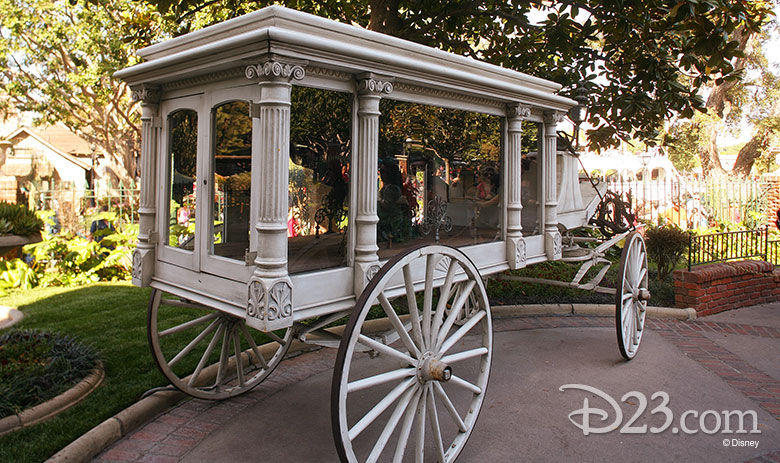 5. The Final Journey
In the early 1990s, Imagineer Bob Barnick persuaded Disneyland to buy a hearse from a local antiques dealer to use in a proposed Young Indiana Jones Epic Stunt Spectacular. When plans for the show were abandoned, Barnick pitched parking the hearse outside the Haunted Mansion. Disney Legend Tony Baxter, Disneyland’s creative lead at the time, argued that to do so would require a tie-in to the Haunted Mansion story. Inspired by the popular “invisible dog on a leash” park toys, Baxter suggested hitching the hearse to a phantom horse. The clever photo op made its debut in September 1995 and proved to be such a hit that a similar enhancement was added to the Magic Kingdom at Walt Disney World. Contrary to urban legend, the Disneyland hearse was not used to bring Brigham Young to his final resting place. However, the Walt Disney World hearse had been used in the 1965 Western The Sons of Katie Elder.