Home / D23 Exclusive / Everything You Need to Know About Disney California ...

Look for Disney Details Throughout the Attraction

Marvel and Walt Disney Imagineering collaborated to create a story that begins the second you see the looming Collector’s Fortress. The structure “embodies the spirit of the collector,” Walt Disney Imagineering’s Danny Handke shared. “It’s weird, it’s bold, it’s grandiose,” and it’s arrogant, much like the Collector himself. The colors of the Fortress may feel familiar––the hues were inspired by tones in the Guardians of the Galaxy film and Marvel comic books. The fortress is completely different from the rest of Disney California Adventure park, but as Danny noted, “It’s a little disruptive, but that’s kind of the point. It’s unlike anything you’ve ever seen before.”

Something you may recognize is Tivan’s logo, displayed prominently on the building––the down arrow symbolizes the Collector’s mining colony on the planet Knowhere. Pipes crawl up and around the logo and the rest of the structure, signifying the immense amount of power within the fortress. Energy is a key player in Guardians of the Galaxy – Mission: BREAKOUT!, as it powers the giant generator that ensures all of the Collector’s prized possessions stay trapped in their cages. Which, of course, makes for a tricky situation if the power goes out, but more on that later… 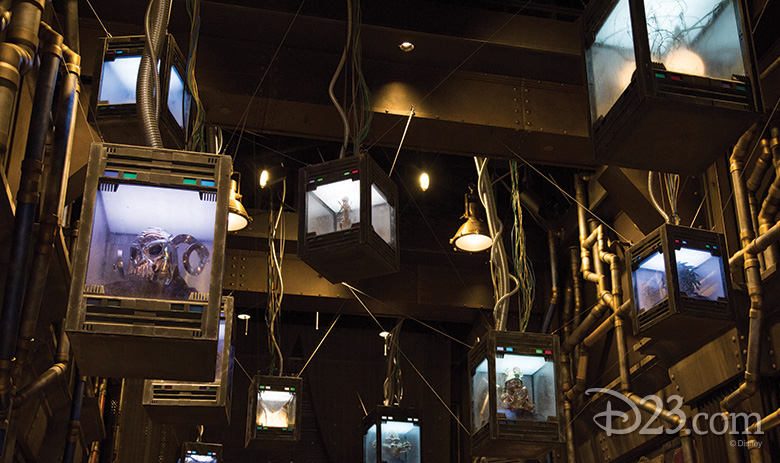 Once you enter the fortress, Tivan’s collectibles are all around; some are even suspended in the air above you. There’s something for everyone to marvel over in the fortress. Fans of the film may notice familiar collectibles (we were excited to see Cosmo, the space dog), while other items may be more familiar to fans of the comic books, or Agents of S.H.I.E.L.D. The team also created brand-new items exclusive to the attraction.

Once you’re seated on the attraction, hold on tight! You’ll immediately launch straight up. As Walt Disney Imagineering’s Estefania Harbuck explained, “This ride is about irreverent humor, it’s about these fun characters and unpredictability.” You’ll want to visit the Collector’s Fortress more than once, as there are multiple ride experiences; six to be exact. “They might see the Guardians in different situations, battling different characters,” Estefania shared. “There will be different responses by Rocket, by the ride system; you will feel it move differently.” 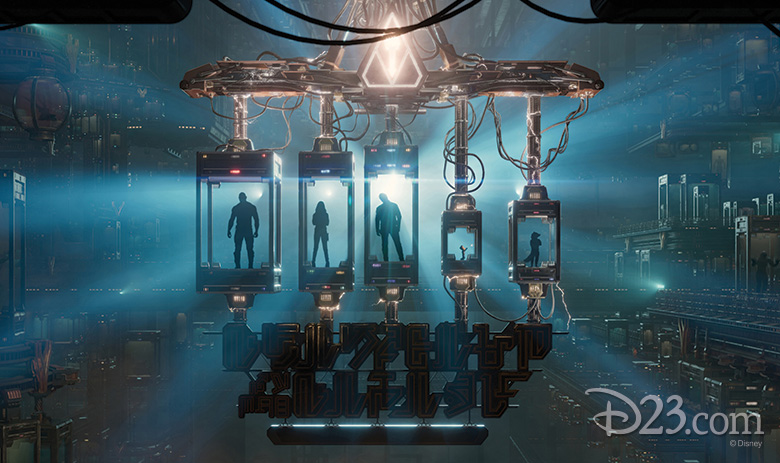 Tune in For a Super Soundtrack

Marvel films are known for their Easter eggs, so, of course, you can expect a plethora of hidden references in Guardians of the Galaxy – Mission: BREAKOUT! While our friends on the creative team wouldn’t give us too much info (“It’s more fun to figure it out yourself,” according to Marvel’s Brian Crosby), they did share that there’s an Easter egg for everyone—whether you’re a fan of the Marvel Cinematic Universe, Marvel comic books, or Disney theme parks—everyone should have their eyes peeled on the new attraction. You never know what you might find!

From the skippers on the Jungle Cruise to the butlers and maids at the Haunted Mansion, Disney has a long-standing history of making its cast members a part of an attraction’s story, and Guardians of the Galaxy ­­– Mission: BREAKOUT! is no exception. The cast members who guide you through your tour of the Collector’s Fortress have gone through extensive training to be the perfect hosts. That being said, they’re not too happy to be working for Tivan. As Operations Lead Thomas Casarez joked, “We’ve never done an attraction where we’re working for the villains!” The cast members you meet in the fortress are definitely walking on eggshells around their all-seeing overlord, but they’ve got a secret––they know Rocket has escaped and is trying to break out the rest of the Guardians. And, best of all, they want to help. Just don’t tell Tivan…

These cast members also played an important role in the development of the attraction. The cast had a chance to ride the attraction just a month and a half ago, and were encouraged to provide feedback to the creative team, who took their comments into consideration and even made some changes to the script and the ride movements based on the cast members’ feedback. After all, who knows better what Disney fans want than some of Disney’s biggest fans, its cast members!

See it all for yourself when Guardians of the Galaxy – Mission: BREAKOUT! opens at Disney California Adventure park May 27. 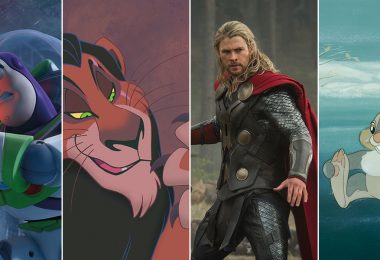 Which Disney Characters Should Join the Guardians of the Galaxy? 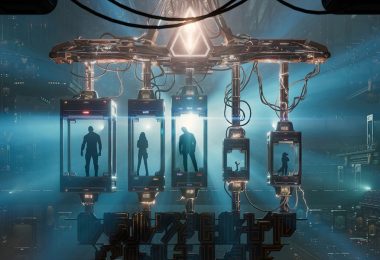 Get Ready to Rock Out on Guardians of the Galaxy – Mission: BREAKOUT!