Here’s a recap on some of the biggest announcements: 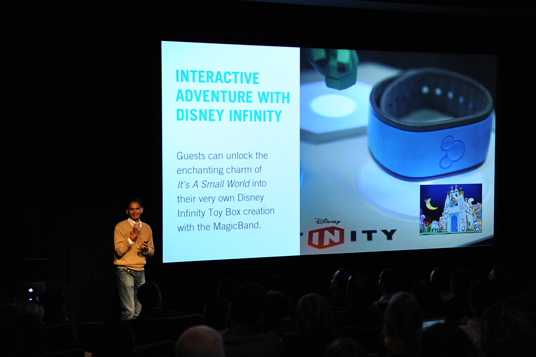 Walt Disney Parks and Resorts announced plans to incorporate the MagicBand into the gaming experience of Disney Infinity. MagicBands will unlock an it’s a small world experience. Worn on the wrist, the MagicBand is the key to unlocking the magic of a Walt Disney World vacation, connecting guests to all the choices they make online at MyDisneyExperience.com.

The MagicBand serves as park admission, access to FastPass+ experiences and Disney PhotoPass photo association—all rolled into one. For Walt Disney Resort hotel guests, it also serves as a room key and optional payment method. One touch of the MagicBand and the colorful Mickey-shaped readers deliver guests’ selected experiences. 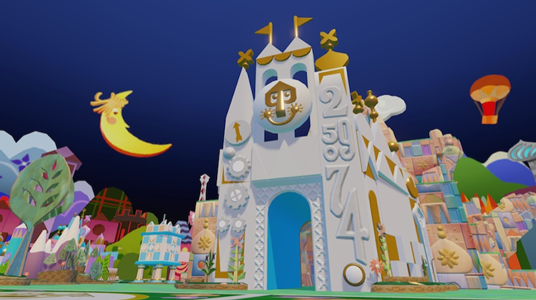 Guests unlock the download of it’s a small world for their Toy Box by placing a MagicBand over the Disney Infinity Base. The Base will detect the presence of a MagicBand, and then will instantly unlock the “it’s a small world” download with no online connectivity required. Additionally, you’ll be able to enchant other players with the iconic music from the it’s a small world attraction in the background. Once you’ve created a saved game, you will always have access to the new content. 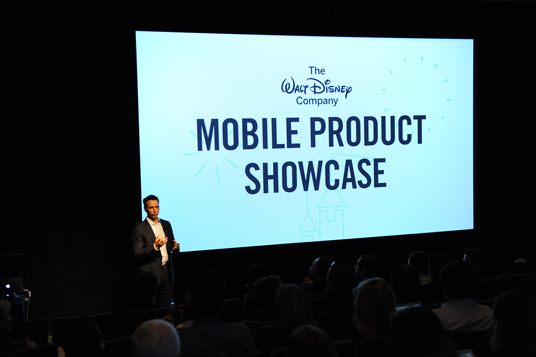 A mobile version of Disney Infinity 2.0 for iOS was announced. The app is built using Metal, which offers significantly higher performance and console-quality graphics. The app includes multi-player functionality and will be available on iPhone for the first time this year. 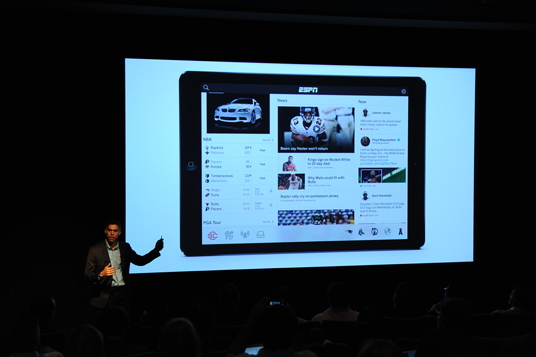 In 2015, ESPN’s industry leading SportsCenter app will change its name to ESPN, so that the company’s No. 1 website, No. 1 mobile website and No. 1 mobile app will all have the same name. In time for the Super Bowl, ESPN will combine its native application and web development into one personalized experience.

On April 1, 2015—the 20th anniversary of ESPN.com—ESPN will officially launch the new ESPN.com in the U.S. and U.K. 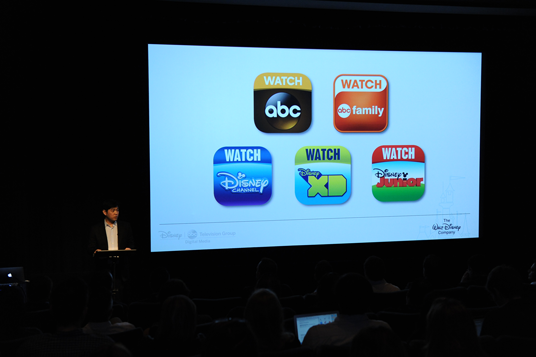 Across DATG’s five networks (ABC, ABC Family, Disney Channel, Disney Junior and Disney XD), the WATCH apps have been downloaded more than 50,000,000 times, on 40 different devices and, on average, viewers watch 20,000,000 hours of content a month on WATCH.

DATG also announced that it will deliver another slate of Disney Junior Appisodes next year, including the first ever appisode for Sheriff Callie’s Wild West and the network’s new show Miles from Tomorrowland. 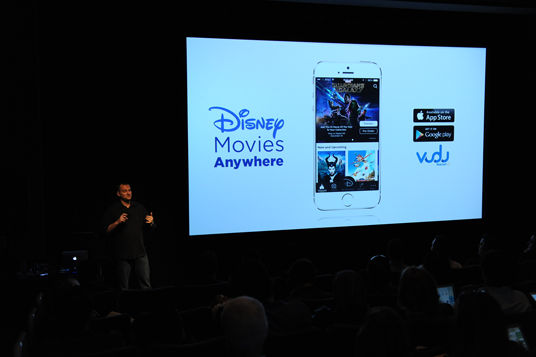 DMA will be available through VUDU beginning November 18. You can now access their Disney digital movie collections on all VUDU-enabled devices including set-top boxes, gaming systems and smart TVs; on iOS devices via iTunes and on Android devices through the recently announced partnership with Google Play, as well as through the Disney Movies Anywhere website. 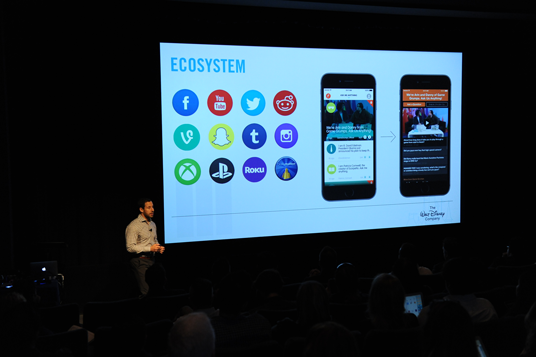 The Maker Axis platform allows for growing scale through efficiencies in hub creative and streamlined end-to-end process automation. Now independent creators can create their own video hub apps and mobile-friendly websites in a matter of minutes.

Disney Consumer Products (DCP) discussed its focus on meeting the needs of consumers on mobile devices through the convergence of play, storytelling and learning. Andrew Sugerman, executive vice president, Disney Publishing Worldwide (DPW), announced its position as the No. 1 publisher of Kids Apps in 2014.

DPW unveiled its plan to launch an entirely new learning brand, Disney Imagicademy, which is designed to meet the needs of parents and address an existing gap in the marketplace. More details will come at an event in New York on December 4, 2014.