Perhaps the most iconic shoes in fairy tale history are the sparkling glass slippers worn by Cinderella. As a repository dedicated to preserving the most memorable costumes from Disney films, we always assumed that the shiny slippers would never be a part of our collection—they only existed as the result of an artist’s brushstroke. But, with the release of the live-action Cinderella in 2015, physical examples of the shoes that turned a chambermaid into a princess now have a home in the Walt Disney Archives. Costume designer Sandy Powell took meticulous care to create a beautiful and functional shoe that would be as memorable as the slippers in the animated film classic.

The process of building the shoe was so detail-oriented that several mock-ups were constructed until the perfect fit and design was established. The Archives was pleased to find that several iterations of the shoe were kept by the production team and subsequently turned over to us for historical preservation. Being able to exhibit these variations of the slipper together helps demonstrate the process involved with designing costumes (and sometimes props) for films.   From an initial foam model to a shimmering glass shoe dotted with Swarovski diamonds, Cinderella is still the queen of famous footwear. 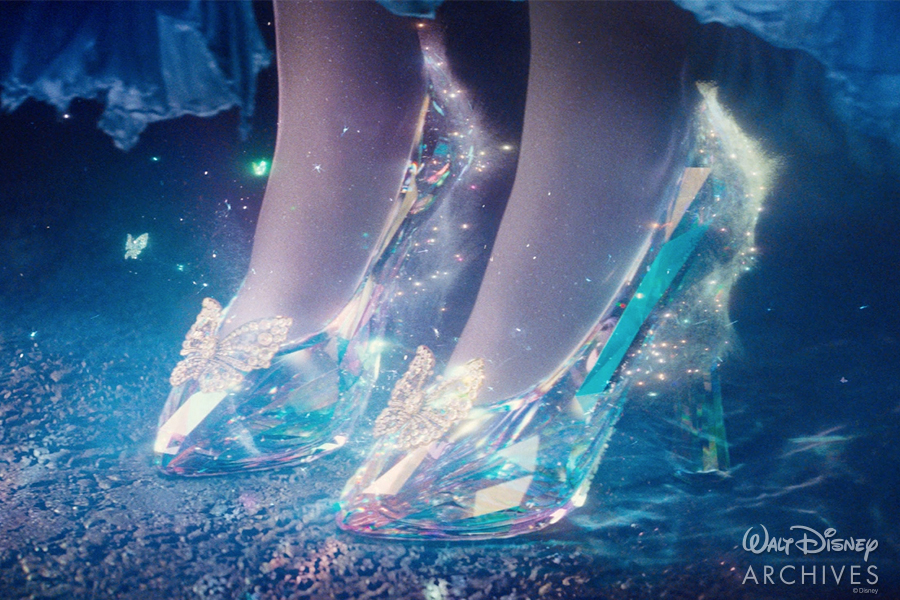 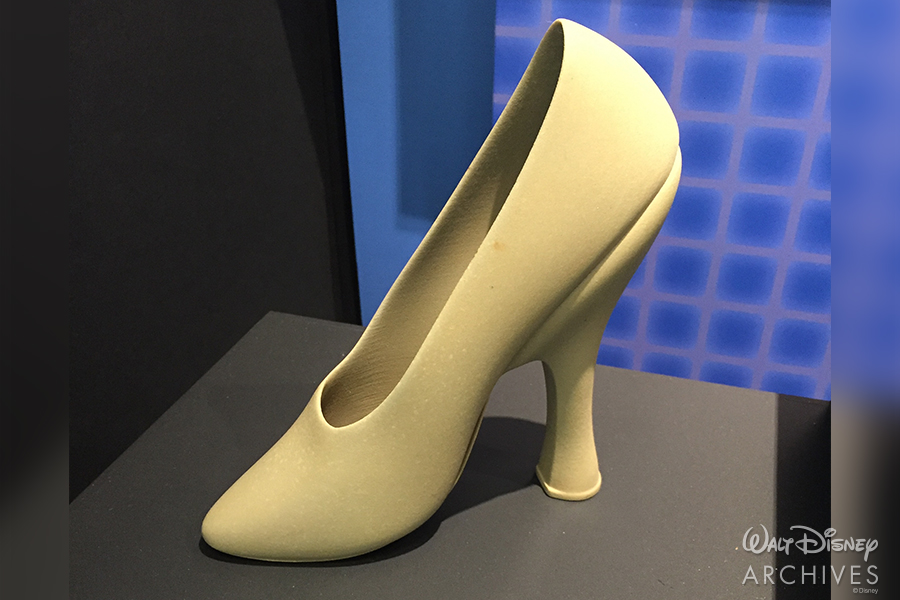 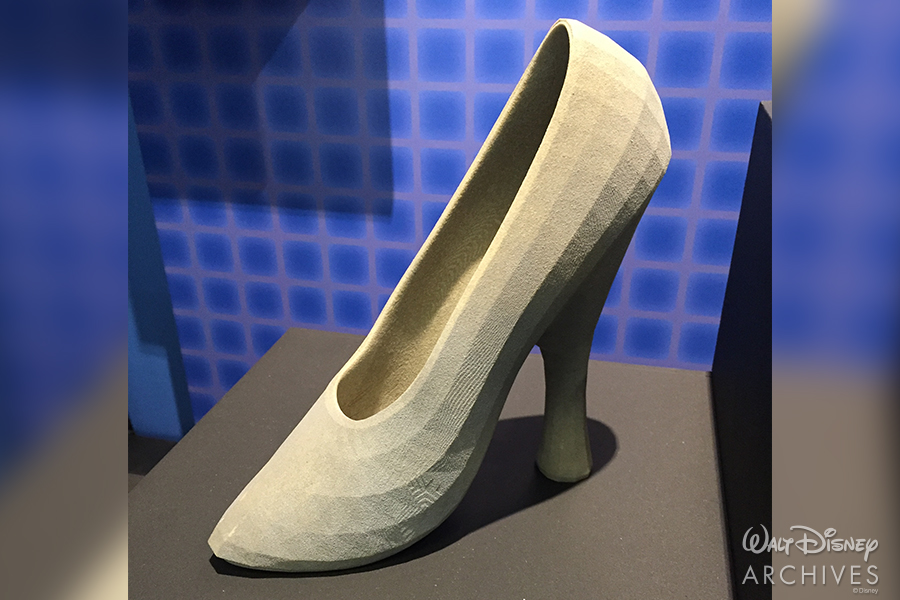 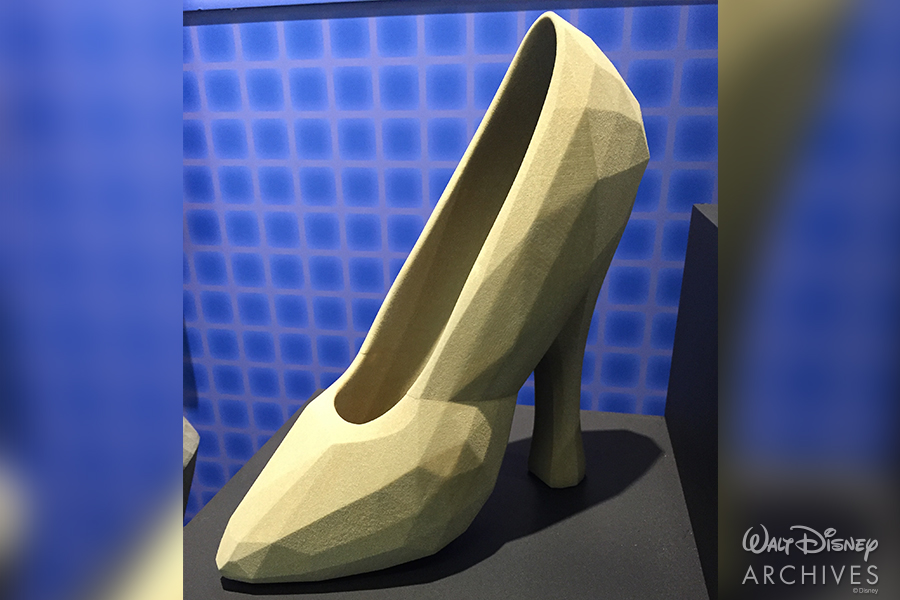 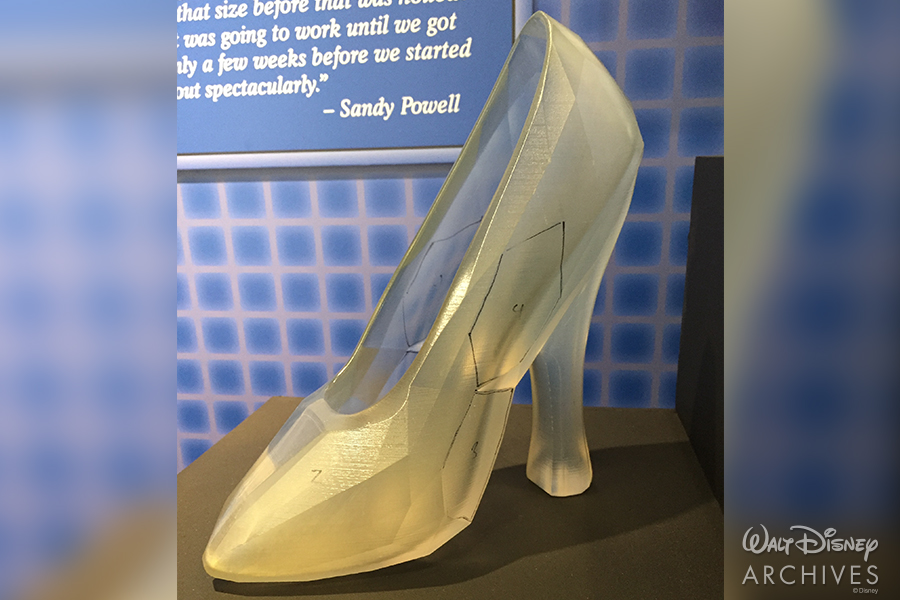 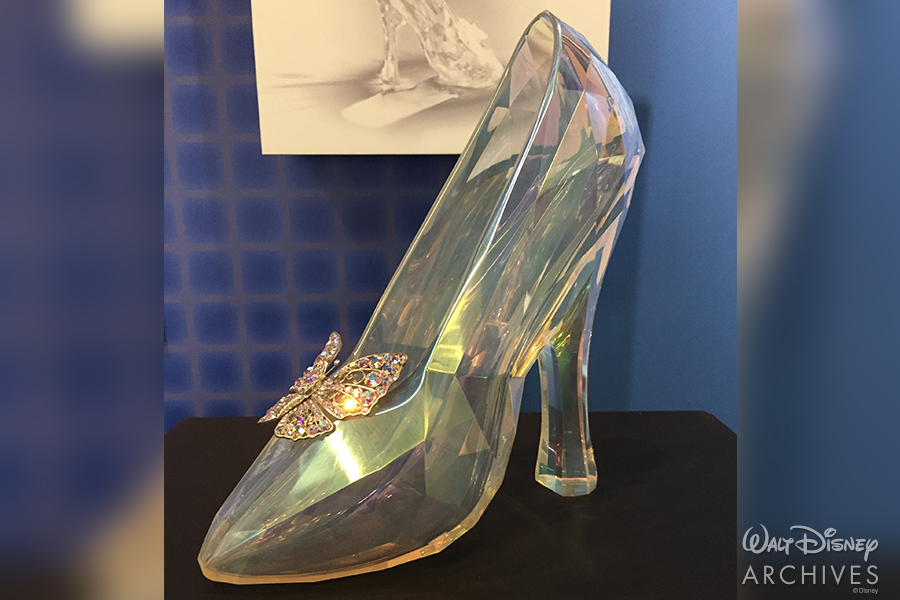 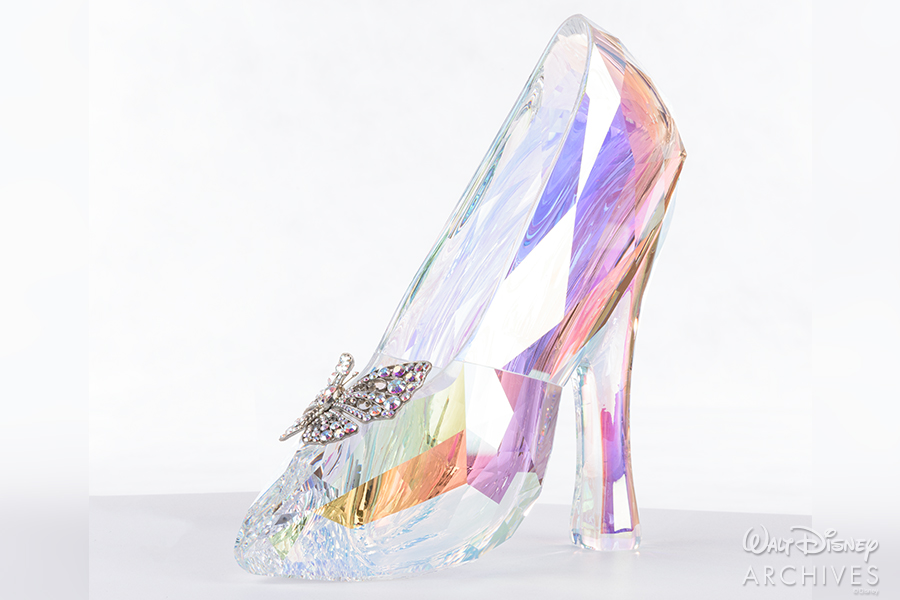 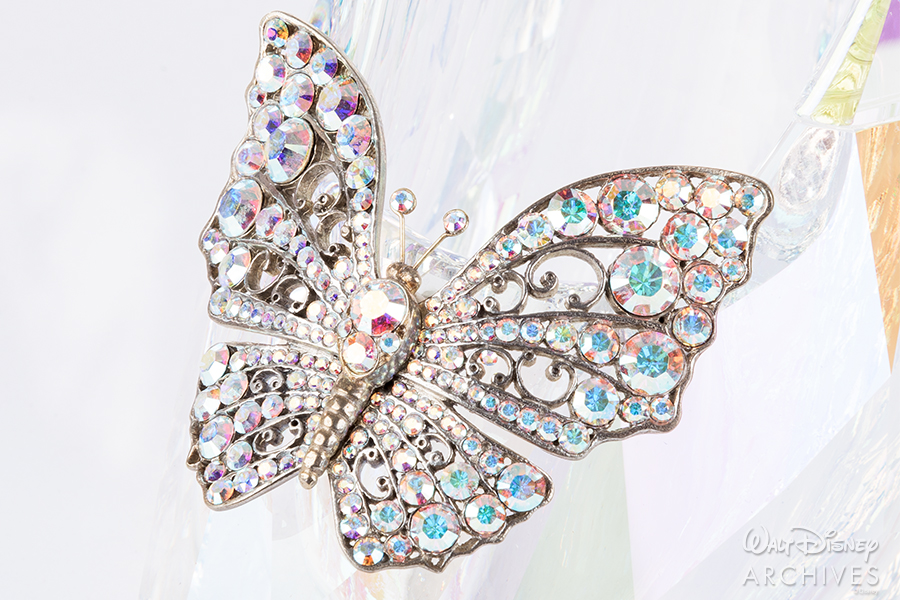 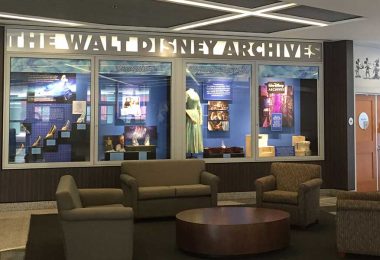