You didn’t think you’d seen the last of Hades, did you?

Cheyenne Jackson is reprising his villainous role when he hosts Descendants Remix Dance Party: A Disney Channel Music Event on Friday, March 20, at 7 p.m. The half-hour, high-energy immersive dance party will feature upbeat musical performances of reimagined Descendants hits—and Hades is the perfect emcee, according to Jackson: “He’s witty, he’s irreverent, he loves music, and he LOVES to be the center of attention.” 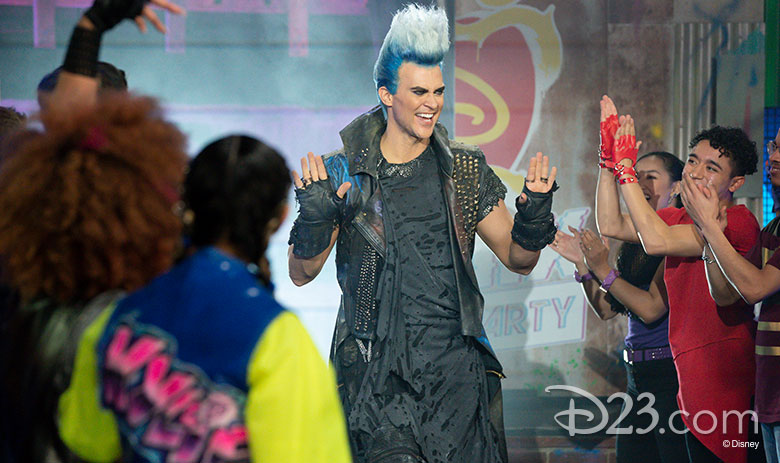 Jackson had been itching to get back into character… if only to wear his blue-flame wig again! “I always feel 95 percent instantly cooler when I have it on,” jokes Jackson. The new special will also feature Sofia Wylie, Dara Reneé, and Kylie Cantrall performing remixes of “Night Falls,” “Chillin’ Like a Villain” and “What’s My Name,” respectively, with 5-year-old rapper ZaZa making a special appearance during Cantrall’s set. Keep an eye on Jackson, who says he’ll be “jamming in the background of all their numbers!”

The Emmy®-winning choreography duo NappyTabs is producing the special, marking their third partnership with Disney Channel Music Events. Jackson, who also worked with choreographer Cameron Lee, says he developed an “instant love connection” with all three collaborators. “We’re already trying to find out next art project together,” he says. “They have the most positive, wonderful attitudes, and it’s a joy to work with them.”

NappyTabs, in particular, bring “pace, scope, energy, humor, skill, and gorgeous visuals” to the production, Jackson adds. The actor himself also played an active role behind the scenes, participating in “many meetings and work sessions on the script.” And, in addition to joining the other actors in blocking and dance rehearsals, Jackson also logged extra hours in the recording studio. “I recorded not only the lead vocals on my song, ‘Set It Off,’ but all the backing vocals and all the vocal call and responses and sound effects, which is not typical,” he explains. “It was a huge amount of work, but fun.”

Finally, Jackson offers one more reason to tune in March 20: “Because Hades said so!” 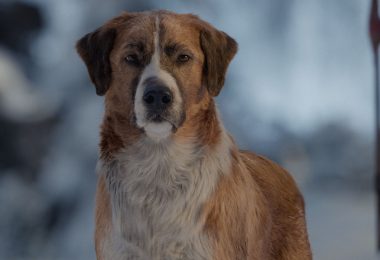