Home / Headlines / Celebrating the Friendships at the Heart of Disney and Pixar’s ...

Debuting June 18 on Disney+, Disney and Pixar’s Luca is a fin-tastic coming-of-age story that follows the adventures of teenage sea monsters Luca Paguro (voice of Jacob Tremblay) and Alberto Scorfano (voice of Jack Dylan Grazer) over the course of one life-changing summer on the Italian Riviera. Though their friendship may seem somewhat unlikely at first, Luca and Alberto’s instant bond runs as deep as the waters they call home.

Whereas Luca is careful and logical, Alberto is adventurous and outgoing. It doesn’t take long before Alberto rubs off on Luca, convincing him to swim above the water’s surface for the first time. With a newfound bravado, Luca sets foot—er, fin—on land, where he soon discovers he has the magical ability to transform into a human. Riveted by this revelation, Luca finds himself spending more and more time broaching the surface to plan the “perfect” summer with Alberto—one filled with delicious food and endless scooter rides.

“Their friendship brings out the best in Luca and gives him the confidence to spread his wings and take more risks,” says executive producer Kiri Hart. “It’s an absolutely lovely, heartwarming story about friendship and how our friends can unlock certain parts of us, giving us the opportunity to discover something about ourselves.”

Alberto is named after director Enrico Casarosa’s best friend from childhood. Born and raised in Genoa, Italy, he never forgot the most formative friendship of his youth. “He had a family that wasn’t there for him, and I had a family that was there for me a little bit too much,” he recalls. “I was timid and kind of shy, but he followed a new passion every week.” 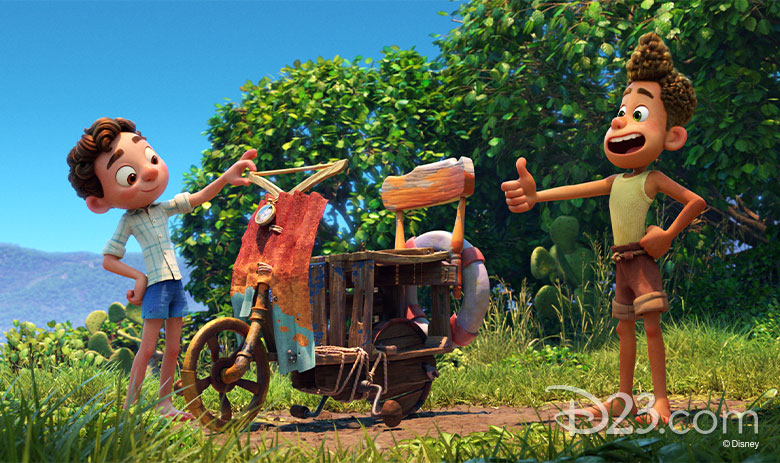 In the film, Luca and Alberto help each other grow in different ways. “It’s the kind of friendship that pushes you into trouble, pushes you into change, pushes you into finding yourself,” Casarosa says. “And it comes at a moment when Luca is leaving the bubble of his family. They’re not really seeing Luca; Grandma’s the only one who can see him a little bit.”

Both Luca and Alberto relate to feeling “odd and lonely,” Casarosa adds. Those feelings are as common as they are isolating, and they aren’t easily forgotten. So, when Luca and Alberto meet a local girl named Giulia Marcovaldo (voice of Emma Berman), it’s easy for them to recognize a similar longing in her. “We wanted to make sure there’s a little loneliness,” Casarosa says, “so there’s a space that gets filled with an important friendship.” 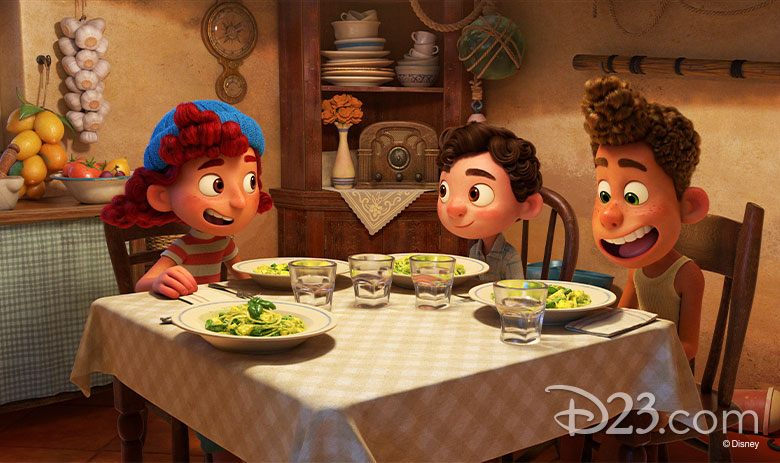 Feisty and friendly Giulia invites Luca and Alberto her home, where her fisherman father, Massimo (Marco Barricelli), prepares pesto pasta that fills their stomachs and their souls. According to producer Andrea Warren, “Luca, as a film, celebrates so many of those beautiful, meaningful things in our lives: connection, family, friends, and eating together.”

When Luca is released on Disney+ this summer, Casarosa hopes viewers will consider their own relationships. “This is a movie that talks about a specific, important kind of friendship with someone who is very different from you, someone who actually challenges you in good ways,” he says. “We wanted to make this a delightful, joyful, big journey about the ups and downs of friendships. We put these characters and their friendships through a lot.” 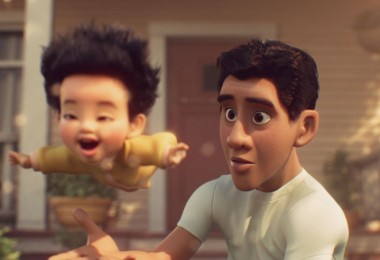