Mickey Mouse Book, published by Bibo and Lang in 1930, was the first Disney book. Along with being sold to the public, the book was also distributed to theaters that hosted Mickey Mouse Clubs and was given to the members. It begins with a story and a board game, both created by the publisher’s own 11-year-old daughter, Bobette Bibo. An activity follows called “Mickey Mouse March,” which featured sheet music for “Mickey Mouse (You Cute Little Feller)” for accompaniment. As noted in the instructions for the march, the winner of the aforementioned board game chooses a partner, and together they act as Mickey Mouse and Minnie Mouse to lead the group, singing and marching two-by-two. Perhaps most importantly, if at a party, the march should “lead you to the ice cream and cake!” 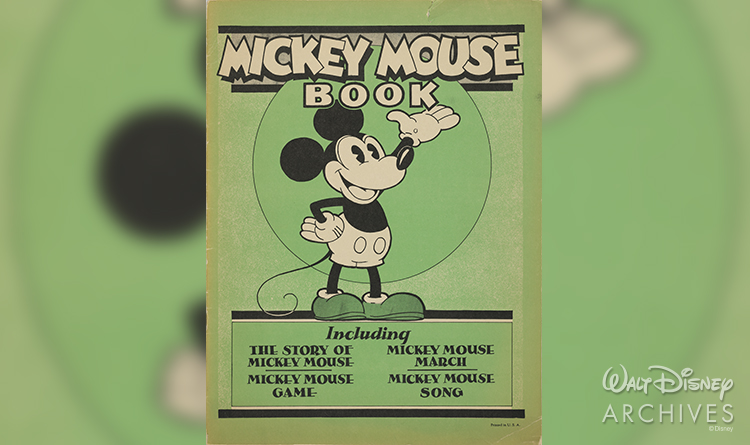 Mickey Mouse Book was so popular that the first printing sold out, and the publisher had to release a second printing in December of the same year! There were some changes, including a complete rewriting of the song “Mickey Mouse (You Cute Little Feller),” originally composed by Irving Bibo and Henry Cohen for the first printing. While the song retained the same title in the second printing, Bibo was now the sole credited composer, and the music itself changed in melody, rhythm, and key signature—a whole new song!

For the musicians out there, you can try it out yourself with the sheet music below! 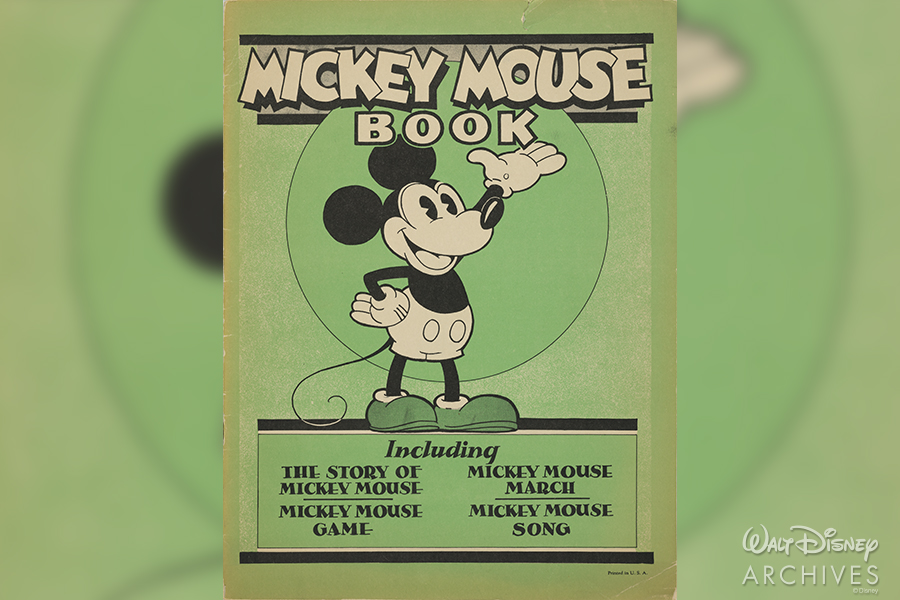 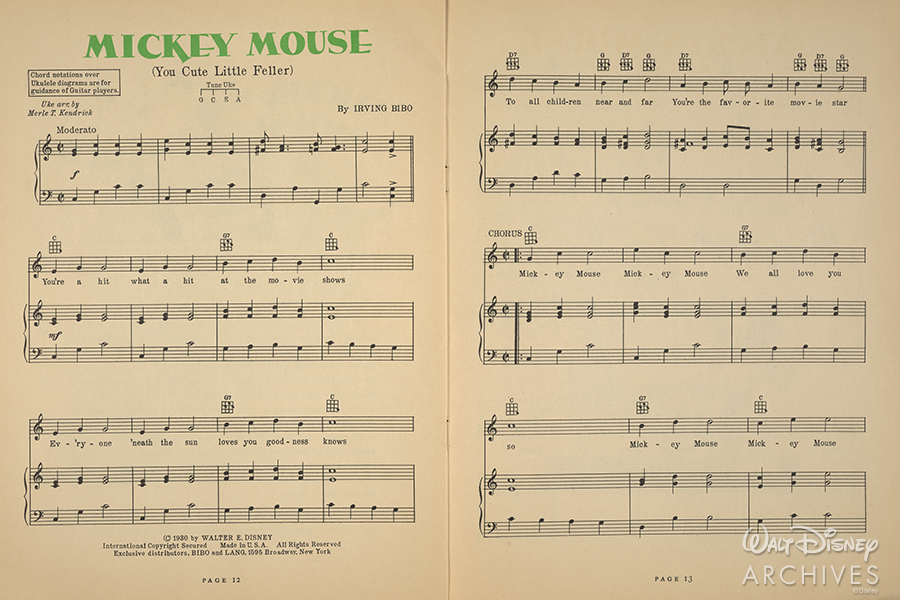 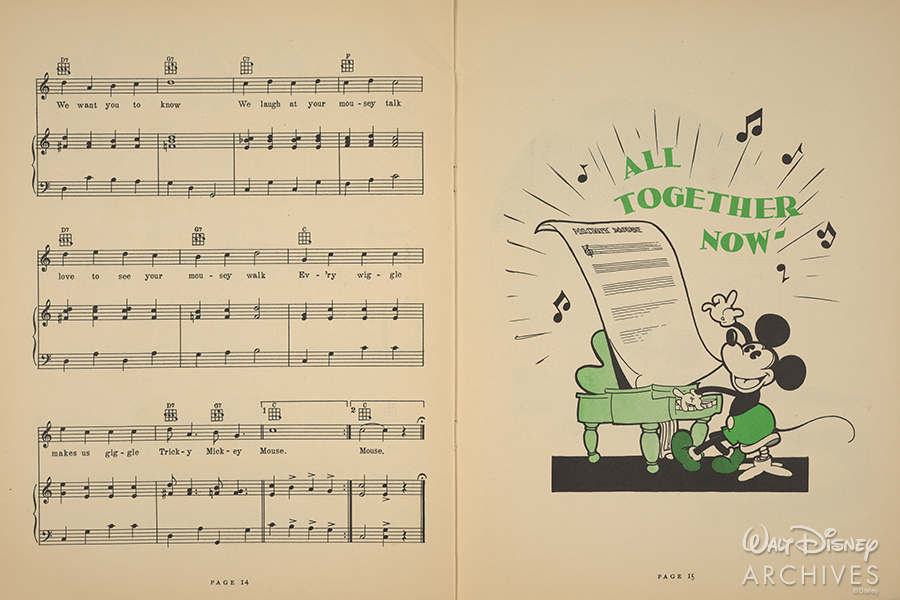 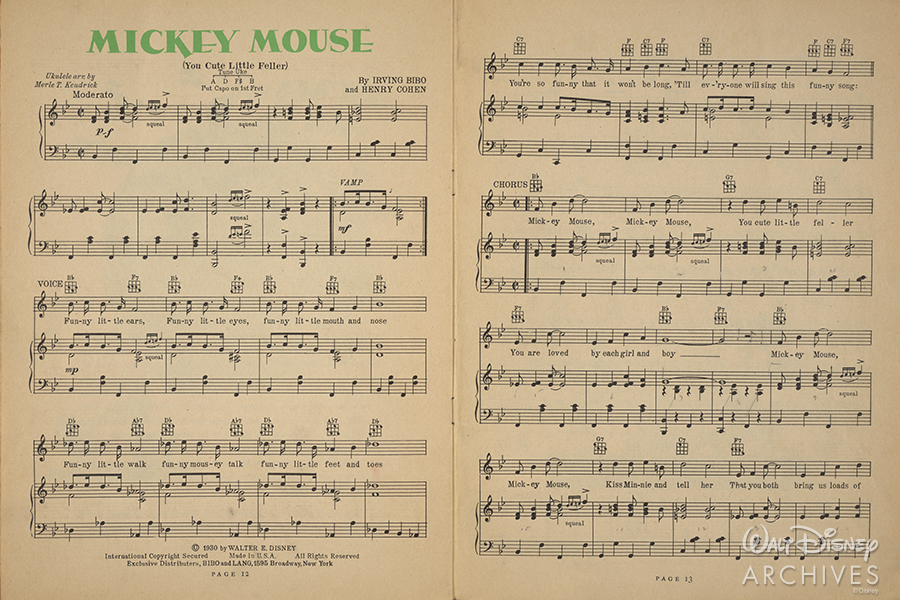 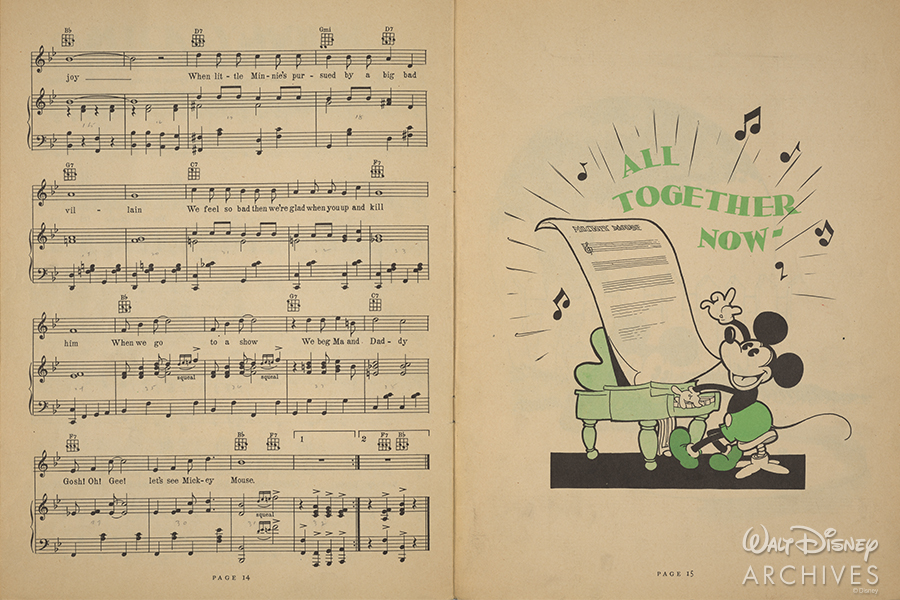