Come in, D23. Disney’s take on the iconic fedora-clad detective, Dick Tracy, hit big screens on June 15, 1990. To celebrate the 30th anniversary of the Touchstone release, we’ve put together a lineup of some of our favorite historical objects related to the film from the Walt Disney Archives collection.

The colorful world of Dick Tracy was made to resemble the namesake comic strips originally created by Chester Gould in 1931. Filmmakers used only 6 colors to mirror the ink that newspapers use to print Sunday comics with. Bringing the visuals of a comic book to life isn’t a simple task, especially when filming on a studio lot. Matte paintings on glass were combined with actors’ performances to help set the tone and create the perfect setting. 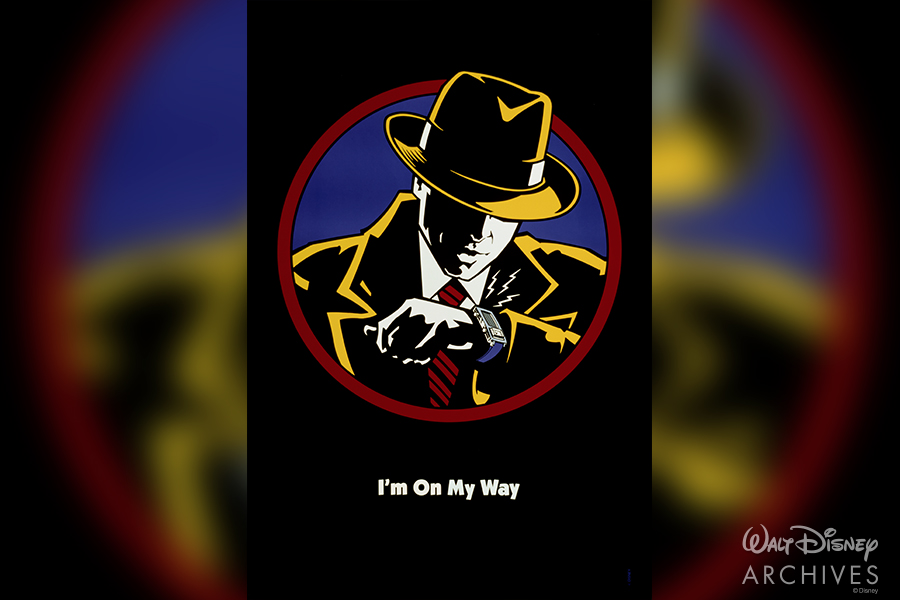 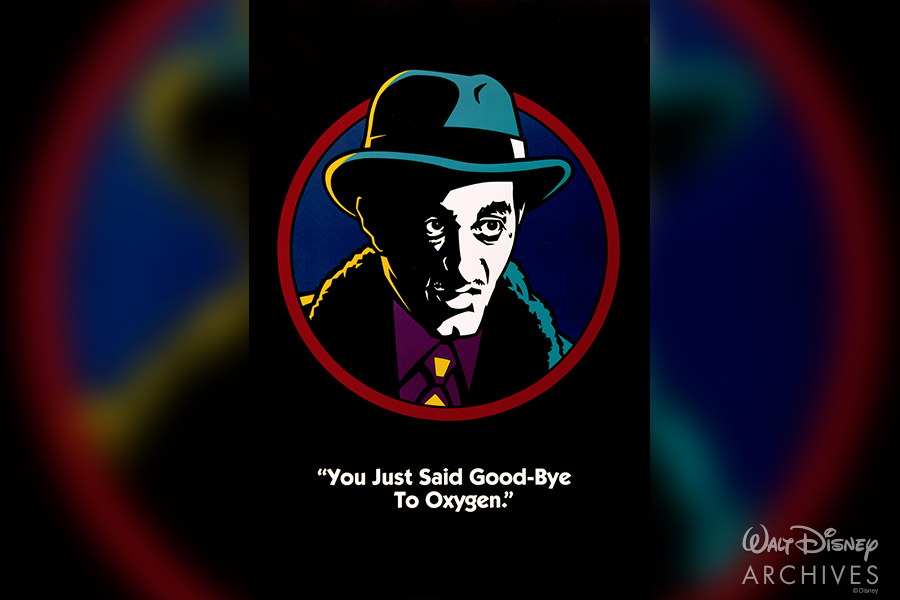 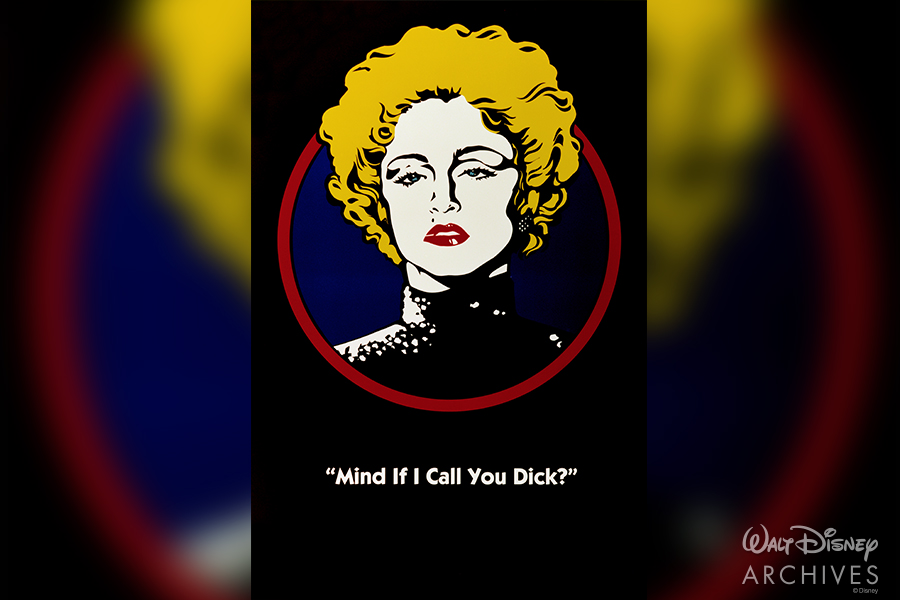 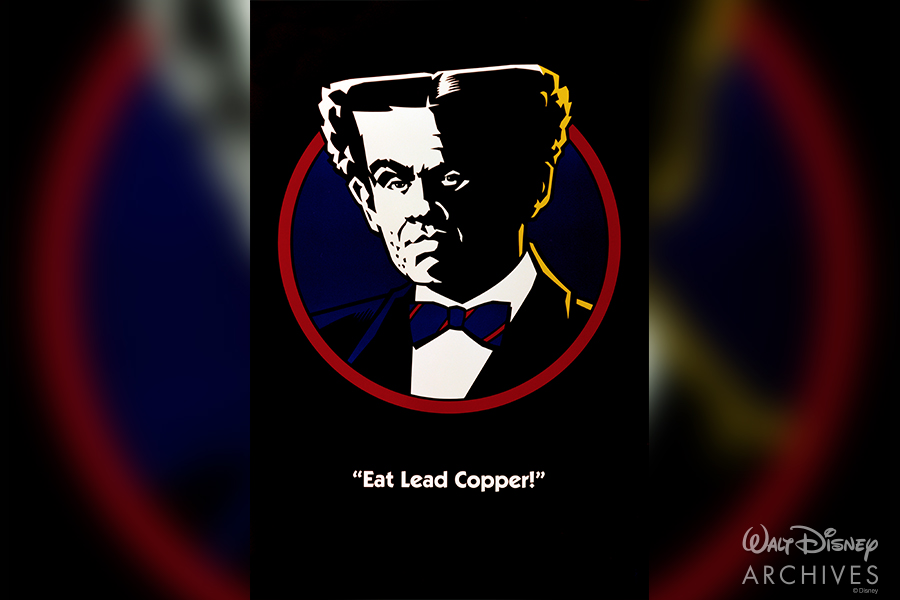 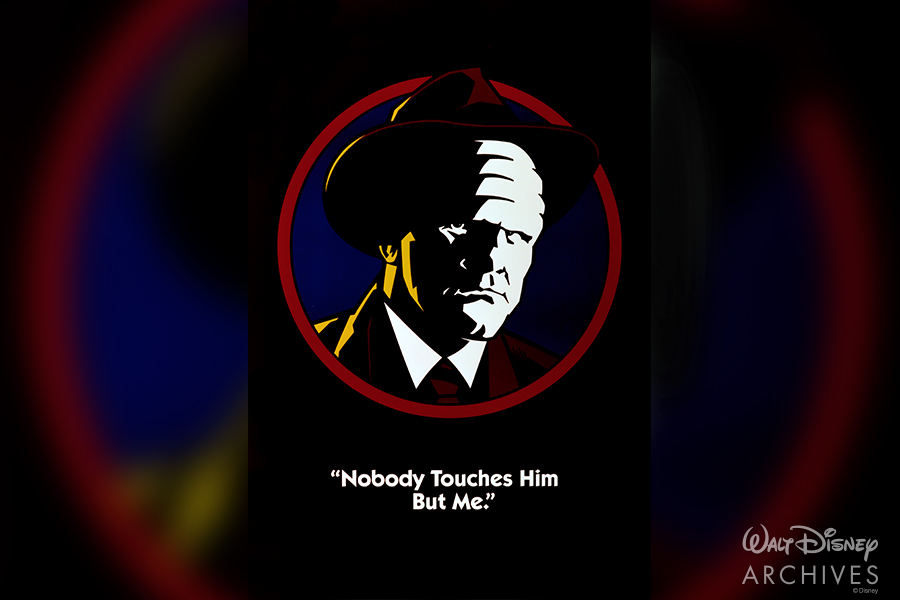 When cracking down on crime, Tracy used a wristwatch radio to stay abreast of the “goings on” around town. Here are three variations of his wristwatch radio preserved in the Archives collection: a screen-used edition worn by Warren Beatty, a prototype, and a stunt version.

Madonna as Breathless Mahoney performed three new songs written by Stephen Sondheim in Dick Tracy. She wore this backless black sequined dress while performing “Sooner or Later” during the raid of Club Ritz.

Each character in Dick Tracy was given a distinct color to help them stand out, with the palette going from black to white without using any mid-tones or muddy colors. As the main crime boss in the film, Big Boy Caprice wore a flashy double-breasted red suit with black pinstripes to showcase the character’s anger…and danger surrounding him!

Actor William Forsythe spent three and a half hours in the make-up chair each day to transform into Flattop. Add in this purple 1940s-inspired double-breasted suit, and you’ve got one infamous mobster.