On August 13, 2017, we are delighted to celebrate 75 years of the animated classic Bambi, which recently was released as part of the Walt Disney Signature Collection. Not only is it a classic film beloved by Disney fans everywhere, this film has also en-deer-ed itself to animators and artists at Walt Disney Animation Studios. Animator Paul Felix, who worked on popular Disney films such as Mulan and Tarzan, along with many of the classic Disney Afternoon television shows, counts himself as a fan of the film, and he shares why this movie is so deer-ly beloved by the studio as a reference point for their films for 75 years.

Felix was 24 when he first watched Bambi. He recalls, “I had bought a high-tech Laserdisc player at the time, and one of the first discs I bought was Bambi.”

He, like many, many of the other artists at Walt Disney Animation Studios, was instantly smitten with the beautiful artistry of the film. “I can’t overstate how much of an effect watching this movie had on me, because I had just started at Disney,” Felix explains. “It also had the most amazing use of color in it, but I couldn’t even think about that for about 10 more years because there’s so much more to be learned.” 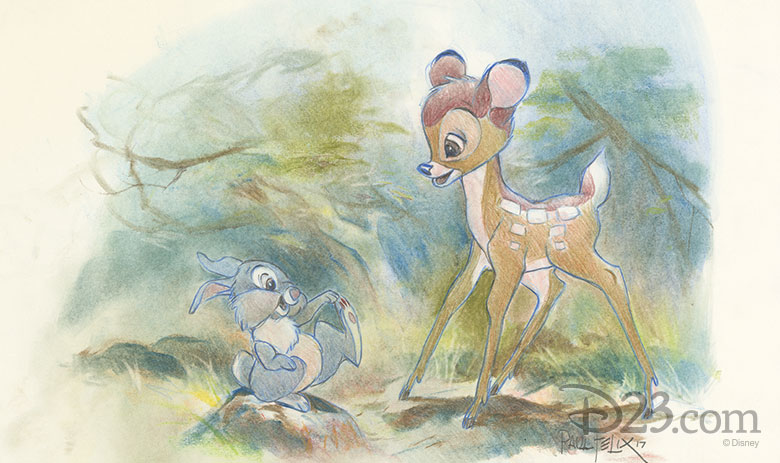 And now, having had many years to learn from Bambi, Felix was recently given the opportunity to show off the impact of the film. To celebrate the film’s 75th anniversary and its release as part of the Walt Disney Signature Collection, Felix created a special Disneygraph of Bambi and Thumper (pictured above). He was honored to create the lithograph, exclaiming, “It was a blast!”

Since the movie had such a strong personal connection for him, he saw this opportunity as a way to pay tribute to artists he admired. “The people who created this film are giants to us. It’s nice to pay them homage that way,” Felix says. “It’s like a fanboy thing. I’m really honored—I got to actually meet Marc Davis and Tyrus Wong, who worked on the project, and having that personal connection means a lot to me.”

Disney Legend Tyrus Wong served as lead artist for Bambi, and his beautiful and iconic artwork has left an impact on the studio ever since. Felix explains, “Bambi never goes away. We’re constantly taking a look at it, to the point where we all know almost every single one of those sketches that Tyrus did, and we know every single sequence from the film.” 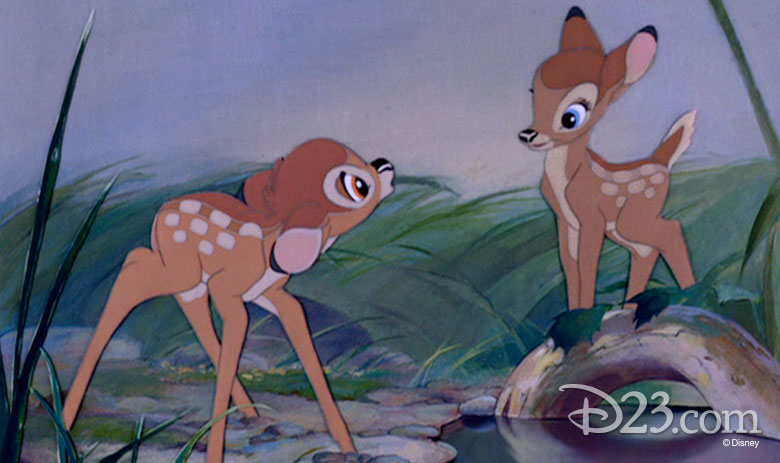 Wong’s influence goes beyond the Walt Disney Animation Studios to a more personal level with Felix. The unique artistry of Wong’s work resonates with Felix’s own approach to animation. Felix has two favorite scenes in particular: “One is the meadow sequence with the deer, because he got really expressionistic with coloring the deer in pastel colors jumping over the logs. The second is the “I Bring You a Song” sequence, when Bambi and Faline are falling in love. The scene is done exclusively through the action of nature. Bambi and Faline are not falling all over each other—it’s not expressly emoted through [the characters]—but instead it’s what happens around them that lets you know how they feel. And Tyrus explored all these moods in his paintings, and he’s the one who set the template for the film’s visual vocabulary.”

That visual vocabulary that Wong created for the film is still very relevant 75 years later. Felix explains, “One thing I’d like to impress is how much this movie means to the studio. It’s a really deeply revered film—a real touchstone for us. Just seeing how far animated films have come from black-and-white Mickey Mouse films five years before [Bambi was released], it’s amazing.” 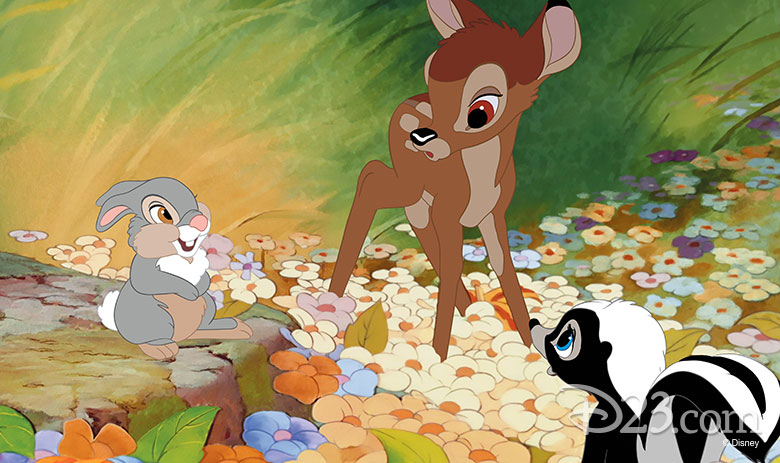 Felix recalls that even recently, Bambi was referenced as a touchstone for the studio. He recalls, “I was talking to an artist and he said that it just came up in a meeting today. The director said to him, ‘Can you make this look a little more like Bambi?’”

Besides the amazing visuals, Bambi presented something new narratively as well, when it addressed a real-world fear that has impacted viewers of the film of all ages. As Felix explains, “Disney had never explored a theme like that before. The decision was made that we’re creating a sense what life is like in these animals in the forest, and loss is part of it, and you couldn’t leave that out. The question was, how do you prepare the audience for that? I imagine for children to have an experience like Bambi, they can explore what would it would be like if this happened. It’s way to safely imagine, and it’s a way for kids to think outside of themselves.”

Thanks to Bambi, Walt Disney Animation Studios developed a visual and narrative toolkit to prepare the studio for years of beloved animated classics. No wonder audiences are still twitterpated by the film 75 years later. 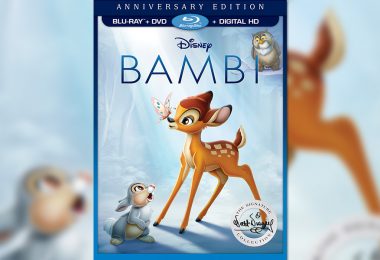