In celebration of such a momentously memorable occasion, we took a spin through the current offerings on Disney+ that would please the most discerning of Chip ‘n’ Dale fans. Read on for a few of the niftiest ways to prepare for all the fun to come from the new series: 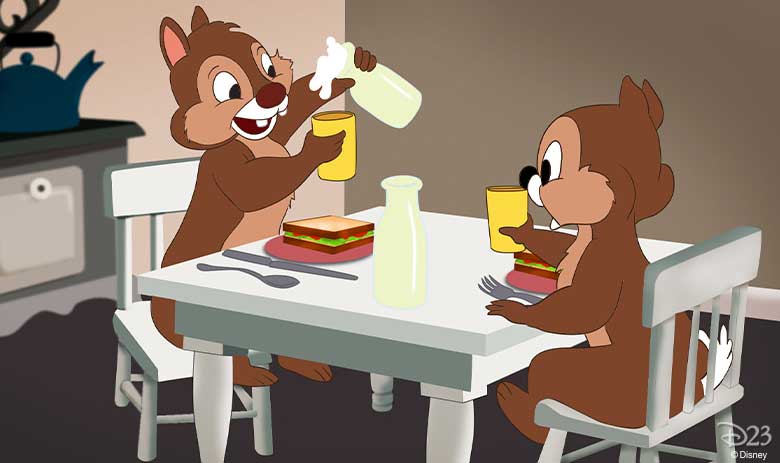 Chip an’ Dale (1947)
Whilst this is technically a Donald Duck animated short (which was nominated for an Oscar®, by the way), it relies heavily on the amazing antics of two now-familiar chipmunks… When Donald attempts to chop some firewood, he winds up choosing Chip and Dale’s log-based home—so naturally, they try everything in their power to save it (and all the acorns it holds) from being burned. Do they succeed? You’ll have to watch to find out! 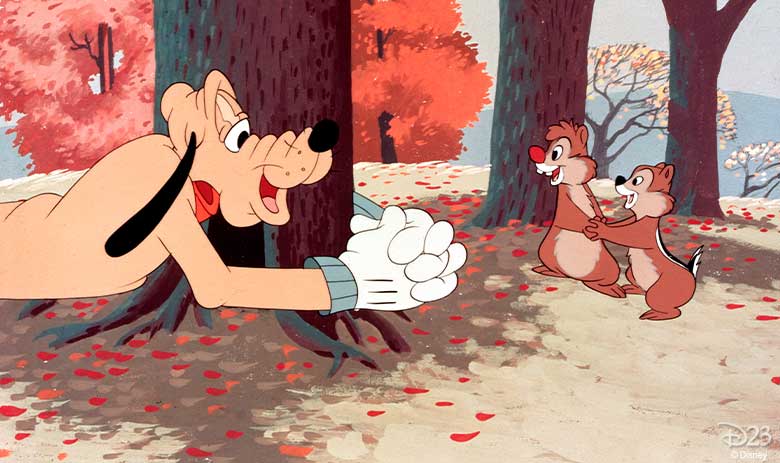 Food for Feudin’ (1950)
In this animated short, the chipmunks and Pluto—a trio who obviously has a fairly long history together—battle over possession of a supply of nuts. Directed by animator Charles Nichols, whose first credit with Disney was 1940’s Pinocchio. 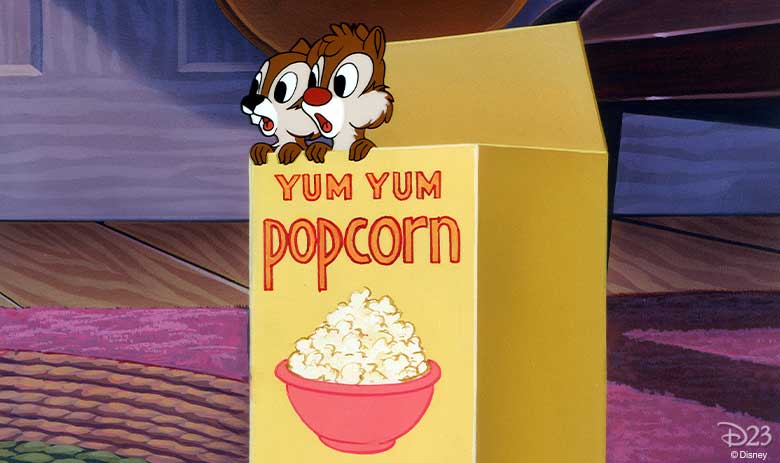 Corn Chips (1951)
This time ‘round, Donald Duck tries to trick Chip and Dale into shoveling snow—but the tables, as they usually do, turn: They retaliate by stealing Donald’s bowl of popcorn. Corn-related hijinks ensue. 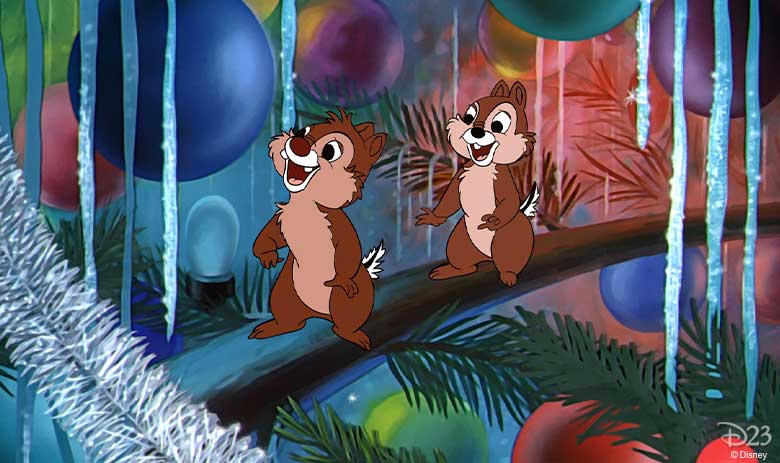 Pluto’s Christmas Tree (1952)
Sure, it’s a little early for holiday content, but that’s what makes it a special middle-of-July treat! In this ’52 short, the tree that Mickey chops down to bring home for Christmas turns out to be the home of Chip and Dale. In discovering the chipmunks’ presence and trying to get them out of the now-trimmed tree, Pluto… well, check it out on Disney+ and see! 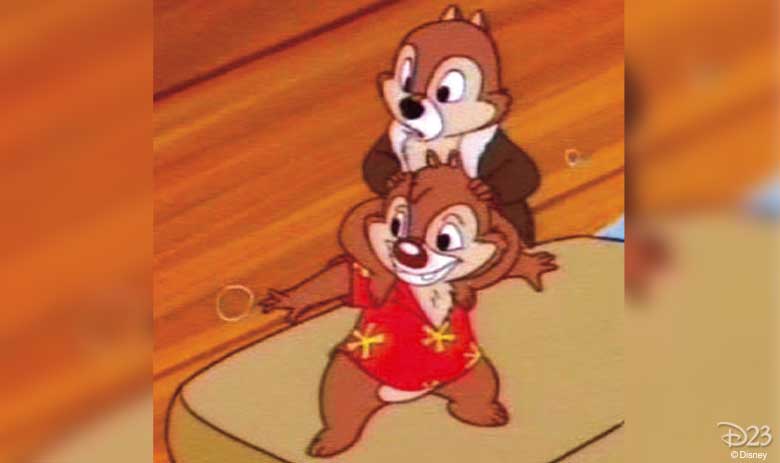 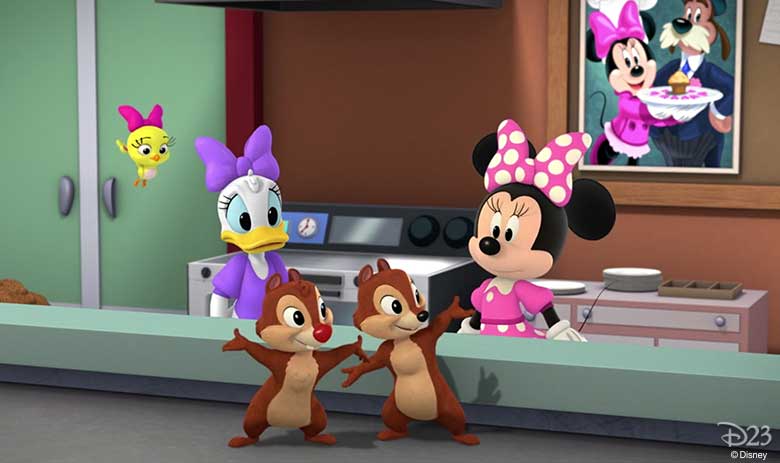 Chip ‘n’ Dale’s Nutty Tales (2017-18)
Premiering on Disney Junior, Disney Channel, and DisneyNOW in 2017, this short-form animated series—a spin-off of Mickey and the Roadster Racers—chronicles Chip and Dale’s adventures around Hot Dog Hills. This time ‘round, voices are provided by the likes of Disney Legends Bill Farmer and Russi Taylor, as well as friend of D23 Bret Iwan. 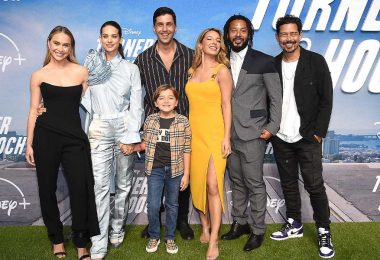 A Howling Good Time at the Turner & Hooch Premiere 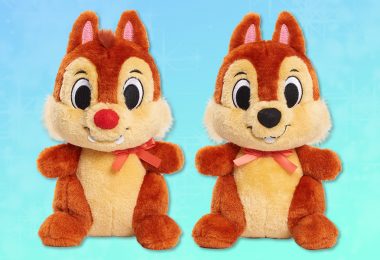 Get Early Access to the July Disney Treasures From the Vault, Limited Edition Chip and Dale Plush, Amazon Exclusive