Today, we’re celebrating a Pixar classic that captured our hearts and managed to make us cry for 10 minutes straight: Up! As part of the celebration for this high-flying film, we rounded up 10 Easter eggs related to the film: 8 that you can find while watching Up, plus three more to keep an eye out for in other Pixar films. Read on, take note, and get ready for your inevitable movie marathon:

Easter eggs during the film: 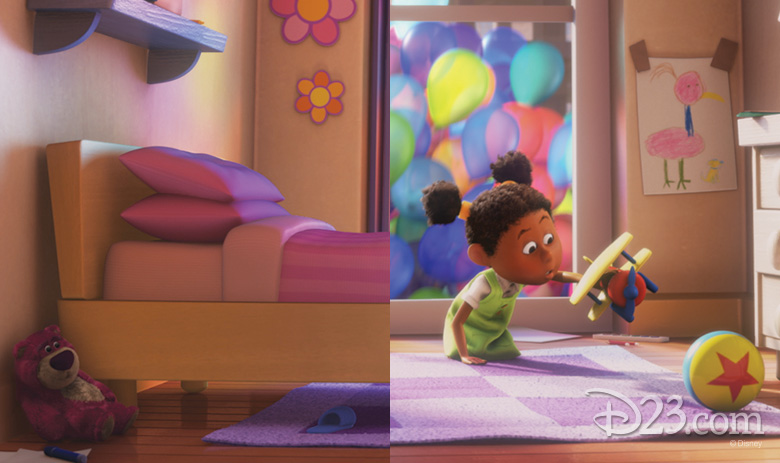 Before he went to Sunnyside Daycare, we got a sneak peek of Lots-o’ as he was lying underneath the bed of a little girl, whose room we see when Carl’s house ascends into the air. That’s not the only Easter egg in her room, however. Next to her dresser, you can spot the familiar blue, yellow, and red Pixar ball. 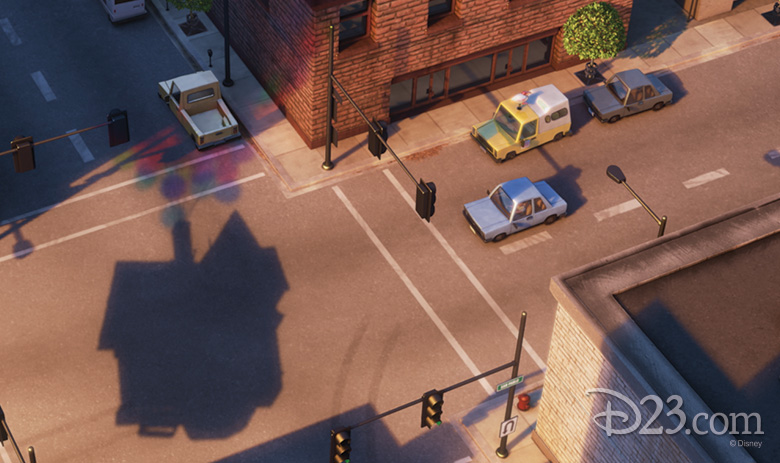 Pixar fans are familiar with this perpetually appearing pizza purveyor, and you can actually spot it twice in Up! The truck’s first appearance in the film happens when Carl’s house flies over the city—keep an eye on the traffic below for the truck on its delivery route! At the end of the film, you’ll see the Pizza Planet Truck parked just outside of Fenton’s Ice Cream shop. You’d need to stop for a snack, too, if your delivery route spanned across every single Pixar film! 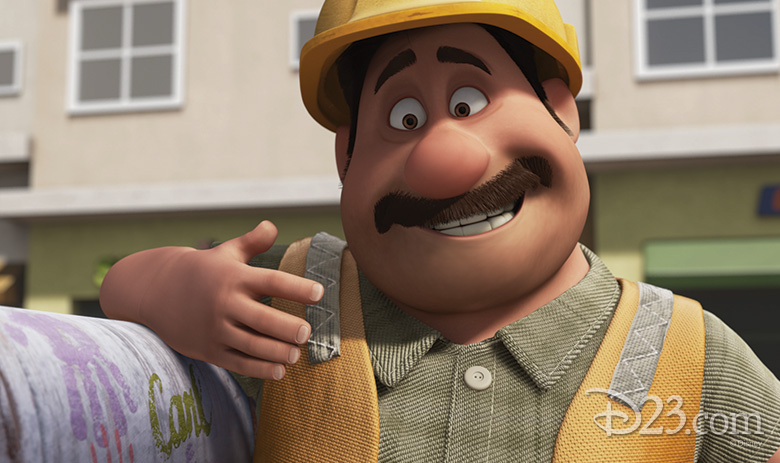 Often referred to as Pixar’s “good luck charm,” you might recognize John Ratzenberger’s voice from just about… well, everything! Starting with Hamm in in 1995’s Toy Story, Ratzenberger has voiced a character in every single Pixar film! If you listen closely, you might be able to spot his role in Up as Construction Foreman Tom near the beginning of the film. 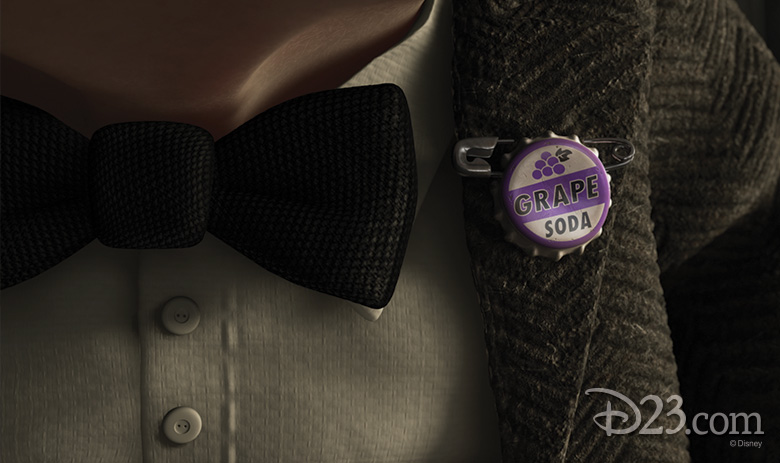 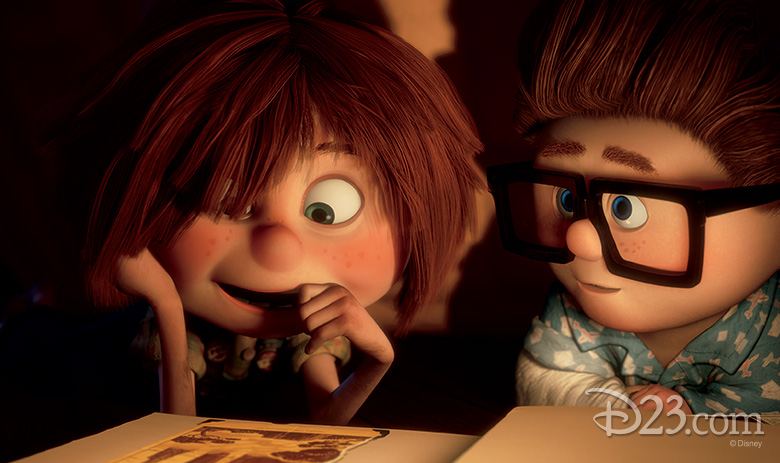 This Easter egg has a sweet family connection. Young Ellie is voiced by none other than Pete Docter’s daughter—who is named Elie! You can spot a shout-out to her inside the Adventure Book, as many of the drawings were created by Elie Docter herself. 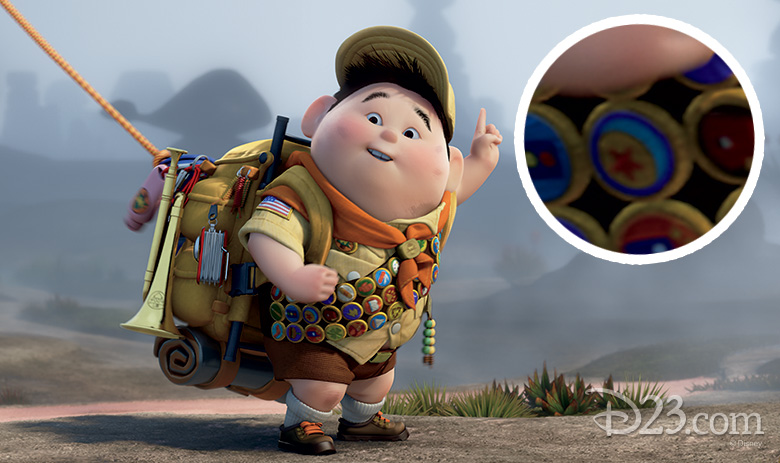 Russel is on the quest for his final Wilderness Scouts badge—but the badges he already has are just as important. It’s easy to miss, but one of the badges on his sash features the Pixar Ball. 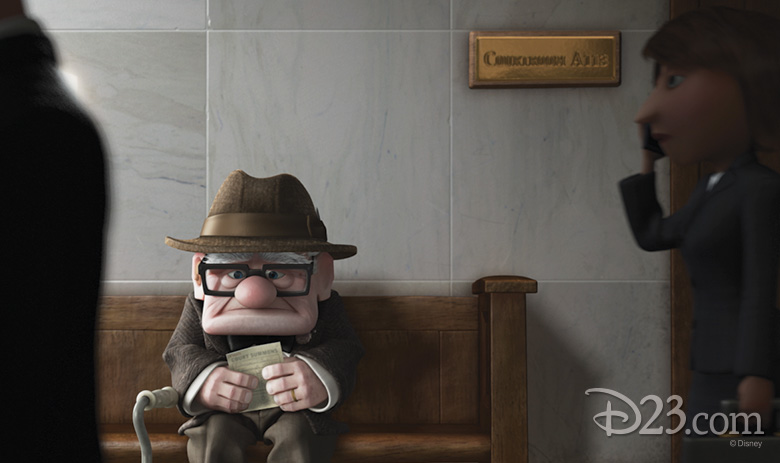 Another staple of Pixar Easter eggs, A113 references a CalArts classroom that is significant to a lot of Pixar animators. The number is hidden throughout Pixar films, including as the number of the courtroom that Carl waits outside of.

Plus, Up Easter eggs in other Pixar films: 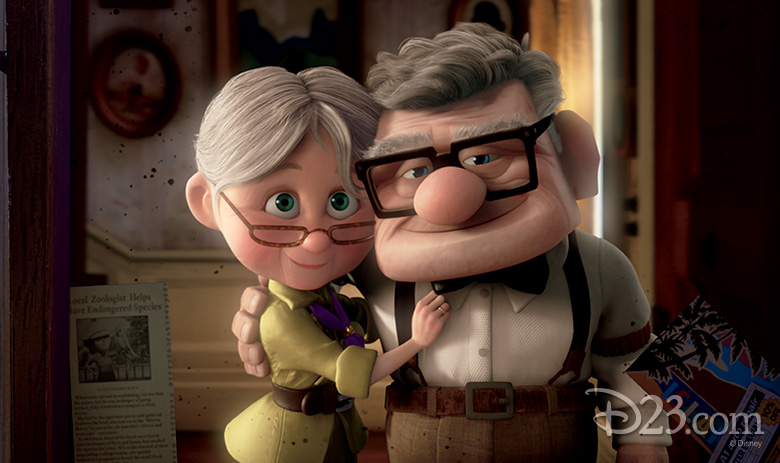 Before Carl made his balloon-powered trip to Paradise Falls, maybe he and Ellie made a few friends—like Andy and his family! Andy’s bulletin board features a postcard from Carl and Ellie themselves. 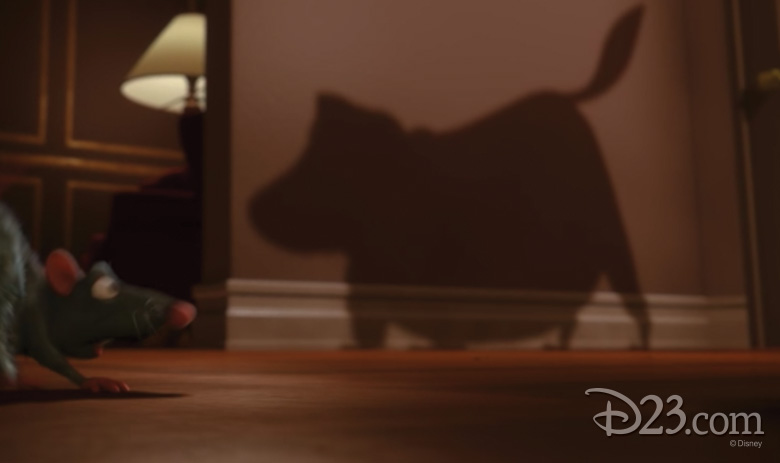 The instant we laid eyes on Dug, we knew he was a loveable goof who couldn’t hurt a fly! But, Dug is a lot more intimidating in silhouette—just ask Remy! When Remy first arrives in Paris, he races through some humans’ houses, only to be startled by the shadow of a barking dog—who casts the familiar shape of Dug! 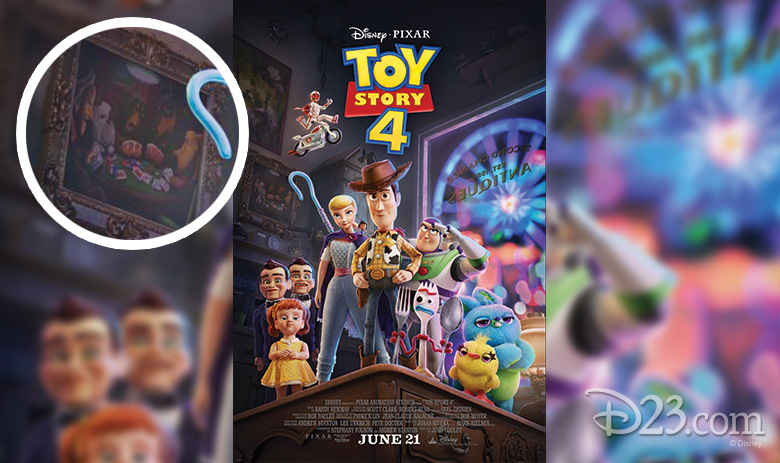 You might recall a doggone funny moment during Up when Muntz’s pack recreate the famous “Dogs Playing Poker” painting—but, did you know that moment ended up as a painting itself? In one of the posters for Toy Story 4, check the left-hand side… You might notice some familiar artwork of our card-playing furry friends.