Home / News / Headlines / Who’s Coming to the Ballroom on Dancing with the Stars?
Skip to content

We’ve got breaking news from the ballroom: The cast for the brand-new season of Dancing with the Stars (DWTS) was announced this morning on Good Morning America. When season 28 kicks off on Monday, September 16 (8–10 p.m. EDT), on ABC, we’ll be seeing fancy footwork from a supermodel, a Supreme, a Bachelorette, and an NFL Hall of Famer, to name just a few. Here are the celebrities who are breaking in their dancing shoes, getting ready for their exciting DWTS debuts: 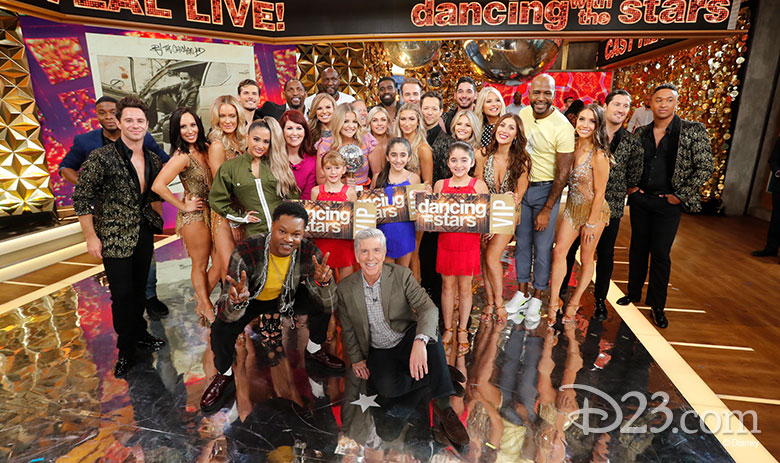 Christie Brinkley
She’s a supermodel who has appeared on more than 500 magazine covers worldwide, as well as an actress, author, artist, and entrepreneur. Now Brinkley can add dancer to her already impressive resume.

Ally Brooke
Fans may know Brooke as a member of the pop group Fifth Harmony and, more recently, as a solo artist. Now we’re about to see her as part of a pair in the Dancing with the Stars ballroom. Brooke has spent the last year in the studio with top songwriters and producers and is putting the finishing touches on her first solo album.

Hannah Brown
The Alabama native first caught Colton’s eye on The Bachelor, and then she captivated fans in her search for true love on the 15th season of The Bachelorette. But forget roses—this time Hannah B. is after a new kind of love, dancing, as she competes for the mirrorball.

Karamo Brown
Brown is a social worker, psychotherapist, and author—not to mention the “culture expert” on Queer Eye, where he strives to make over the hearts and minds of the people he helps on the show, assisting them to confront and grow beyond the internal and external issues holding them back. He’s been called a “sympathetic talk therapist wrapped inside a life coach and zipped into a fast-fashion bomber jacket….” by The New Yorker. We can’t wait to see what happens when he pairs that bomber jacket with dancing shoes.

Kate Flannery
Flannery enjoyed a hilarious nine-year run as Meredith on the hit series The Office. She’s also performed all around the country as part of “anti-cabaret act” See Jane Sing and in her cult comedy lounge act The Lampshades, but now she’s gearing up to take her dancing very seriously.

Ray Lewis
Overcoming a challenging childhood, Lewis spent 17 years in the National Football League building an incredible career that culminated with his induction into the NFL Hall of Fame in 2018. Lewis is a Super Bowl MVP, he has been named NFL Defensive Player of the Year (twice), has 13 Pro Bowl selections, and was named an AP All-Pro 10 times.

Kel Mitchell
The two-time Emmy® Award-nominated actor, producer, and stand-up comic got his big break on the classic series All That, and he’s now come full circle as executive producer of a new iteration of the beloved series (on which he also appears). Fans also know Mitchell from popular series such as Kenan & Kel and Good Burger. When he is not acting, , or directing, Mitchell speaks to youth across the country encouraging them to follow their dreams.

Lamar Odom
During an incredible career in the National Basketball Association (NBA), Odom helped lead the Los Angeles Lakers to championships in 2009 and 2010; and as a member of the United States national team, Odom won a bronze medal in the 2004 Olympics and a gold medal in the 2010 FIBA World Championship (known later as the World Cup). After battling life-threatening medical problems, Odom is now a professional speaker who seeks to inspire others through his own life story.

James Van Der Beek
Van Der Beek is best known for starring in the title role of Dawson Leery in the classic series Dawson’s Creek, which ran for six seasons, as well features such as Varsity Blues. He has also portrayed Matt Bromley in the acclaimed FX original series Pose. Disney fans will no doubt recognize Van Der Beek as the voice of Boris Hauntley, father to Vee on Disney Junior’s Vampirina.

Mary Wilson
The supremely talented Wilson—who rose to fame as part of The Supremes—is committed to numerous humanitarian efforts including ending hunger, raising HIV/AIDS awareness, and encouraging world peace. Wilson will release her fourth book, Supreme Glamour, in September 2019. The coffee table book will showcase the fashion and delve into the history of the iconic female recording group, which will mark its 60th anniversary in 2021.

But, you may ask, with whom will these celebs trip the light fantastic? For the first time ever, we won’t learn the DWTS pairings until the season premiere. This morning, we also got a glimpse at this season’s lineup of professional dancers:

Two-time Emmy-winning host Tom Bergeron and Erin Andrews will return to the ballroom, along with a panel of esteemed expert judges, including Len Goodman, Bruno Tonioli, and Carrie Ann Inaba.

Stay tuned to D23.com for updates throughout the season.