Into the unknown he goes...

Renowned cave explorer Bill Stone is determined to reach the unexplored depths of Cheve Cave in Mexico—but such an expedition is like climbing Mount Everest in reverse! The one-hour special Explorer: The Deepest Cave, premiering Monday, May 30, at 10 p.m. ET/PT on National Geographic (and streaming this summer on Disney+), follows Stone and his dedicated team as they push the boundaries of what is possible. Together, they attempt one of the greatest feats of exploration: to set a new world record by reaching the bottom of what is thought to be the deepest cave in the world.

Deep in the uncharted depths of Cheve Cave, the expedition team must navigate through over 12 miles of unexplored tight, twisting passages—sometimes in complete darkness, where one mistake can be fatal. During the dangerous and highly technical adventure, Stone and his team are also trying to map everything they see to create traditional 2D maps and CGI 3D models that are relative to the surface topography. 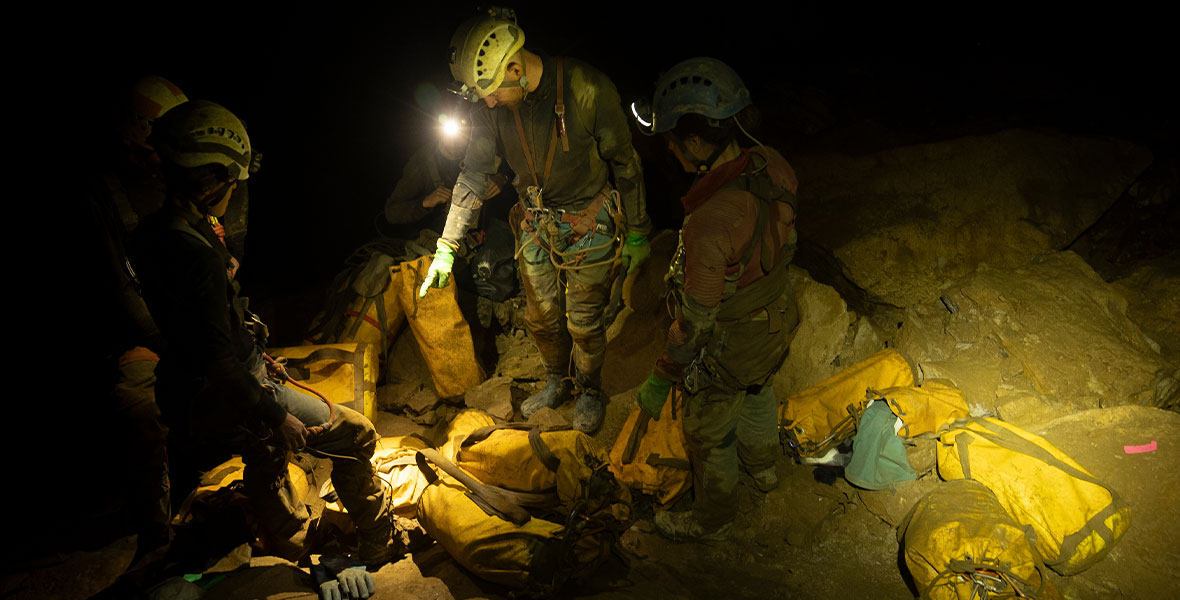 For the three-month underground journey in the longest active subterranean push duration ever, Stone enlists a team of 69 elite cavers from nine different countries, including expert cavers Victor Bravo, Sonia Dudziak, Gilly Elor, Corey Hackley, and Sean Lewis. “They’re all technically qualified and multidisciplinary,” Stone says. “You don’t get there if you aren’t. But the other thing is, these people didn’t get there by accident. These are the kinds of people whose smiles get bigger the more remote from humanity they get. These are the kinds of people who would be completely, utterly comfortable sitting at the bottom of Shackleton crater on the moon—I have no doubt.”

“We are super curious about what’s in there,” confirms cave explorer Bev Shade. “It’s so exciting to be the first person into a chamber or a passage. And a lot of what we enjoy is the incredible teamwork required to make it all happen.” Indeed, director Pablo Durana says, “I was really amazed, because these aren’t professional athletes. These aren’t people who are getting paid to go into the cave. These are people who have an obvious, shared passion. They dedicate a huge part of their lives to these experiences. It was really incredible to witness—and to, at one point, be a part of that.”

Lest anyone think otherwise, Stone admits fear is always a factor. “When you’re up there, you have to suppress fear. Having a little bit of it is good, but you need focus and control to stay alive,” he says. “It’s a recognition and a willful suppression of fear that allows you to go forward—because of your training, because of your experience.” 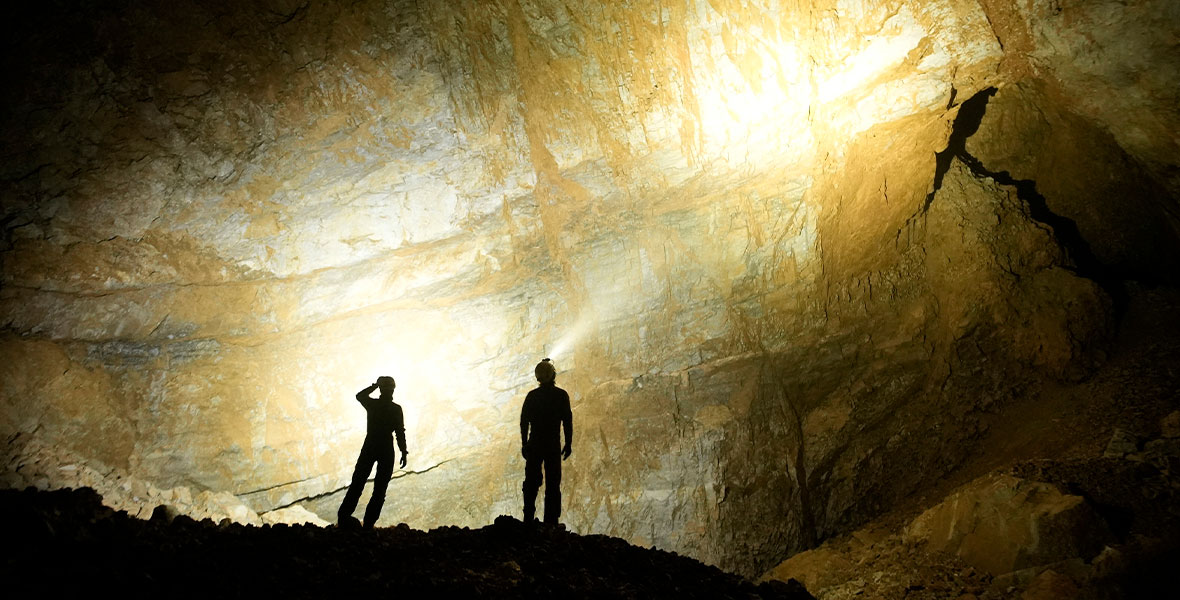 This expedition, however, presents brand-new challenges, which result in brand-new fears. “A lot of other expeditions I’ve been on, I always had this thought in the back of my mind: ‘I’ve got my little inReach® [satellite communicator], so a helicopter can find me,’” Durana recalls. “It’s really different in the cave; there’s no support. For me, it was a little bit scary. It was my very first cave. The first couple of days, it’s known territory, and you travel lightly and carefully. But the fear heightened a little bit when we were going into virgin territory, because that’s when the rocks can be more unstable. You really have to be aware of your environment in a way that I’ve never been aware of before. It is a little scary, but I think you have to keep your composure, understand what you’re doing, and know your limits, because there could be some things you decide you just don’t feel comfortable doing. I think it’s important to recognize that.”

Of course, the team went in as prepared as possible. Throughout their expedition, safety remained everyone’s utmost concern. “There is no rescue organization in the world that could actually retrieve somebody from the bottom of this cave,” Stone explains. “They don’t train for this kind of thing. There’s no fire rescue, no mountain rescue, anything like that. We basically design the team for self-rescue capability from the start—and that has been one of the tenants of these expeditions for decades now.”

Without spoiling how Explorer: The Deepest Cave ends, there’s no slowing down Stone. “I was 68 years old during the expedition,” he says. “Expeditions keep you in incredible shape... As far as I’m concerned, I aim to be on expeditions when I’m 100!”