This spring, D23 visited Pixar’s headquarters in Emeryville, California, where director Josh Cooley and producers Mark Nielsen and Jonas Rivera hosted a Q&A to discuss all things Toy Story 4. Before the film arrives June 21, enjoy this edited and condensed version of that conversation:

D23: Toy Story 3 had a sense of finality to it. Why did you decide to write another chapter?
Josh Cooley: We love the ending of Toy Story 3; it ended Woody and Andy’s story perfectly. When we started going down the path, we just kept going. We hit upon something that was worth telling.
Mark Nielsen: And the idea of Bo Peep was so intriguing. This movie has been kind of codenamed Peep here within the walls for the whole four years we’ve been making it, because we knew she was such an important character in this one. The idea of them coming back together after not seeing each other for years and what’s become of her was something really worth exploring.

D23: Why did you decide to open Toy Story 4 with a flashback sequence?
Cooley: We had a million different beginnings for this film. We have all these different versions of it. It wasn’t [decided] until we were like, “Let’s just get right into it.” I love starting it off with a bang—literally—with the lightning crashing. We’re getting right into it to establish the stakes. 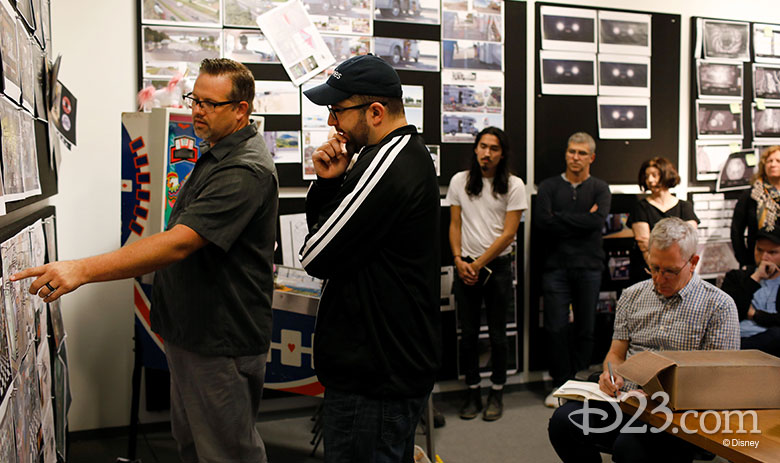 D23: How much freedom did “Team Bo” have in reestablishing Bo Peep’s character?
Rivera: They would unflinchingly say anything, down to, “She couldn’t hold herself that way,” or, “That line is a little off.” And even Annie Potts [who voices the character] would help steer us.
Nielsen: We got to show the film to Annie Potts recently and her reaction to seeing Bo was really strong. She was so happy with the way her character turned out and the way Bo is represented.

D23: What inspired you to include a carnival in the movie?
Cooley: We’re always looking for areas where toys actually do exist in the world to make it feel natural. At first it was just like, “Oh, this would be a fun obstacle for these toys.” But then we realized it had actually become deeper than that and actually became a part of the story. And also, we saw how the lighting of a carnival can affect the mood. In the daytime, they’re kind of gross, but at nighttime, they are stunningly beautiful. So, we definitely took advantage of that.
Nielsen: We loved the contrast, too, between life with the toys in the antiques store and what was just outside. You’ve got all of these kids running around outside—and these toys are kind of trapped, don’t have a kid and desperately want one, and it’s just on the other side of the glass.
Rivera: Remember that story we’d heard on the Alcatraz tour? If you’ve ever been to Alcatraz in San Francisco, they said the prisoners would go crazy because they could hear people having a party and laughing across the bay. It was like a thousand miles away from them. It was really emotional and interesting, and we thought, Oh! A toy version of that is right outside this antique store; like, Right there are kids having fun, trying to win toys—and you can’t have it!
Cooley: We really took advantage of the areas of a carnival where people can’t go. We went to a lot of carnivals for research trips, and underneath all those games is where they store all the stuff for taking down everything. And so, the toys are able to move through there and still be hidden. 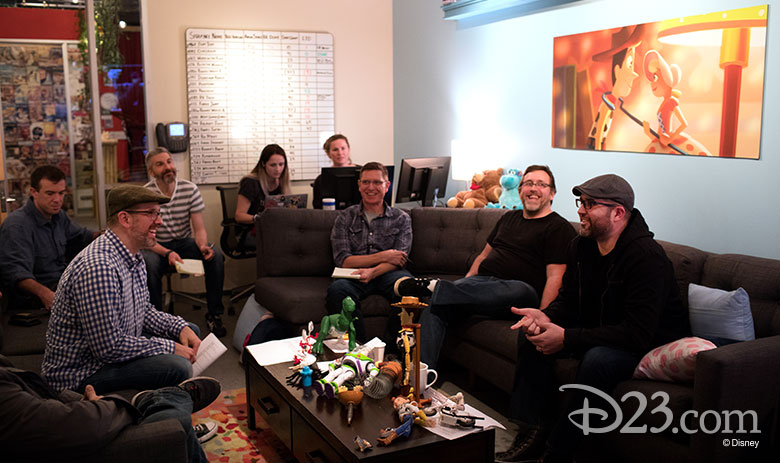 D23: How will you honor the late Don Rickles as Mr. Potato Head?
Cooley: We went through everything he’s recorded—all the past films, all the shorts, all the video games, all the theme park stuff, all the ice shows, all the toys. He’s done a lot over the last 25 years. He did sign on to be on this film before he passed. We were very honored for that and we were also very honored that his family asked us to see if we could create a performance. Obviously, we can’t say anything specific to the plot, but we’ve found enough that feels natural.
Nielsen: We couldn’t imagine this film with a soundalike. We knew we had to dig and do whatever we possibly could to try to preserve his voice in this. I mean, he is the voice of Mr. Potato Head!