Hosted by Huey Duck for “Duckburg Public Radio,” new episodes from the seven-part podcast will be available every Monday following the premiere and highlight riveting stories from Duckburg. A clip from the first episode, “Adventure Calls,” was released today:

Before the first episode of This Duckburg Life premieres, don’t forget to tune in for DuckTales’ 90-minute series finale special, airing Monday, March 15, at 7 p.m. ET/PT on Disney XD and ungated in DisneyNOW. Executive produced by Matt Youngberg and co-executive produced by Francisco Angones, the Emmy® Award-nominated animated series, beloved by fans of all ages, is available on Disney Channels and Disney+ around the world. 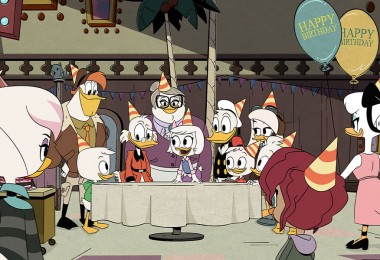