On this day in 1964, Walt Disney was in Washington, D.C., for a special honor, to receive the Presidential Medal of Freedom. At a noon ceremony in the East Room of the White House, President Lyndon B. Johnson said, “What America is to be, America will be, because of our trust in and of the individual and of his capacity for excellence. Only those who doubt the individual can be dubious of America’s survival and success in this century of contest. This belief is mine. It was this conviction that led President Kennedy to the establishment of the Medal of Freedom as our highest civilian honor for outstanding individuals—citizens who share an extra measure of individual excellence in the mainstream of our well-being and our advancement. On the talents of such citizens rests the future of our American civilization, for it is from the genius of the few that we enrich the greatness of the many. All Americans are proud, as I am proud, to salute today the great Americans here before me. Their lives and their works have made freedom stronger for all of us in our time.” One by one, the recipients would step forward to receive their gold decoration, including Walt Disney, whose achievements were described as “Artist and impresario, in the course of entertaining an age, he has created an American folklore.” 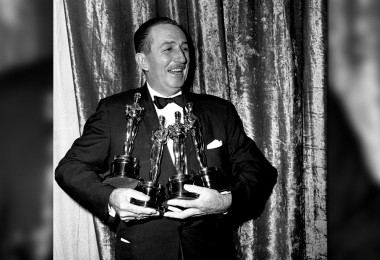