Home / Walt Disney Archives / THIS DAY IN DISNEY / Pirates of the Caribbean: Dead ...

Avast, ye readers! On this day in 2006, Captain Jack set sail on an all-new adventure in Pirates of the Caribbean: Dead Man’s Chest, a swashbuckling and spectacular follow-up to the blockbuster 2003 film. This time, the decidedly eccentric Captain Jack Sparrow is caught up in another tangled web of supernatural intrigue. Will Turner and Elizabeth Swann return to join Captain Jack, along with a roistering shipload of characters both new and familiar. Inspired by the mega popular Disney park attractions, the Pirates of the Caribbean films are a natural fit for Disney, considering that the very first on-screen image ever to appear in an all-live-action Walt Disney Studios feature was none other than a closeup of the skull-and-crossbones Jolly Roger flag in the classic 1950 version of Robert Louis Stevenson’s Treasure Island. 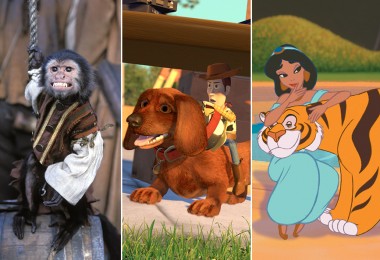