On this day in 1941, a story about a little elephant flew onto the big screen, instantly touching the hearts of audiences everywhere. Years later, when Dumbo aired on the Disneyland television show, Walt admitted that it was his favorite movie of all his films. In his on-camera introduction he said, “From the very start, Dumbo was a happy picture. It really started from a very simple idea and like Topsy, just grew. We weren’t restricted by any set storyline so we could give our imaginations full play. In other words, if a good idea came to us, we’d put it in the story. It was really a happy picture from beginning to end.” Dumbo later made his debut in Disneyland’s fireworks show, always drawing “oohs” and “aahs” from the crowd as he flies over Sleeping Beauty Castle to the music of “Baby Mine,” the Academy Award®-nominated song from the film. More than seventy years after the film’s debut, it’s evident that Dumbo‘s popularity continues to soar. 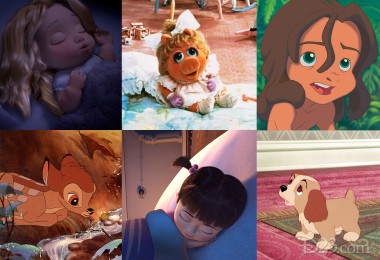