It should come as no surprise that we here at D23: The Official Disney Fan Club consider the number 23 especially lucky! Nominations for the 94th Oscars® were announced this morning, with films from across The Walt Disney Company combining to earn-you guessed it!-23 Academy Award® nominations.

We've been singing its praises ever since it debuted in December, and now West Side Story has received seven nominations: Best Picture, Best Actress in a Supporting Role, Best Directing, Best Costume Design, Best Sound, Best Cinematography and Best Production Design. With Nightmare Alley, Searchlight Pictures has now received 20 Best Picture nominations and a grand total of 172 Academy Award nominations. In addition to Best Picture, the film received nominations for Best Costume Design, Best Cinematography and Best Production Design. Disney's Onyx Collective secured its first Oscar nomination with Summer of Soul Soul (...Or, When the Revolution Could Not Be Televised), in partnership with Searchlight Pictures and Hulu. In addition, Jessica Chastain was nominated for Best Actress in a Leading Role for her performance in Searchlight Pictures' The Eyes of Tammy Faye. The film also garnered a nomination for Best Makeup and Hairstyling. Pixar Animation Studios' Luca earned a Best Animated Feature nomination, as did Walt Disney Animation Studios' Raya and the Last Dragon. The latter studio's film Encanto received three nominations, for Best Animated Feature, Best Original Score, and Best Original Song.

Seven of the nominated films are available to stream now on Disney+ and Hulu.

Here is the complete list of nominations from across The Walt Disney Company: 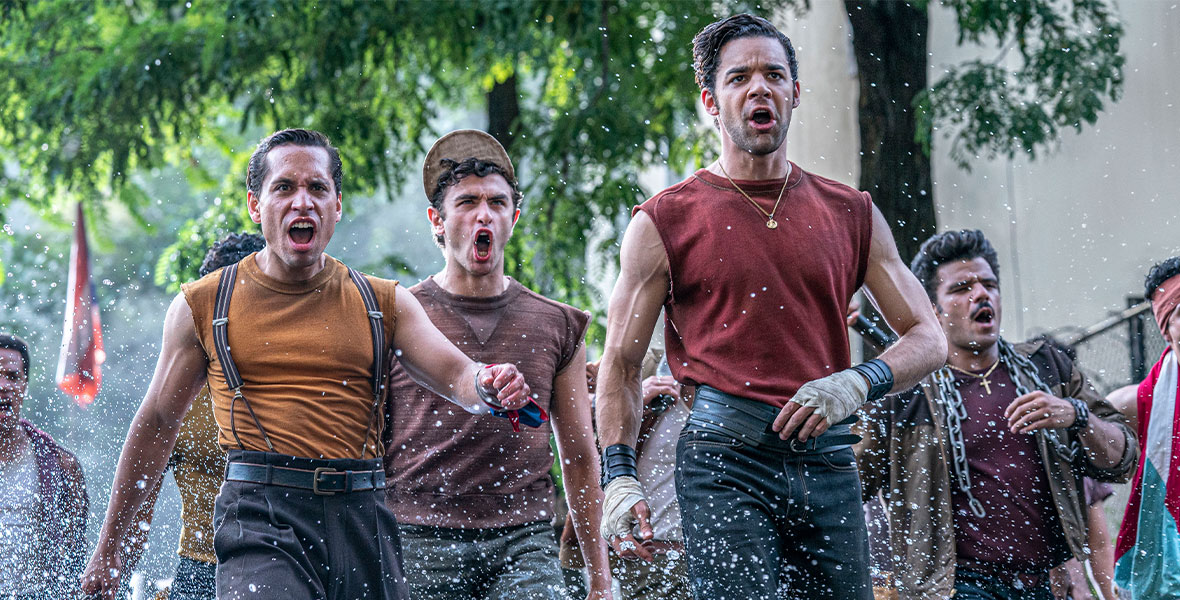 "I am filled with gratitude, especially for Steven Spielberg, Kristie Macasko and everyone at Amblin and 20th Century Studios," Tazewell said. "Being invited into the circle of exemplary talents with whom Steven surrounds himself has been utterly life-changing, and I will forever cherish my West Side Story experience with humility and great joy. Thank you to the Academy for this beautiful honor. What a bright and shining moment!"

Said DeBose, "My morning walk along the river was extra special today. I am absolutely overjoyed by this morning's news. To be recognized alongside such incredible women for their inspiring performances is surreal enough, but to share this celebration with Steven, Kristie, and the entire team that made our beautiful movie is a dream come true. I'm so thankful to the Academy for this acknowledgement and am beyond grateful to Steven, Kristie, and everyone at Amblin and Disney. What a moment." 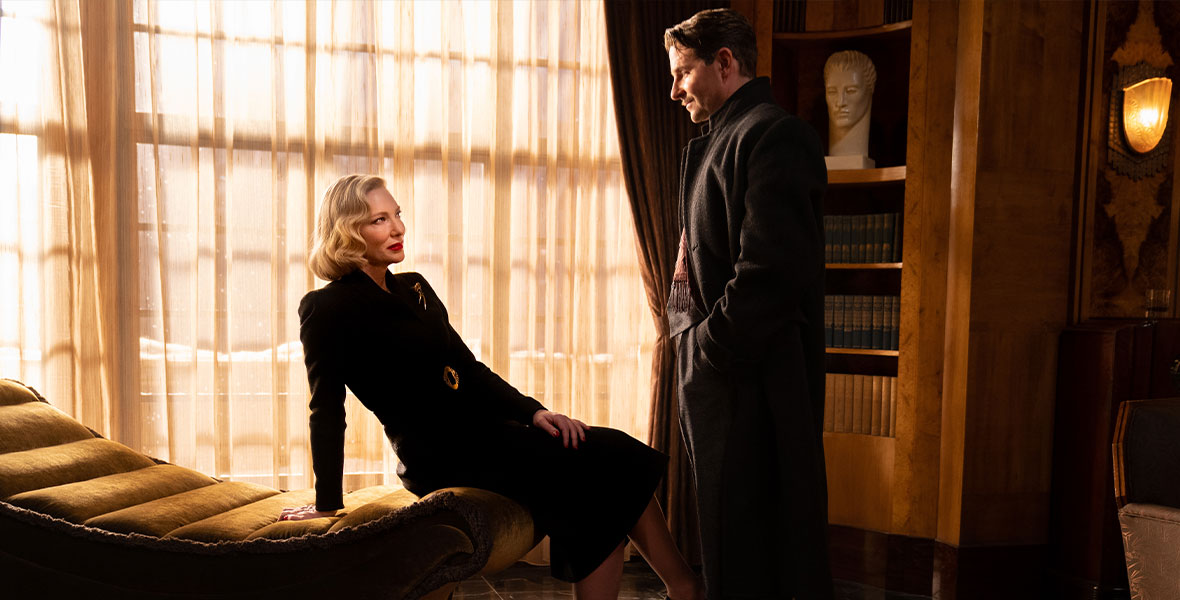 "We want to thank the Academy for this tremendous recognition of so many artists' hard work," del Toro, Dale and Cooper said. "To see Nightmare Alley nominated for Best Picture alongside so many terrific, artistic, unforgettable films is a testament to the entire cast and crew on the production. It took nearly four years to bring this project together, and to see the commitment, creativity and determination of the artisans come to life with nominations for Tamara and Shane for their immersive and inventive production design; Luis for his spectacular and sumptuous costume design; and Dan for his incomparable cinematography is truly gratifying. We thank Searchlight for never giving up on this film and want to express our appreciation to the wonderful cast for making Nightmare a dream come true." 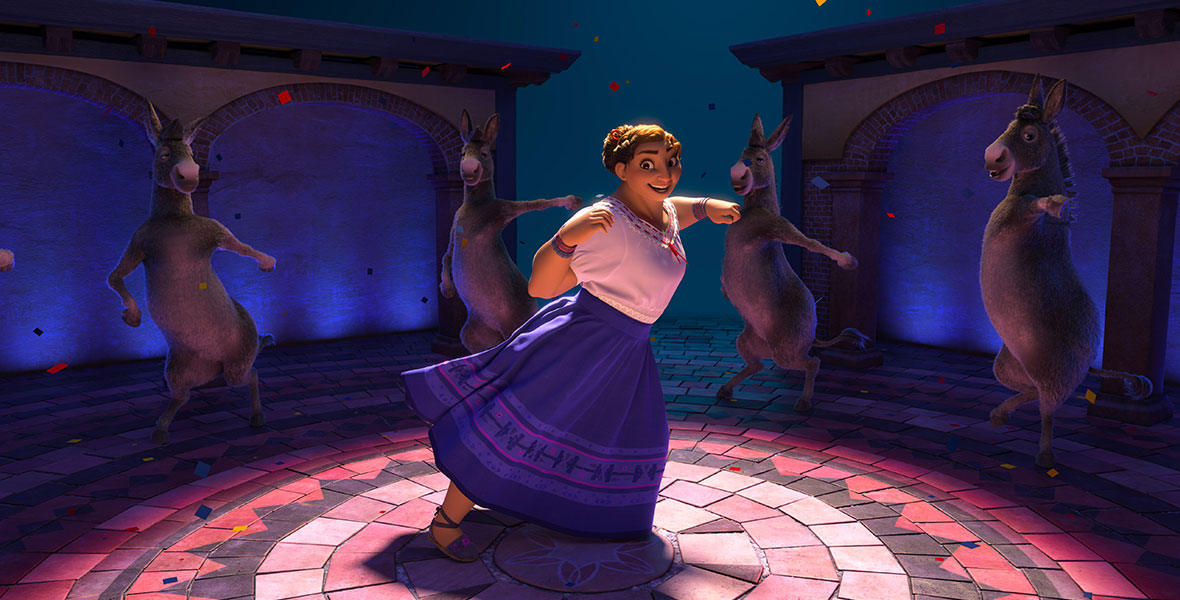 "We are incredibly grateful to the Academy for this nomination and so honored to be recognized with our fellow nominees in such a strong year for animation," Howard, Bush, Merino and Spencer said of their Best Animated Feature nomination. "Huge thank you to our cast, our crew and our musical partners, Lin-Manuel Miranda and Germaine Franco, for making miracles and bringing the world of Encanto to life."

Miranda added that he was "grateful beyond belief to the music branch and to the Academy for recognizing our work on Encanto. Germaine is such a singular talent and I'm so proud to work alongside her. And 'Dos Oruguitas' is a very special song to both our movie and my family. Thank you so much." 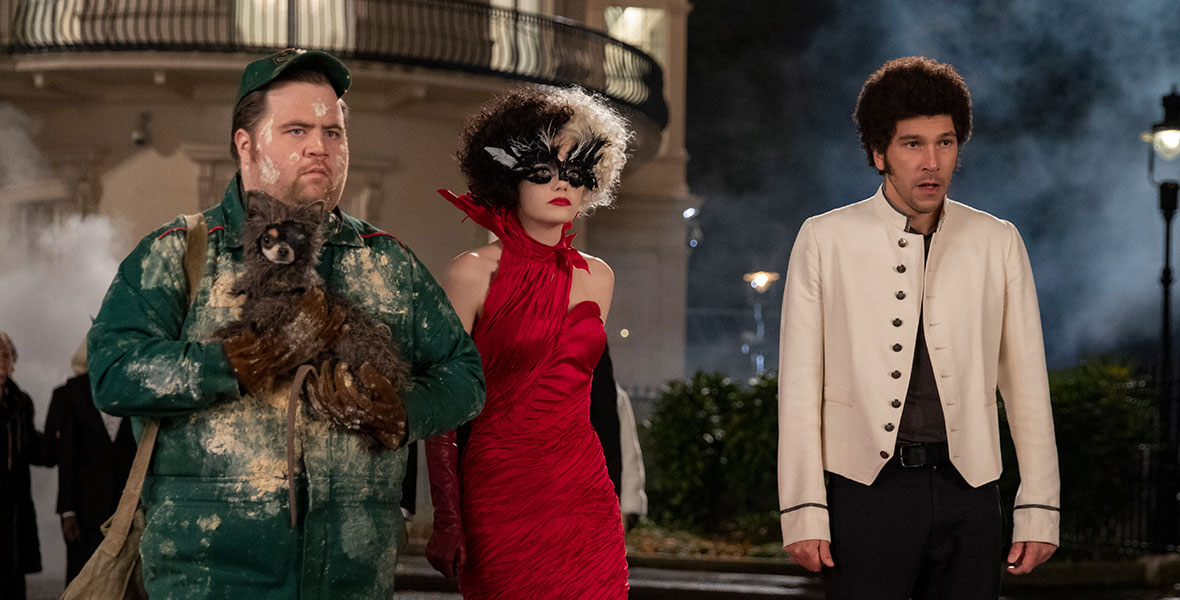 "I'm totally thrilled as this is the ultimate accolade for my crew!" Beavan said.

"Thank you to the Academy for recognizing our work," Stacey added. "I'm not sure this will ever sink in, but after I stop jumping around the room and calm my mum down, I will call the rest of the amazing team and thank them for their work. I have so many people to be grateful for, but Emily Jean Stone, you are the reason this happened so thank you the most. This is a great day!" 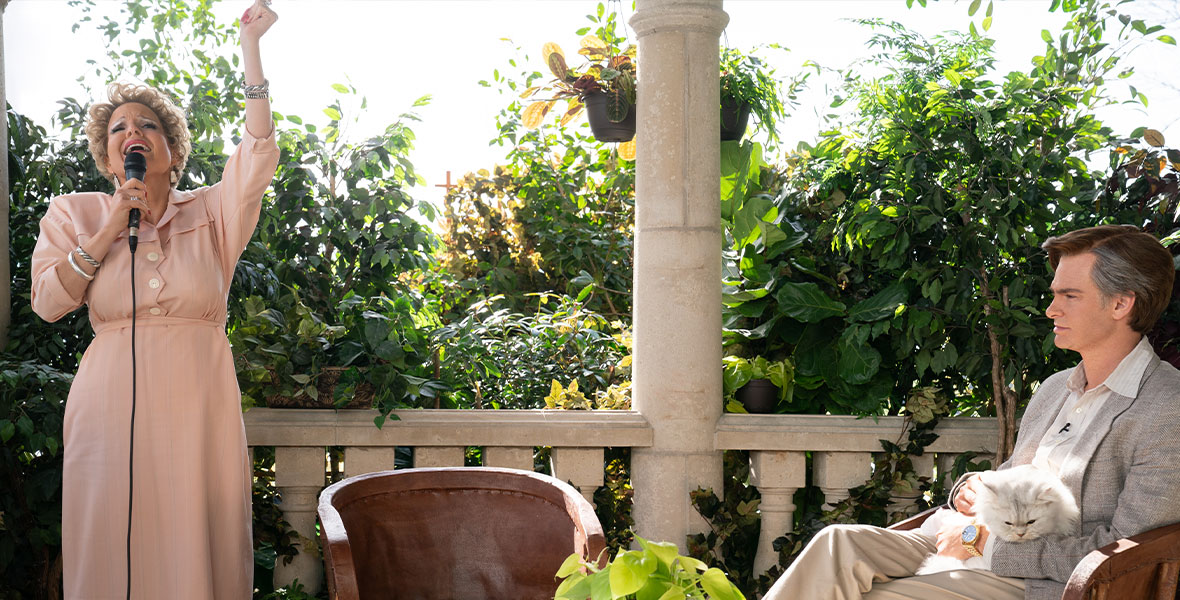 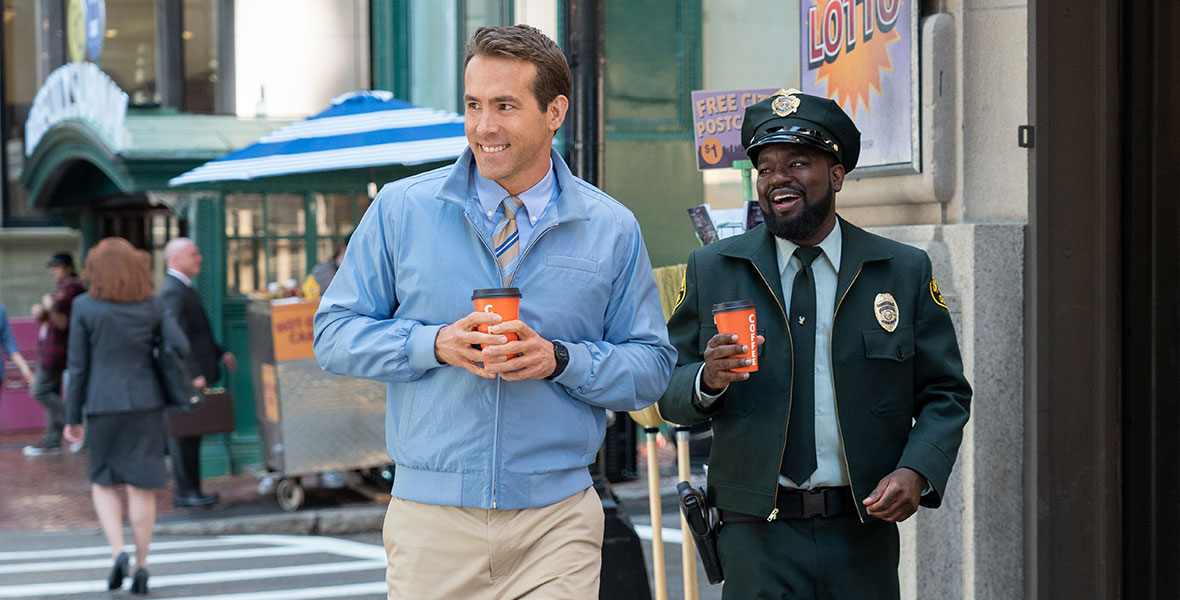 "There's no better feeling than being recognized for a film so dear to my heart," said Gillberg, VFX Supervisor. "I'm so proud of Free Guy and all the hard work that brought us to this point. Congratulations to my fellow nominees, and Go Blue Shirt Guy!"

Grill, VFX Supervisor, Scanline, added, "Waking up to a stream of congratulations texts was overwhelming and joyous! But talking to my fellow Free Guy nominees Swen Gillberg and Nikos Kalaitzidis is one of those moments you can only hope for."

"It's an honor to be recognized by the Academy, and I'm extremely proud of the remarkable work everyone at Digital Domain created for Free Guy-it was an incredible experience," said Kalaitzidis, VFX Supervisor, Digital Domain. "I'd like to thank Swen Gillberg and director Shawn Levy for bringing me on the team, and I'd also like to congratulate my fellow Academy nominees including Bryan Grill, Kelly Port, Scott Edelstein, Joe Farell and Paul Lambert. It's been a pleasure to have worked with so many amazingly talented people for the last 25+ years!" 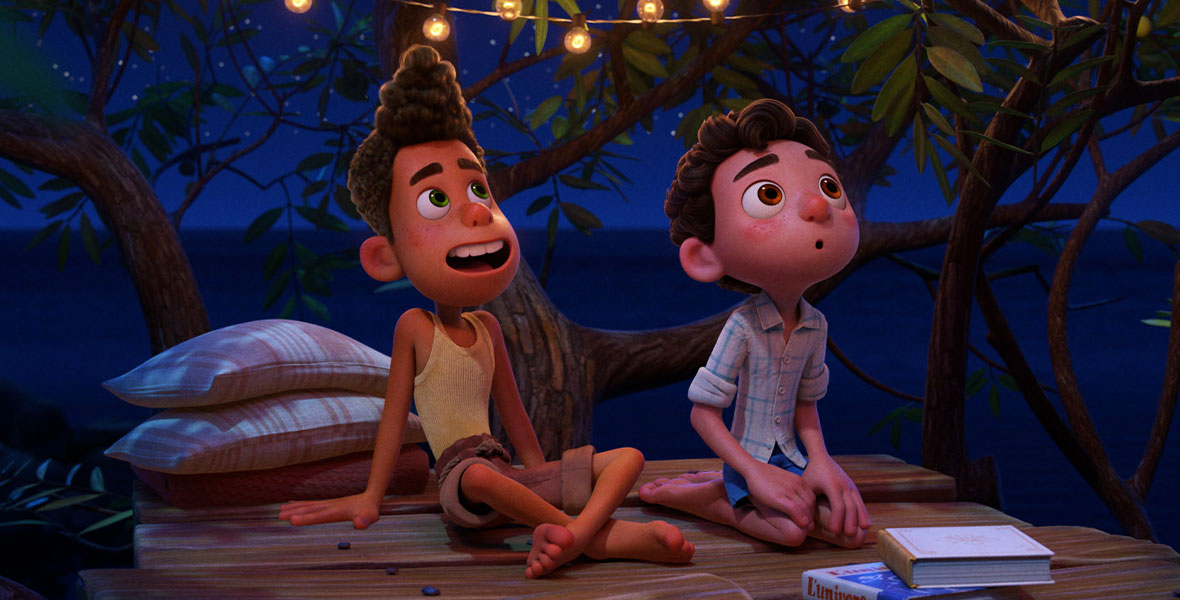 "We are incredibly honored and grateful to the Academy for this nomination," Casarosa and Warren said. "Lucabegan as a personal story inspired by a life-changing friendship and nostalgia for summers spent on the Italian Riviera-and we were delighted that the universal message of accepting those in any way different from us resonated with audiences around the world. We would like to thank everyone at Pixar who helped bring this story to life. Grazie mille!" 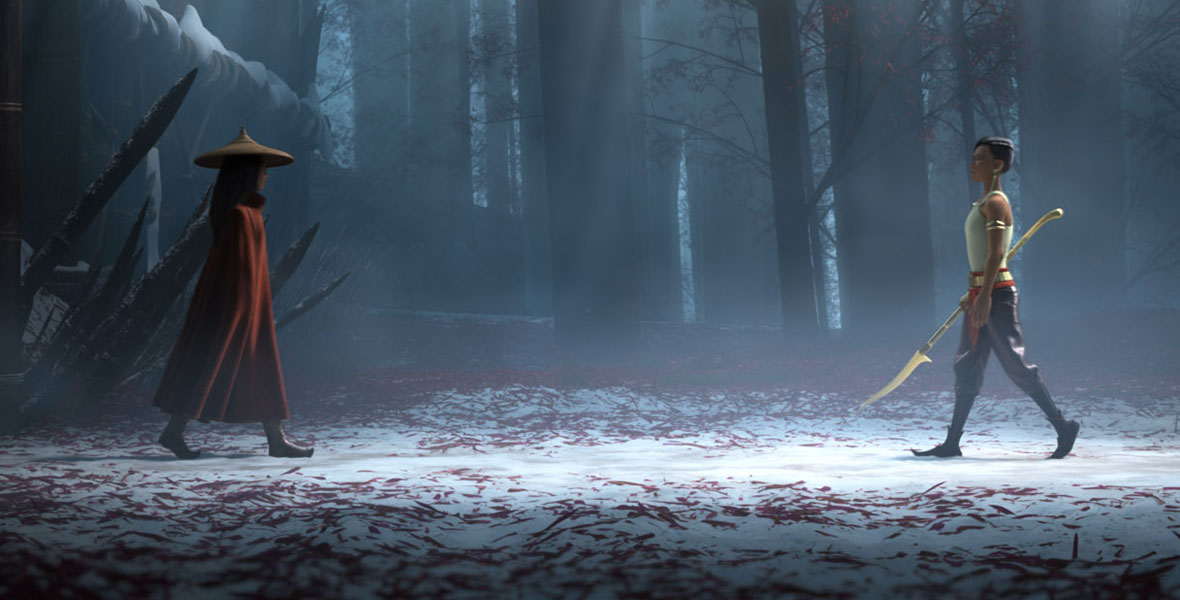 "On behalf of the amazing cast and crew of Raya and the Last Dragon, we'd like to express our sheer joy and deep appreciation to the Academy for nominating our film," said Hall, López Estrada, Shurer, and Del Vecho. "We'd also like to congratulate our fellow nominees. We're honored to be in your company."

Watch Raya and the Last Dragon on Disney+ 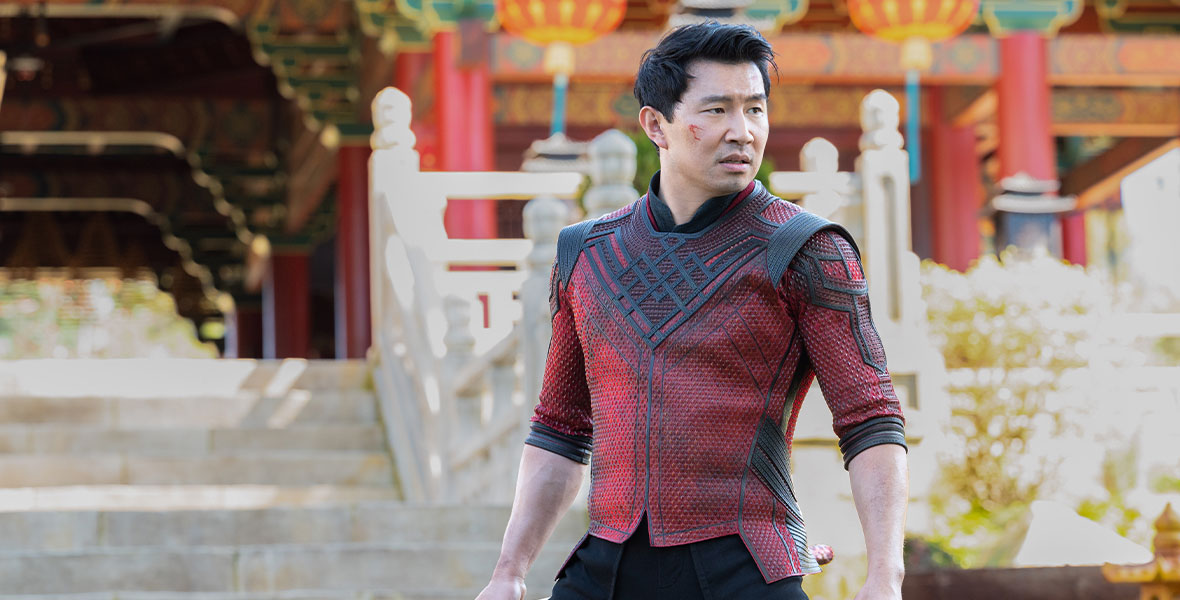 "I'm so proud of all the work in the film; it's a real collaboration between so many departments, and for the VFX to be recognized in this way is fantastic," said Townsend, VFX Supervisor. "So many artists, producers, coordinators, support staff, spread across the world, many working from home during these crazy times, helped create some beautiful imagery. It's incredible to be nominated."

"I'd like to say a huge thank you to the team at Marvel, especially Chris Townsend, whose passion and love for this film pushed the visual storytelling to such a beautiful and mythical place," added Walker, VFX Supervisor, Weta. "Thank you to [director and writer] Destin Daniel Cretin for trusting us and allowing us to collaborate with him on this incredible journey.  The biggest of thank yous to our incredible team at Weta who worked on this project. They are the best at what they do, and they bring joy to my life every single day. Their passion and enthusiasm are the life blood of the production and without them I wouldn't be here. I couldn't be prouder of them all. And lastly, a huge thank you to all the other vendors who worked on this film. Their work is outstanding, and it was a pleasure to work alongside and collaborate with them. It was an incredible joint effort with the best in the business and the end result is something we are all incredibly proud of."

"It was an amazing experience working with our Australian production crew in my home town of Sydney and honored to be part of such a beautiful film," said Farrell, Additional VFX Supervisor. "I am thrilled we have been recognized by our peers in the Visual Effects community."

"Working on Shang-Chi with many talented crew across all departments was a real honor," added Oliver, SFX Supervisor. "Also a great honor to be recognized by our peers for the work we did on Shang-Chi." 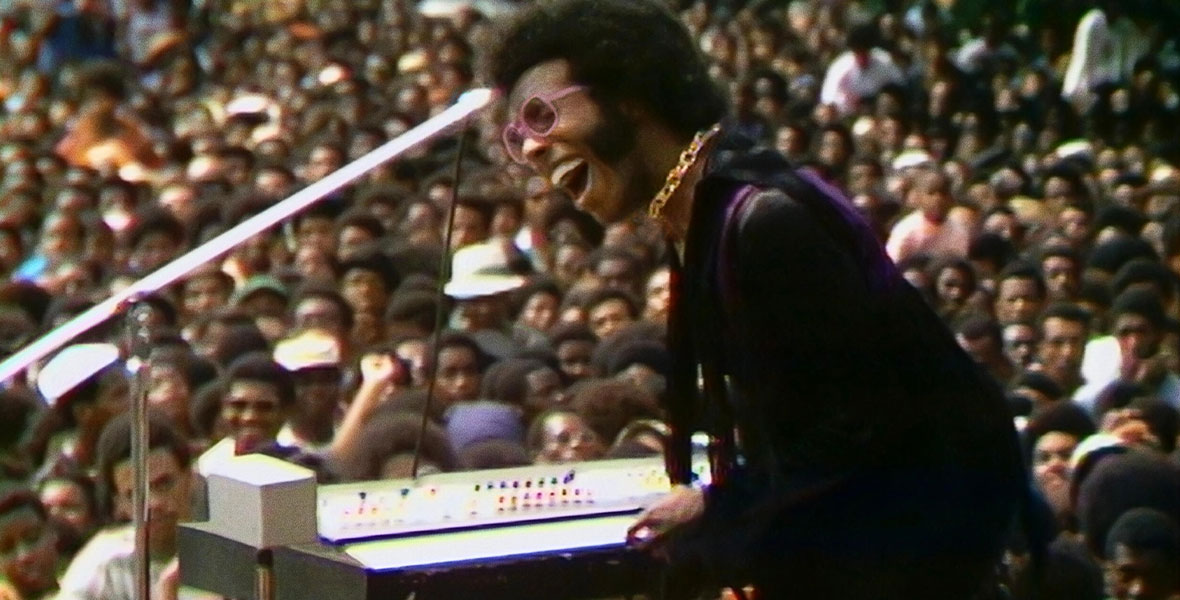 Summer of Soul (...Or, When the Revolution Could Not Be Televised) (Searchlight Pictures / Onyx Collective) (Streaming on Hulu and Disney+)

"It is a huge honor to receive this nomination," said Thompson. "The Harlem Cultural Festival was both a testament to Black genius and Black joy at a formative time in our country's history, and a cautionary tale about the way that history, especially Black history, can be erased. Being entrusted with the responsibility of keeping that past visible has been one of the great honors of my life. I am beyond gratified to be nominated alongside these four other incredible filmmakers. Congratulations to the entire filmmaking team and everyone at Searchlight, Onyx and Hulu."

Will Packer will produce the 94th Oscars, marking his first involvement with the show. Glenn Weiss will direct the ceremony for the seventh time. The 94th Oscars will be held on Sunday, March 27, at the Dolby® Theatre at Hollywood & Highland Center® in Hollywood and be televised live on ABC at 8 p.m. ET/PT (and in more than 200 territories worldwide).

Watch Summer of Soul on Disney+