Anchored by the two frenemies, the new series follows three hard-working college students, Ava, Dylan Walker (Eli Brown), and Caitlin Park-Lewis (Sydney Park), whose lives are, regrettably, tethered to the same wealthy, manipulative jerk: Nolan Hotchkiss (Chris Mason). Alison, who found love with with Emily Fields (Shay Mitchell) on Pretty Little Liars, accepts a job as a teaching assistant at the university, where she soon learns life on campus isn’t as picture-perfect as it appears. 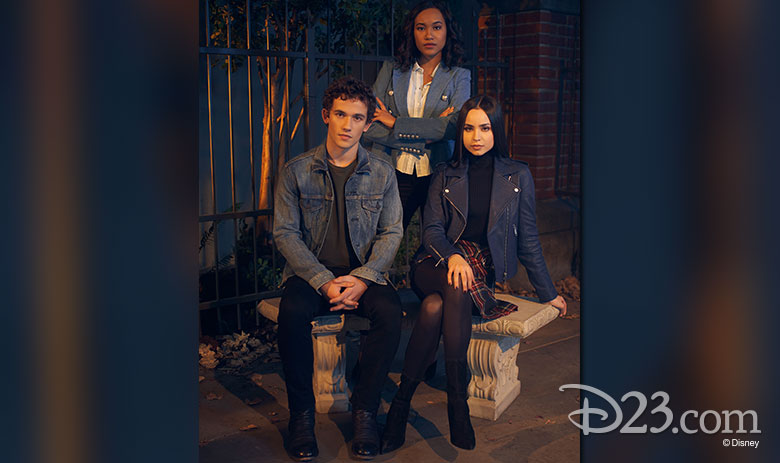 “We wanted something that felt really new but honored the tone and themes of the original Pretty Little Liars,” explains King. “And once Sasha and Janel said they were interested in keeping their characters alive, that was sort of the way in. I knew we could use those two to take us to a new place, a new setting and a new world to explore.” Both actresses were eager to reprise their roles, which they played for seven seasons on the breakout hit Pretty Little Liars. “Marlene was like, ‘I’m not ready to say goodbye to Mona,’ and I said, ‘Me neither!’” Parrish recalls. “She then asked, ‘Well, what if we didn’t have to…?’ And I was like, ‘[Gasp] Tell me more!’”

Like its predecessor, Pretty Little Liars: The Perfectionists is based on novelist Sara Shepard’s popular book series. Carson, who had previously worked with King on Freeform’s Famous in Love, had long been a fan of the stories Shepard and King created. “I was sold from the very beginning,” she admits. “It is such an honor to be part of this show and to continue [its] legacy.”

King describes the highly anticipated series as a “little looser” adaptation of Sara’s books than its predecessor. The reason for that, she says, is simple: “The books had a couple twists you couldn’t do for TV.” Luckily, Shepard “loved” the changes and “has a little cameo in the pilot.” Those who are unfamiliar with the characters needn’t fret. “Obviously if you’re a fan, you’re going to love this so much, because there are so many Easter eggs you’ll notice,” Carson says. “But if not, it’s a whole new world—with a whole new set of lies and mysteries and suspense.” 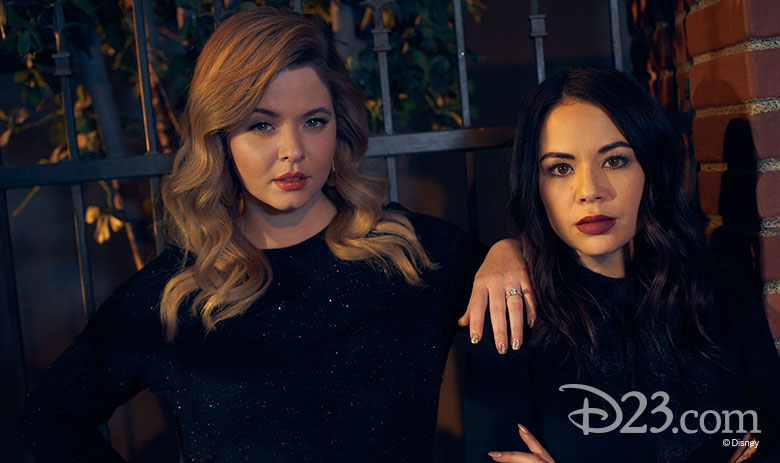 Pretty Little Liars: The Perfectionists, which also stars Graeme Thomas King as Jeremy Beckett, Kelly Rutherford as Claire Hotchkiss, and Hayley Erin in an undisclosed role, is more mature than the original series, according to its returning actresses. “These characters, they’re really deep,” says Pieterse. “There’s a lot to them. It’s really fun to dive into that and see all these people who are putting on fake personas and trying to be perfect. [Because] that’s impossible!”

Parrish describes the show as “mysterious and steamy.” Pieterse agrees it’s “racier,” teasing, “We’ve got a lot of surprises and things up our sleeve that I think fans are going to enjoy…”

Adds Parrish, “[There are] lots of twists and turns—very PLL-style!”