From September 15 to October 15, during the anniversaries of the independence of many Latin American countries, Hispanic Latinx Heritage Month celebrates and honors the achievements, history, contributions, and vibrancy of Hispanic and Latinx cultures. With the celebration soon coming to a close, it marks another important milestone: the 65th anniversary of Disney’s Zorro.

Premiering on October 10, 1957, Zorro featured the debonair Guy Williams as Don Diego de la Vega and his alter ego—the friend of the people, El Zorro. The show, inspired by the stories of Johnston McCulley, follows the adventures of the legendary masked hero who fought valiantly against the oppressive forces in 19th-century California.

Almost 30 years after its premiere, a VHS copy of Zorro: The Secret of El Zorro (a compilation of episodes from the series) landed in the hands of a very impressionable five-year-old Hispanic boy. This boy, born and raised in Los Angeles, finally saw a world that resonated with not only his Hispanic culture, but also showed a hero and characters that looked a lot like him.

Though he loved Sunday newspaper comics and superhero cartoons, seeing Zorro etch that infamous “Z” left an indelible mark on the boy. The vivid world and detailed production of Zorro sparked his imagination in a way no other story had before. He played out heroic scenarios, leaping from beds and tracing “Zs” in the air with the wooden sword that his dad had made for him. Yet there was always something missing that even his imagination couldn’t fabricate...

That all changed on Halloween when his mother and aunt sewed him Zorro’s infamous costume, complete with a billowy black shirt and distinctive domino mask. When the boy slipped into this costume, the power and pride he felt was unimaginable. Though it was decades after Zorro’s initial premiere, the boy felt an unshakeable connection to that iconic hero, driven by a deep feeling of representation.

You might have guessed that the little boy... was me!

And even though the little boy has now grown up, I often think of how significant it was to see aspects of oneself and heritage in popular culture. So you can imagine my excitement, starting my career at the Walt Disney Archives and realizing that Guy Williams’ Zorro costume is in the Archives’ collection!

To celebrate Zorro’s premiere and the impact of diverse storytelling, please enjoy the following photos from not only the Archives, but also from my own personal archive... and check out Zorro for yourself on Disney+! 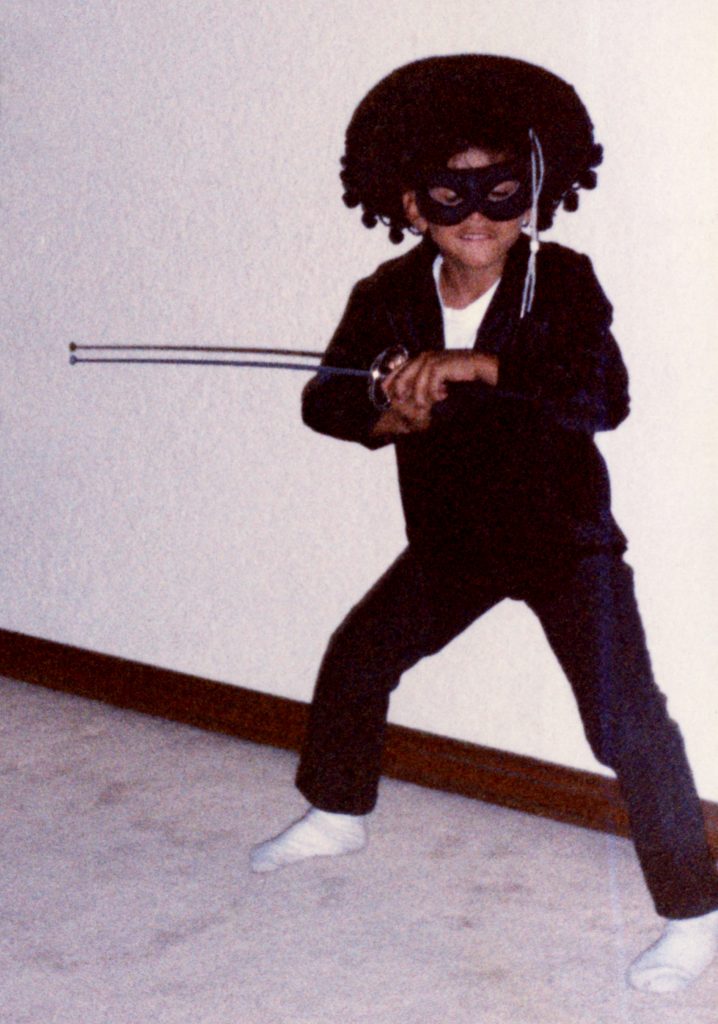 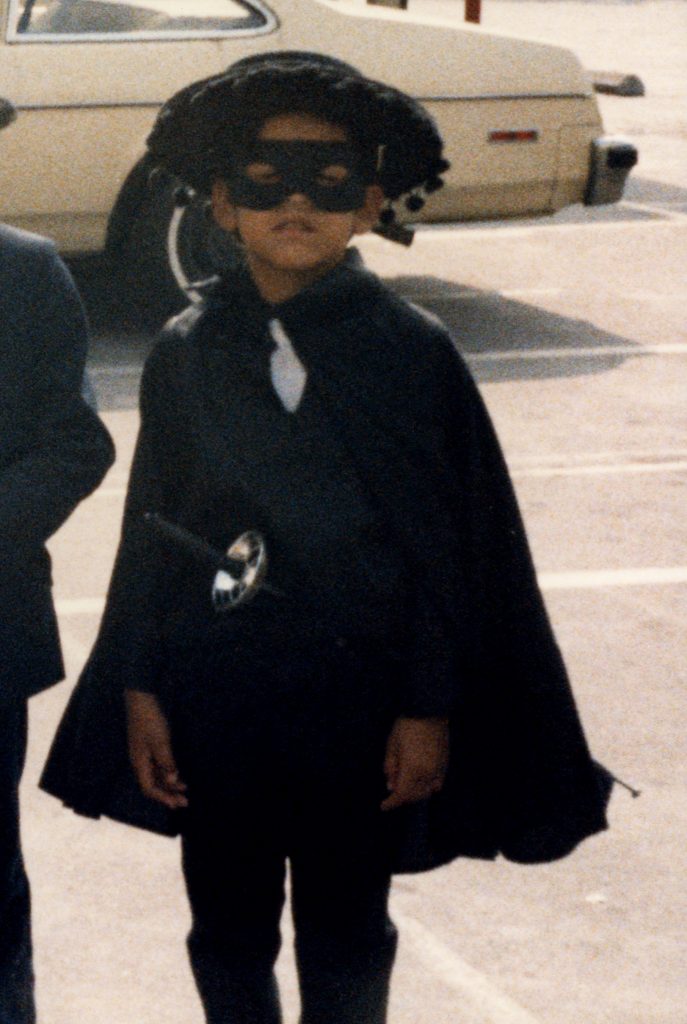 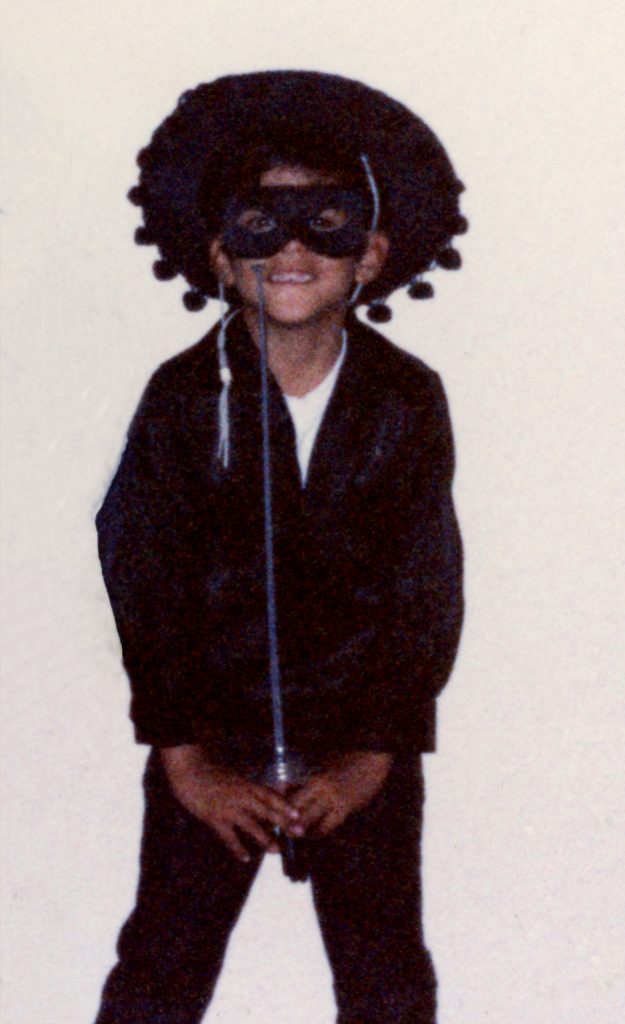 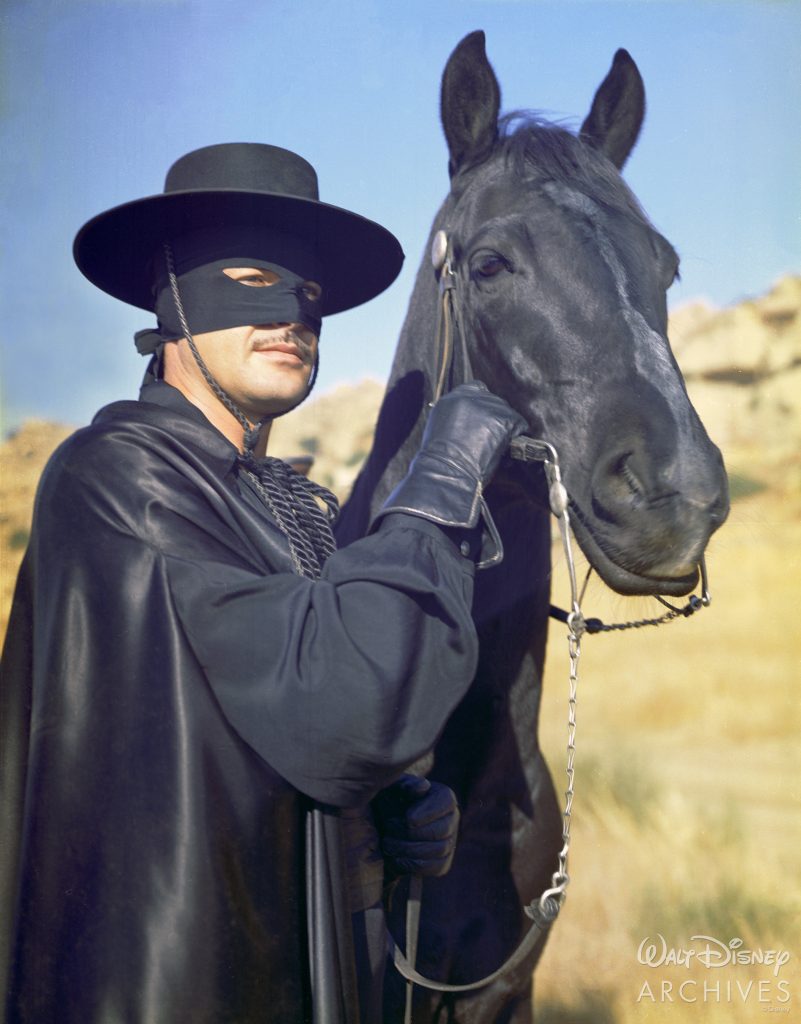 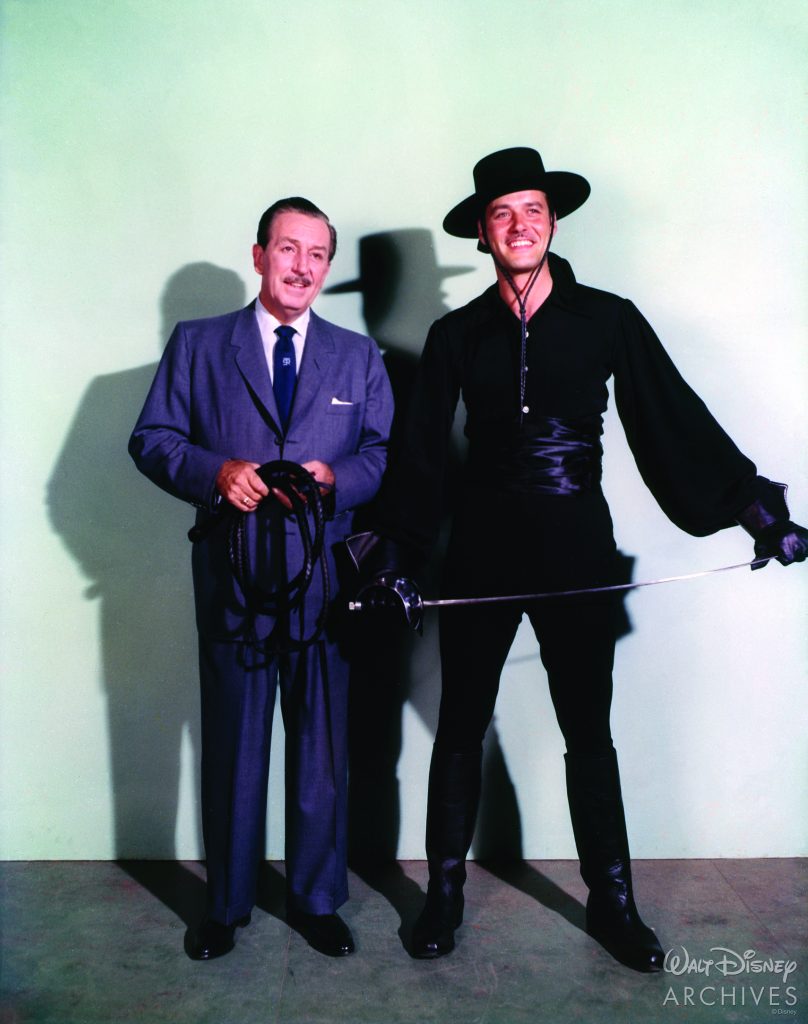 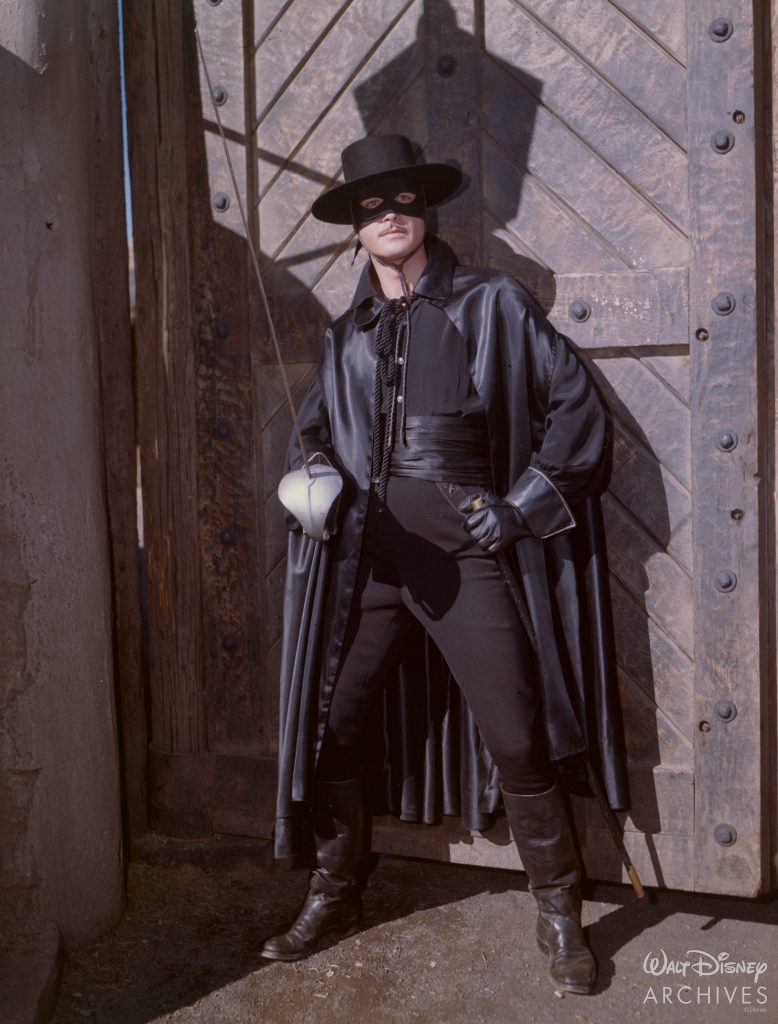