We know what we’re going to do today—watch the Phineas and Ferb marathon that’s underway on Disney XD: 73 hours of Phineas, Ferb, Perry the Platypus, and every “inator” Dr. Doofenshmirtz ever built! We also know what we’re going to do tonight—watch “Last Day of Summer,” the series finale that shows our heroes’ 104th day of summer and prepares to send everyone back to school. The episode airs on Disney XD tonight at 9 p.m. ET/PT.

This was the summer that we never wanted to see end, and Phineas and Ferb creators/executive producers Dan Povenmire and Jeff “Swampy” Marsh, recognizing this, stretched the summer’s last day out a little bit for the show’s fans. In the one-hour episode, the summer is coming to a close and it’s Candace’s last chance to bust her brothers. She is quickly foiled, but is presented with an opportunity to redo the day when she sets off Dr. Doofenshmirtz’s Do-Over-Inator, which results in other consequences like rips in the space-time continuum, the shortening of days, and the disappearance of her brothers.

When we attended a Q&A with Povenmire and Marsh, they acknowledged the film Groundhog Day and its influence on the final episode, in which the last day of summer repeats over and over.

“It fulfilled a lot of people’s wishes, I think, for that last day of summer to repeat,” Marsh said.

Povenmire and Marsh made the decision to end the show about two years ago. “We’ve been doing this for a decade and thought this was a good time. I feel like the show is really good and really fresh,” Povenmire said. Since the series will continue to air daily on Disney XD, Marsh adds, “There’s a whole new batch of kids who can start on episode one.” 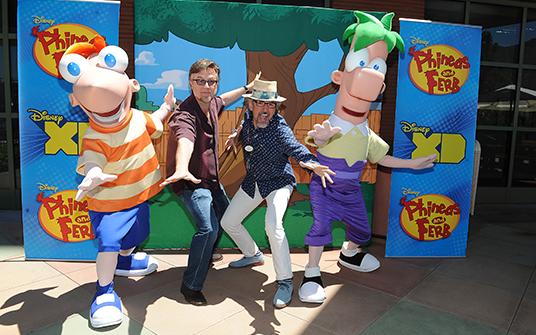 The “original batch” of kids grew up watching Phineas and Ferb. Many have gone on to colleges, where Povenmire and Marsh often speak, and both are proud and moved whenever they hear of how their show has inspired viewers. When “Last Day of Summer” was announced, Povenmire tweeted the news. “Immediately there were hundreds of people saying wonderful things about the show,” he shares. “And some of them wrote things like, ‘This is the show that got me through PTSD. This is the show that got me through chemo with my kid because it was the one thing that would make him smile.’ And I started crying like I’m doing right now,” Dan admits.

Lucky for fans of Disney animation, Povenmire and Marsh aren’t going very far. Their next project for Disney Television Animation has already been announced. Mikey Murphy’s Law is slated to premiere on Disney XD in 2017, and the show introduces Mikey, the fictional great-great-great-great grandson of the Murphy’s Law namesake. Though whatever can go wrong for Mikey always does, according to Marsh, “If you ask Mikey, he thinks he’s lucky because his life is filled with adventure and excitement every day.” Povenmire agrees, and says that the show is “really about meeting adversity with positivity and optimism.”

Though Phineas and Ferb’s summer may be ending, neither Povenmire nor Marsh will close the door on future adventures with the pair. “I was ready to step away for a while, but I already miss those characters. I miss voicing Doof, I miss spending time with them,” Povenmire admits.

They’re both extremely proud of what they accomplished over “104 days of summer vacation.” When asked what they most want people to know about the show, Marsh emphasizes, “You can never go wrong overestimating the intelligence of kids. You can make cool shows that appeal to everybody from adults and teenagers to little, little kids all the way on down—without being mean, without having your shows filled with jerks and idiots. You can put big words in and it’s OK. You can do classical music and jazz music and folk music and rap and rock ’n’ roll and all of that, and kids will get it.”

And kids weren’t the only ones who’ve been “getting it” during the series’ 126-episode run. Thanks, Dan and Swampy, for an epic summer we’ll never forget! 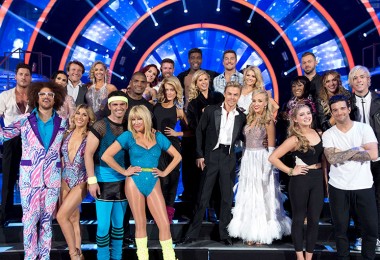 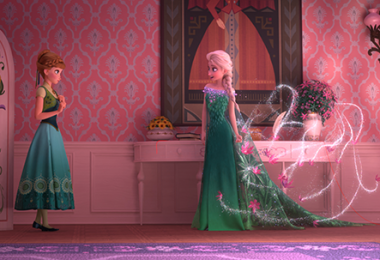 Catch Frozen Fever and See Phineas and Ferb Act Their Age (Plus 10!) and More in News Briefs for February 3, 2015