Jaw ready for this?

SHARKFEST is about to make a splash with its most immersive and massive programming experience in its 10-year history! The only shark event that proves the truth is stranger than fiction will bring viewers up close and personal with one of nature’s most feared predators by swimming across more Disney platforms than ever before, including ABC, Disney+, ESPN, and Hulu, as well as National Geographic, Nat Geo WILD, and Nat Geo MUNDO. Viewers can sink their teeth into almost 30 hours of original programming, plus over 60 hours of enhanced content that pairs captivating science and stunning visuals of the iconic apex predator. Just as it’s always done, this year’s SHARKFEST will not only give viewers a better understanding of the ocean’s most misunderstood predator, but will also showcase their beauty, power, and mystery.

“These are incredibly large creatures that people still only know a little bit about,” says Janet Han Vissering, Senior Vice President, Development and Production, National Geographic. “Every time we look into developing a new show, we find new scientists, new work, and new technology that allow us to get a little bit more information about them. Therefore, we’re able to highlight new content, new technology, and new ways of showing these sharks—which is why we are so excited about our 10th anniversary.” 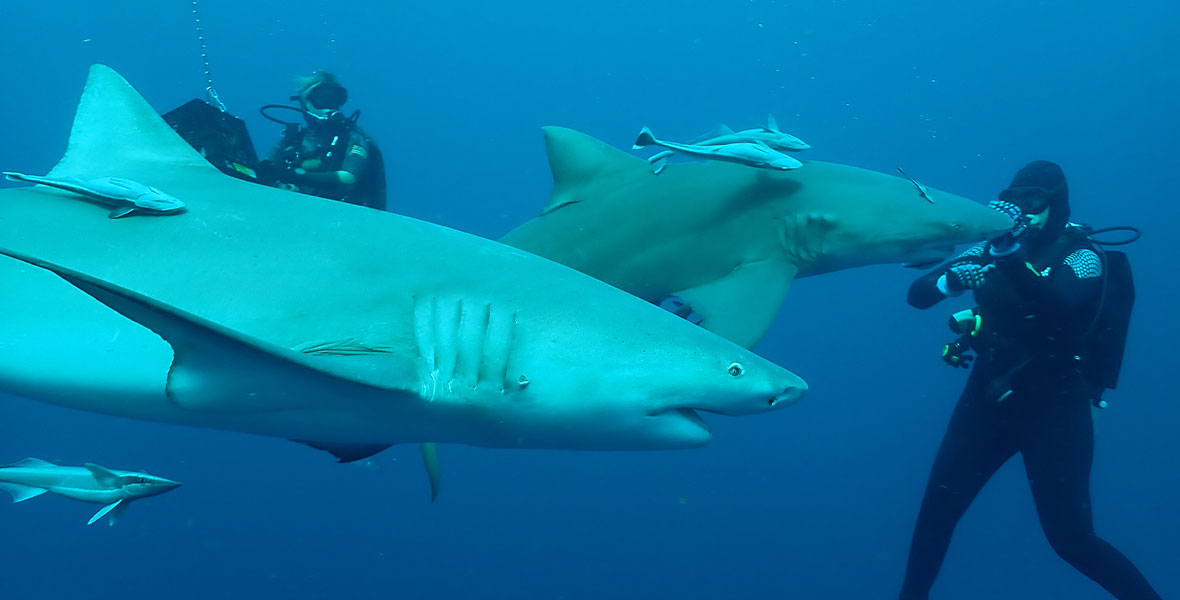 Dr. Mike Heithaus, the executive dean of the College of Arts, Sciences & Education and a professor in the department of biological sciences at Florida International University, is one of several experts featured in SHARKFEST programming. Echoing Han Vissering, Heithaus says, “We’ve just scratched the surface of what’s out there.”

“People are fascinated by animals that we don’t know well—that we see as very dangerous or from an environment that we are not used to,” he continues. “I come from the cornfields of Ohio, and I was fascinated by sharks. That kid never grew up.”

This year’s fin-tastic SHARKFEST lineup unlocks a treasure trove of new original content, offering a deep dive on over 15 different species with footage from all over the world, including Australia, Costa Rica, the Galapagos Islands, The Maldives, South Africa, the United States (California, Massachusetts, Maine, Florida, Hawaii), and more.

“I think a part of the fascination is a natural inclination to try to understand things you don’t know,” says Candace Fields, a SHARKFEST expert, Ph.D. student studying the population dynamics and geographic population structure of large predators, and member of Minorities in Shark Sciences (MISS). “How can an animal like a whale shark be so massive, but eat something that’s basically invisible to the human eye? How can we have all these species that are so dangerous and so feared, yet the amount of shark and human interaction is so low? We’re shifting away from intense fear, which was instilled through films like Jaws, to being more in tune with the conservation side, wanting to save sharks and protect them. Sharks equal a healthy ocean, and a healthy ocean equals sustained life—whether you’re from the ocean, like me, or you’re from the cornfields, like Mike.” 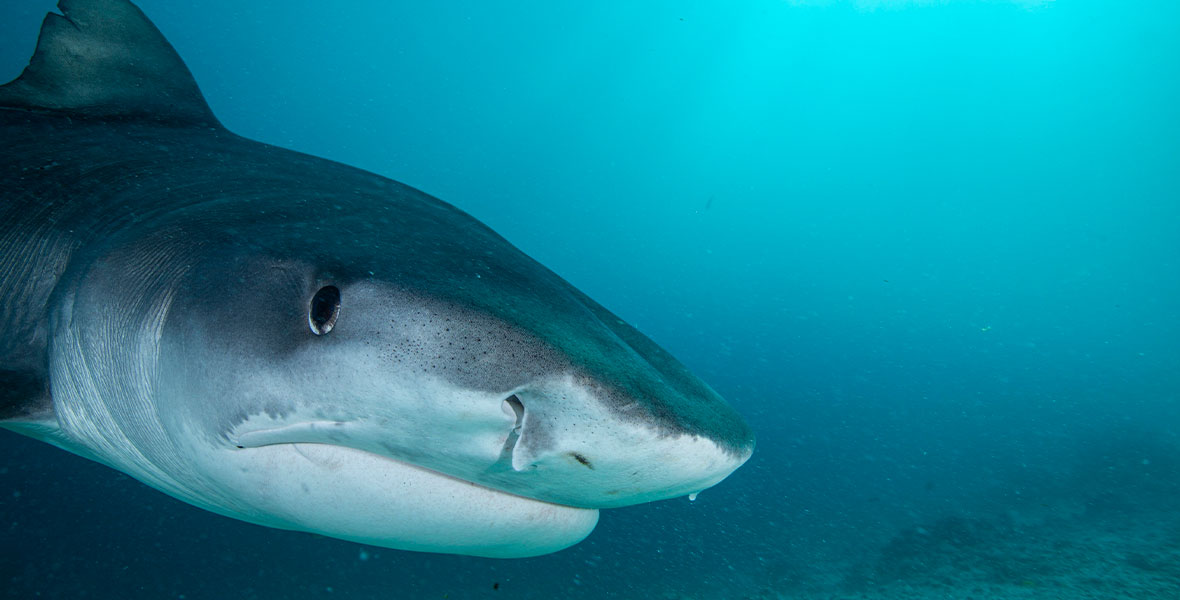 For this milestone SHARKFEST, National Geographic partnered with MISS to encourage diversity and inclusion in the shark sciences field and inspire the next generation of scientists, with Fields, Jasmin Graham, and Carlee Jackson lending their expertise. “I was always drawn to sharks,” says Fields. “As I started to watch more [shark programming], I noticed the lack of representation and saw a need to fill that void as a Black female in this world.” Gibbs Kuguru, a Kenyan shark scientist who works with great whites and studies the DNA of sharks, felt the same way. Not long ago, he says, “Some of the biggest movers and shakers who are pushing the boundaries of shark research didn’t have a voice.” He cites Heithaus, in particular, as someone who has continuously created “opportunities for women and people of color” in their field.

“When I go talk to kids in schools, they remember everything from these shows,” Heithaus explains. “If you don’t have the science right—which SHARKFEST does—and if you don’t have the representation, you are simply not doing what you should be doing. It’s just such an honor to be involved with something like SHAKRFEST that is super entertaining and good for our oceans, but also harnesses the next generation of talent and scientists. People like Gibbs, Candace, and Sara—they’re great role models.”

Additional shark experts featured throughout SHARKFEST programming include Sara Casareto, Ryan Johnson, Melissa Cristina Marquez, and Alison Towner, among others. Viewers will get to see these experts across a variety of programs starting this month. “We’ve worked really hard, within NatGeo and Disney, to bring in diverse voices and scientists,” Han Vissering says. “When kids see SHARKFEST, they’ll see that there is a path, that there is a seat at the table. That’s probably one of my proudest moments in celebrating this year’s 10th anniversary. There are different voices—there are more voices—and our company is committed to continuing that effort for another 10 years.” 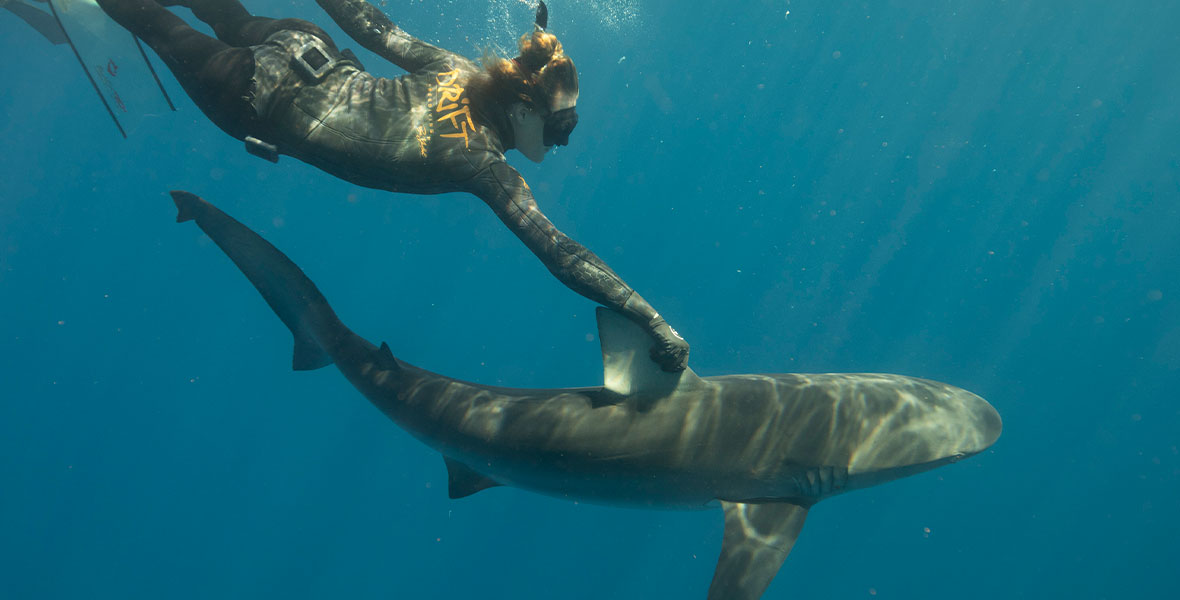 Beginning Sunday, July 10, every SHARKFEST premiere will be available on Disney+ as they rollout across a myriad of linear networks during the weeks-long event. The best-of SHARKFEST specials and series over the years will also be available on Hulu July 10.

This year’s SHARKFEST broadcast dates and times (ET/PT) are as follows:

Sharks vs. the World 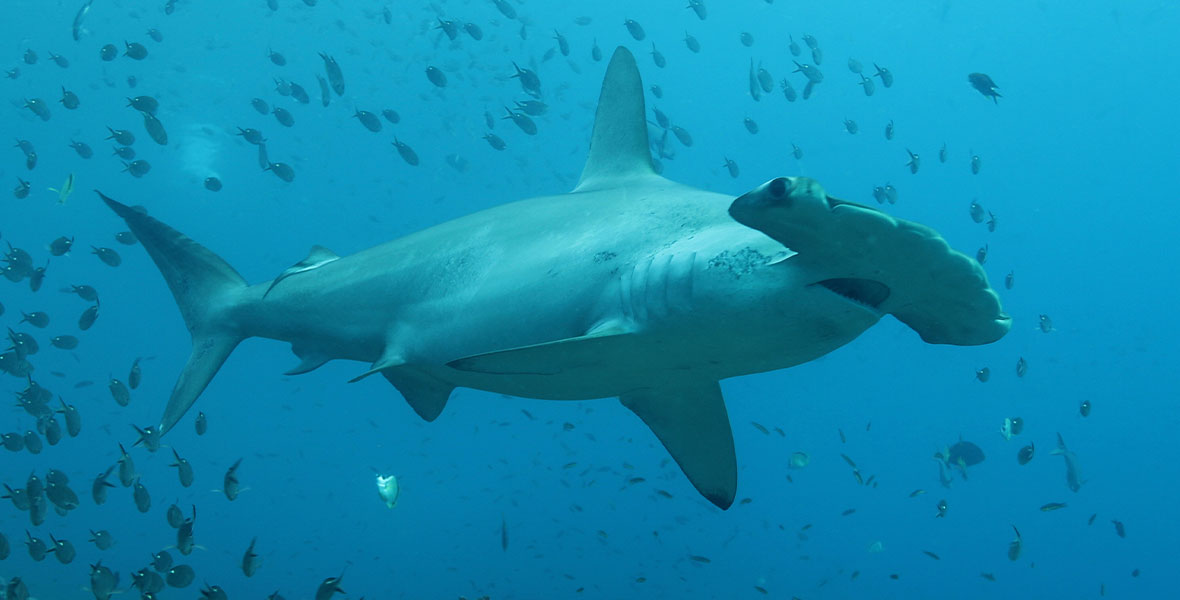 Shark Side of the Moon

Sharks That Eat Everything