Home / News / Headlines / Shang-Chi and The Legend of The Ten Rings Director Destin ...

Marvel Studios’ next hero has arrived!

Just weeks after hosting the star-studded world premiere of Shang-Chi and The Legend of The Ten Rings, the El Capitan Theatre held an opening night fan event hosted by Nerdist on Thursday. As always, fans came dressed to impress, cosplaying as some of the film’s characters, from Shang-Chi and Xialing to Razor Fist and Death Dealer, to name just a few. 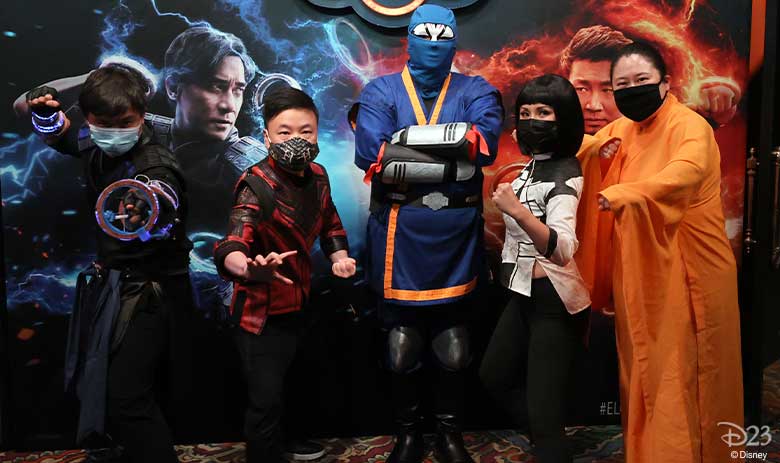 Costumes from the highly anticipated film were on display in the lobby, allowing fans to get an up-close look Kym Barrett’s masterful designs. After taking their seats, fans got a special treat when the film’s director and writer, Destin Daniel Cretton, made a surprise appearance onstage to welcome them to the theater and to introduce them to Shang-Chi!

While onstage, Cretton revealed “one of the more challenging scenes” in the first act is inspired by one of his heroes, Jackie Chan. Careful not to spoil anything, he also said one of his favorite scenes involves Leung’s character “sitting in a library about to do… something.” Before he walked offstage, he thanked the fans for their support, saying, “Enjoy the movie!”

Marvel Studios’ Shang-Chi and The Legend of The Ten Rings stars Simu Liu as Shaun/Shang-Chi, with Tony Leung as Xu Wenwu, Awkwafina as Katy, Meng’er Zhang as Xialing, Fala Chen as Li, Michelle Yeoh as Ying Nan, Florian Munteanu as Razor Fist, Andy Le as Death Dealer, Benedict Wong as Wong and Ben Kingsley as Trevor Slattery. The movie is now playing exclusively in theaters, and you can purchase tickets via Fandango. 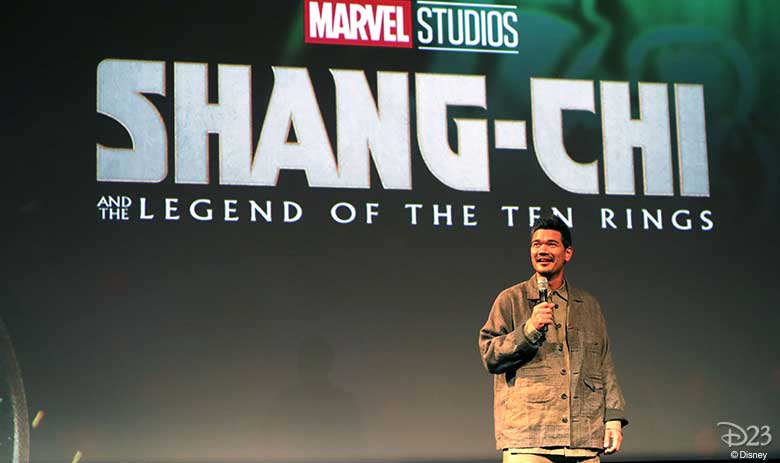 In Marvel Studios’ Shang-Chi and The Legend of The Ten Rings—part of the MCU’s Phase Four—Shang-Chi is forced to confront the past he thought he left behind when he is drawn into the web of the mysterious Ten Rings organization. The film is produced by Kevin Feige and Jonathan Schwartz; executive produced by Louis D’Esposito, Victoria Alonso and Charles Newirth; and co-produced by David J. Grant.

*Limit one popcorn and drink per member card.